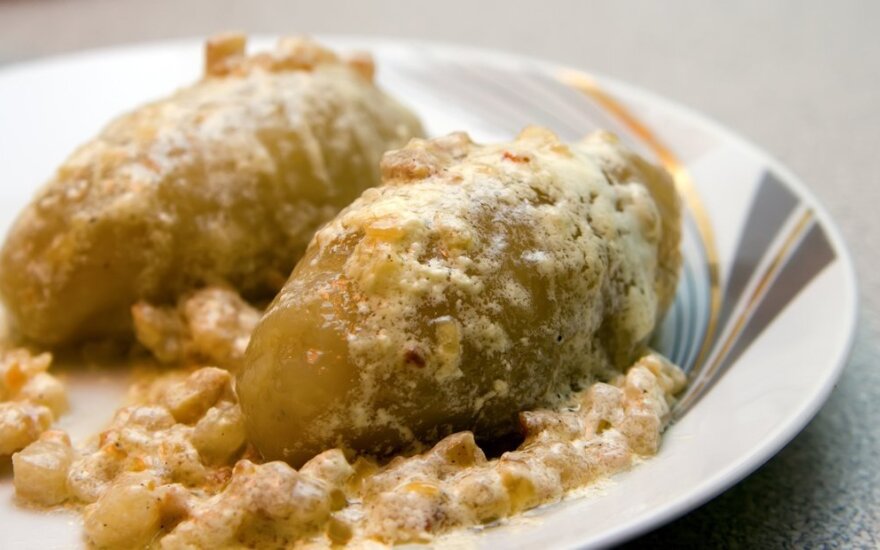 The cepelinas is a traditional Lithuanian dish that consists of boiled grated potatoes stuffed with (usually) meat. They are often served with sour cream mixed with fried bacon bits, onions, dill or butter. Cepelinai are also often made with mushroom or cheese stuffing.

The cepelinas holiday was reportedly invented by the Lithuanian-American community. Across the US, the Superbowl, the game that will decide that year's American football champions, draws people together for large annual viewing parties. For one such party, Juozas Vaičiūnas, member of the Lithuanian-American community in Detroit, noticed that cepelinai would be the perfect food, given their similarity to footballs. Since then, the holiday, which has gone international, has coincided with the Superbowl, which is usually held on the first Sunday in February.

The holiday is an opportunity for culinary feats of wonder, like for the Lithuanian club in Cleveland. For this year's World Cepelinas Day, the chef at Gintaras Restaurant in Cleveland promises to make six different kinds of cepelinai stuffed with pork, farmer's cheese, mushrooms, a beef, onion and bacon stuffing, salmon, and cepelinai with corned beef, sauerkraut and cheese modeled on the popular Reuben sandwich.