Ludo Segers | the Lithuania Tribune
aA
he 1950s and 1960s were different times for professional athletes. Johnny Unitas was paid a starting salary of $ 7,000 a year in 1956. Adjusted for inflation, that would be about $60,000 in 2014 terms. Most players in those days, certainly the players of the Baltimore Colts, would be living and playing in the community. In addition, they would work in the same communities during the off-season to supplement their income. That looks like light-years away from today’s conditions for professional athletes where multi-million dollar salaries and living in ostentatious mansions are the norm. 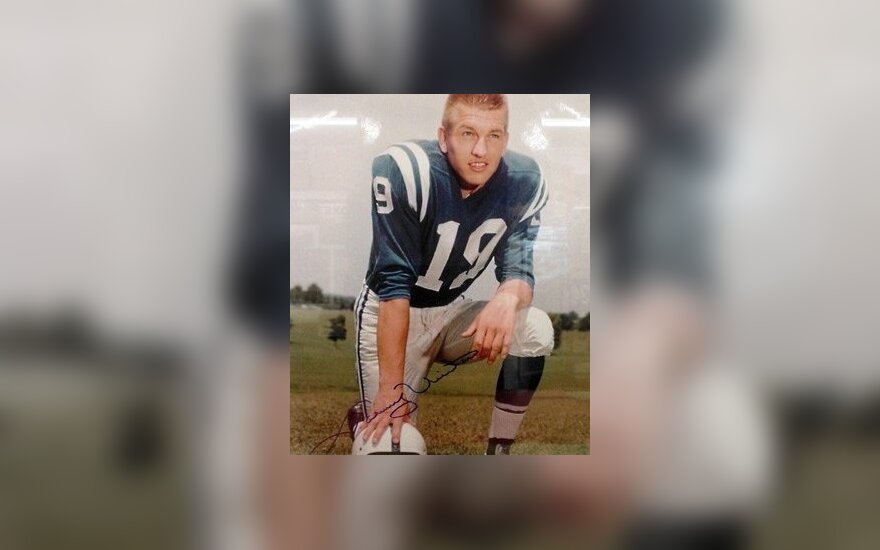 Baltimore always had been more of blue-collar city and very different from the US Capital, just 30 miles to the South. Most of the jobs were with industrial companies, such as GM, and the port activity. Baltimore is still today the most important harbour on the Eastern seaboard. The Baltimore football fans were very loyal to their local sports team and they certainly identified with Johnny Unitas, the star player of their team. Players were selfless and team focused, ensuring that the sum was much larger that the individual. Johnny Unitas with his can-do attitude fitted right into that community. He was a very down to earth and an unassuming man sporting a crew cut just like many of his fans. When an interviewer asked him how he had become such tough player, he answered that growing up eating potatoes three times a day, would turn anybody into a tough person.

In the 1950s baseball, not football was the most important game in Baltimore and in most of the US. That all ended in 1958 when Unitas led the Colts to a 23-17 victory in the NFL championship against the Giants. That game in New York City’s Yankee Stadium has become legendary and is generally acknowledged as ‘The Greatest Football Game Ever Played’. That game did not only propel Unitas to stardom but also shot the popularity of professional football past other sports in the USA. Unitas led the Colts to three more championship victories and he became the league’s Most Valuable Player 3 times (1959, 1964, and 1967). He went on to play 16 years with the Colts until 1972 when he was traded to play his final years for San Diego. Unitas played a total of 18 years as a pro football player. In 1979, he was inducted in the Football Hall of Fame.

Many books and stories were already published during Johnny Unitas’ lifetime. In addition, there were many articles in specialised magazines such as Sports Illustrated. Tom Callahan’s book, ‘Johnny U’, portrays the life and career of Unitas and the wider context of society and the civic values of the times. In this critical acclaimed best-seller, Callahan describes how the game evolved as well as life in and outside the football stadium. Many remember that era with fondness. When people suggested to Johnny that he would eventually become the subject of a movie, he brushed that aside with his typical modesty and wondered who would be interested in watching such movie.

There is probably no one more deserving of being the subject of a movie as Unitas who symbolises that perseverance, hard work and decent values can ultimately lead to success. Johnny’s son, Joe Unitas with some associates have now transformed the Callahan book into a movie script. Unitas We Stand, the movie, will concentrate on the period from the late 1930s up to the 1958, ending with that legendary game against the Giants. With substantial feedback from the movie industry, that script has turned into a robust project, ready to go into production. The casting for the movie is still some time away. Joe Flacco, the present Baltimore Ravens’ star Quarterback, agreed to play the action parts of Johnny Unitas on the field during that the scene of that 1958 championship game. For now, the project managers are looking for major financing to turn the script into a big screen reality. A website has already been set up for the movie and fans can contribute in various forms.

In 2013, one of Johnny’s sons was a special guest at the Lithuanian Embassy in Washington, DC, during an ExCEL event celebrating Lithuanian-American educational ties. John Unitas presented Ambassador Žygimantas Pavilionis the number 19 jersey and an autographed photo of Johnny Unitas. The picture hangs proudly in the Ambassador’s office.