aA
Lithuania became a member of the European Union in 2004, and since that year almost 470,000 people have emigrated from the country. Now, many of the so-called “generation of independence” - the first generation of Lithuanians to be born after the collapse of the Soviet Union – are returning. And, with their degrees from prestigious universities and their experience working in international companies and organisations, they are having a big impact. 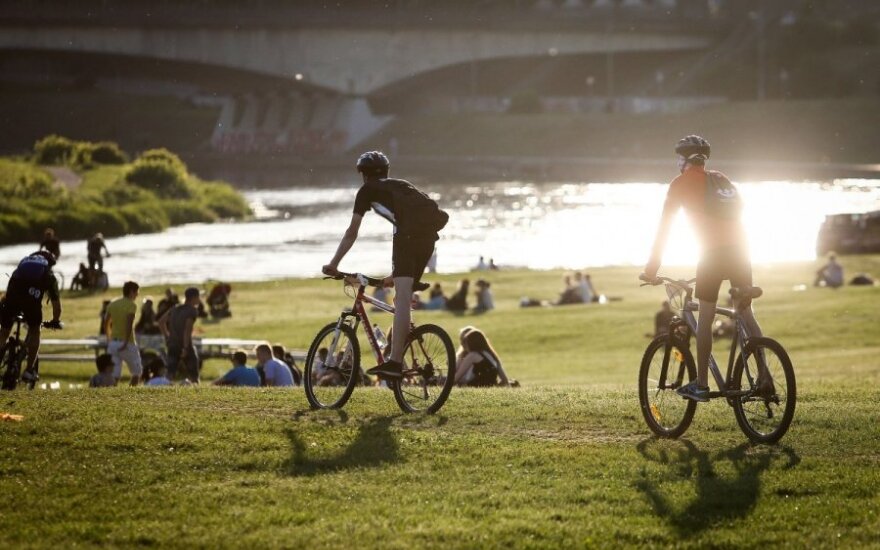 The most significant contributions to Lithuanian public life are being made by those returnees who are part of the Create for Lithuania programme. The scheme aims to attract the brightest and best back to Lithuania to work for a year in public sector institutions. In the last three years almost 70 top graduates, all with international experience, have shared their knowledge and expertise in public offices including the parliament, government ministries, municipalities and state-run enterprises.

Create for Lithuania was initiated by the government investment agency Invest Lithuania, and is currently the only programme focused on providing professional development and the application of best foreign practices in Lithuania. Its success, leading to an expansion of the programme in 2014, is due to the fact that it gives dynamic young professionals the opportunity to contribute their knowledge and ideas towards Lithuania’s development.

During their year of work, Create for Lithuania participants submit proposals suggesting reforms or policies that should be adopted. So far, almost 300 proposals have been submitted by young professionals on the programme. They address topics as diverse as the improvement of the investment environment, the promotion of entrepreneurship, the enhancement of social security and competitiveness, the improvement of Lithuania’s image abroad, and the promotion of citizenship.

Many of these proposals have been implemented. One example is an amendment to Lithuania’s migration laws which is now enabling Lithuania to attract highly qualified foreign specialists. In another case, modifications of the Labour Code have reduced the administrative burden placed on businesses. Other examples include Lithuania’s first ever bio-bank, a deposit system for plastic and tin drinks containers, and a feedback assessment model that is enabling the public sector to improve the services it provides for businesses.

And it is this ability to use their experience to affect lasting change in Lithuania that has motivated so many to join the programme. Most participants of the Create for Lithuania scheme are graduates of prestigious global universities who had other career opportunities abroad.

Paulius Valiulis is one such case. Having earned a Master’s degree in Logistics and Science Management in the UK, Paulius joined Create for Lithuania despite receiving lucrative work offers outside Lithuania. “I had several offers: I could have stayed in London or gone to Cyprus, Turkey or the Republic of South Africa. However, when I was offered the chance to come back home, I did not hesitate for long. When life offers you a chance to acquire unique experiences that will be beneficial both for you personally and for your country, you cannot refuse”.

Significantly, the programme is attracting talented professionals who would not otherwise have returned to Lithuania. 99% of participants indicated that they would probably not have decided to come back had it not been for Create for Lithuania. Remarkably, about 90% of them then remain in Lithuania to work after completing the programme, with almost a third of them staying in the public sector.

From Afghanistan to Anykščiai

The success of the programme led to it being expanded in 2014 to include municipal governments across Lithuania. For six months now, Create for Lithuania participants have been working in seven municipalities, addressing issues of social and economic exclusion, and the improvement of regional competitiveness. 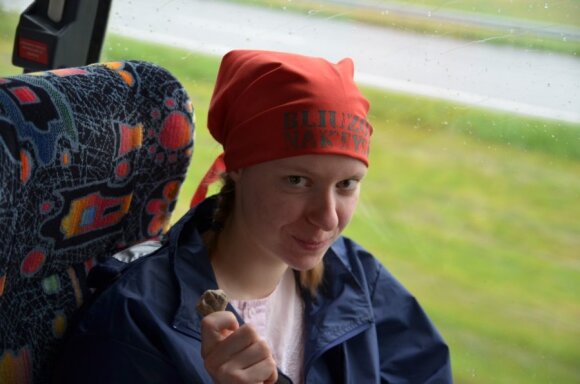 Miglė Satkauskaitė is one of the top graduates helping the Lithuanian regions to prosper through Create for Lithuania. Following her studies in the United Kingdom, she underwent training in the USA and Afghanistan. Her last stop before returning to Lithuania was Jordan, where she made a documentary film about the life of Syrian refugees. But further plans to travel around the world were put on hold when she received an offer to take part in Create for Lithuania working for the District Municipality of Anykščiai, a town of 12,000 people in northern Lithuania.

“I accepted the position in Anykščiai because I knew that here my experience could be put to good use. You could live in a big city and earn a solid salary, as you had dreamed of doing all your life, and end up hating what you do. Or you could realize yourself by contributing to positive changes in people’s lives. I chose the latter option’, said Ms Satkauskaitė, who is involved in promoting the entrepreneurship of local communities in Anykščiai District.

Ms Satkauskaitė and her colleague at Create for Lithuania, Eimantas Matulaitis, have developed a network for entrepreneurship consultancy in local communities. The project, which was presented in Anykščiai several weeks ago, was met with lively interest by the communities and has already given rise to concrete partnerships. Through these partnerships, local businesses will buy various services from local communities, ranging from milling grain to harvesting to drying herbs.

Create for Lithuania is also helping the Lithuanian government in its goal of encouraging more young, talented Lithuanians to return from abroad. According to the Prime Minister Algirdas Butkevičius, the number of young people returning to Lithuania is a testament to the growth and development levels Lithuania has achieved since independence. He also believes it is proof that there is now a generation of citizens keen to help Lithuania improve and develop.

“I am inspired by the determination of these young people to create for their country. They are promoting development and growth in a range of areas by applying international best practice. Create for Lithuania has already set an example for other countries. The programme has been praised in the international media, and defined as exemplary by the United Nations Conference on Trade and Development.”

The Prime Minister also believes that, while the public sector is sometimes averse to change and reluctant to implement the new ideas brought by these young professionals, they are playing a key role in enhancing the effectiveness of the public sector. “A lot has already been achieved in just three years. The effects of these new ideas are being felt in the business community, the public sector and by the people of Lithuania. As a result, the government will continue to fully support this programme in all possible ways. I hope that in the future even more state institutions and municipalities will participate in the programme.”

Indeed, state support has seen many projects suggested by Create for Lithuania participants implemented on a national level. The State Progress Council is a government body that funds 14 projects annually, and is comprised of government ministers, representatives of the public and private sector, science and arts experts, and public figures. There were seven projects initiated by participants of the Create for Lithuania programme in the Council’s 2014 list of actions.