aA
Dr. Nerijus Maliukevičius, lecturer of Vilnius University's Institute of International Relations and Political Sciences, Russian and East European Studies Centre, presented the report “Russia’s Use of Information Operations in the Baltic States” at the international seminar on "Information Operations as a Foreign Policy Tool - the Situation in the Baltic States and Consequences for Sweden” which took place in Stockholm on 19 May. 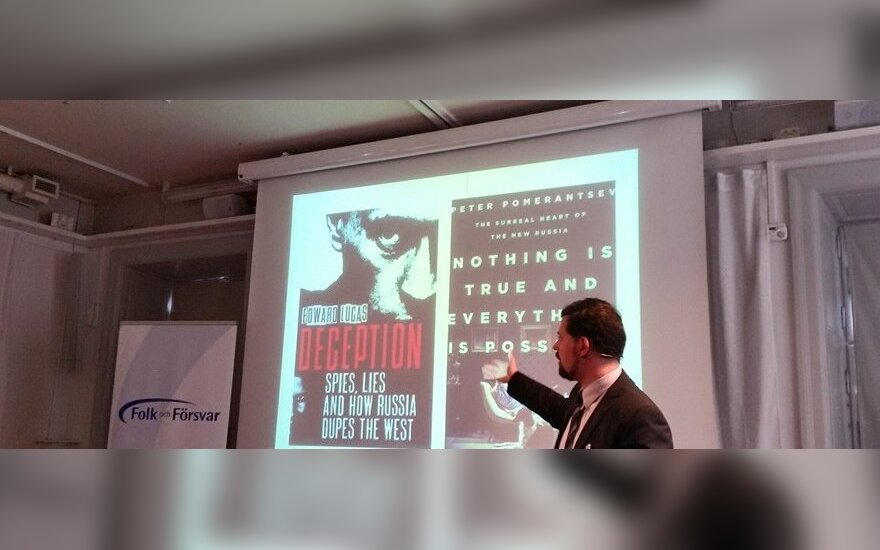 The seminar, which was organized by Lithuanian and Latvian embassies together with Swedish non-governmental organization “Society and Defence” (“Folk och Försvar”), was attended by high number of information experts, politicians, diplomats, public authorities and the media.

Ambassador Jānis Kārkliņš, director of NATO Strategic Communications Centre of Excellence in Riga, introduced the subject - communication and information used and deployed as a strategic tool.

The media was represented by one of Sweden's largest daily newspapers and online publications “Aftonbladet” political analyst Anders Lindberg who reviewed the role of media in information operations.

On the eve of the seminar, 18 May, at the invitation of Lithuanian Embassy in Stockholm, Dr. Maliukevičius introduced the topic "Tools of Destabilization: Russian Non-military Influence in the Baltic States" at the seminar "Economic developments in the East and the West and their effects on Baltic countries" organized by the Lithuanian business club in Stockholm, in cooperation with Estonian-Swedish Chamber of Commerce (ESCC) and Investment and Development Agency of Latvia (LIAA). 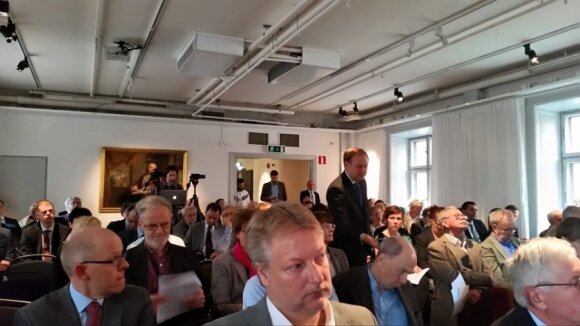 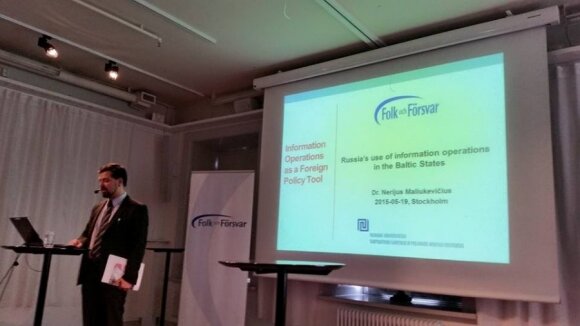