BNS
aA
A statue of Lithuanian poet and diplomat Oscar Milosz (Oskaras Milasius in Lithuanian) has been unveiled in Fontainebleau, a town near Paris. 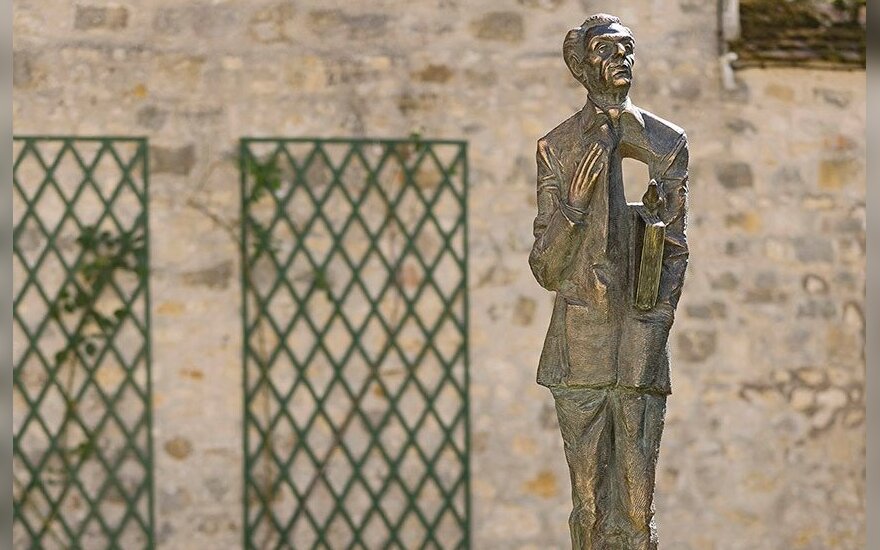 The monument was unveiled in the garden of the town's La Charite Royale cultural center on Sunday, the Lithuanian embassy to France said.

Nerijus Aleksiejunas, Lithuania's ambassador to France, said during the ceremony that the poet and diplomat had significantly contributed to the restoration of Lithuania's statehood in the early 20th century.

"Today Milosz is an inspiring example of what one person, not even living in Lithuania, can do for his country," Aleksiejunas was quoted as saying in the embassy's press release.

The ambassador also said that the statue would become a symbol of Lithuanian-French cooperation.

The statue was funded by the Friends of Milosz association and designed by Lithuanian sculptor Klaudijus Pudymas.

Milosz was born in present-day Belarus in the late 19th century. He lived in France for most of his life, received his education there and wrote mostly in French.

The poet also worked as a diplomat at Lithuania's embassy in Paris during the interwar period.

The newest sculptural highlight in the city is dedicated to the Blessed Teofilius Matulionis ,...

Monument NKVD staff in southwest Lithuania should be removed – mayor

The monument to the Soviet People’s Commissariat for Internal Affairs (NKVD), which has been tainted...

The mayor of Kaunas and the Vytis Support Foundation signed on Thursday an agreement for a statue of...