www.lrt.lt
aA
Lithuanians from all over the world will gather in Harmony Park near Prienai for the second annual summit of World Lithuanian Youth 2014 to be held from July 10-13. The World Lithuanian Youth Association says that the event will focus on topics such as science, business, politics, and culture, LRT.lt reported. 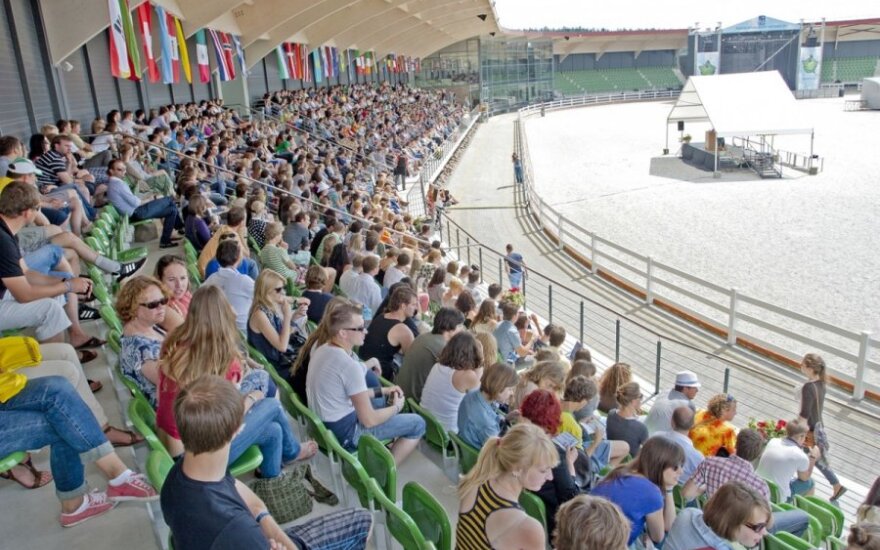 Festival youth, together with specialists will discuss higher education, businesses, Lithuanian artistic identity, and other issues. The agenda also features sporting tournaments, Lithuanian film screenings, and musical performances. More than 150 business representatives specialising in culture, politics, and science will cooperate in the festival.

“I am delighted that so many active people agreed to read messages and participate in discussions, meetings, workshops, and hold performances on stage. We received a great deal of attention and support from fellow citizens, as well as Lithuanians living abroad. This is the best proof that such meetings are necessary. I have no doubt that it will be four days full of valuable connections and pleasant meetings, “said Ieva Davydenko, one of the initiators of the event.

One of the main speakers at the meeting will be long-time U.S. congressman and former Head of the US House of Representatives, Dennis Hastert. He will be reading a message entitled ‘Responsibility to make our own history’.

After the September 11th attacks on the Pentagon and World Trade towers, Hastert initiated several anti-terrorism laws, and helped create the US Department of Homeland Security. Since 2008, he is the chief advisor to public policy and legal issues for Dickstein Shapiro, a legal firm specialising in lobbying.

In 2004, Hastert was awarded the Order of Lithuanian Grand Duke Gediminas.

An essay promoting the event theme, ‘Only the sky is the limit’, will be read by the eccentric Andy Khawaja, director of the multi-billion corporation Allied Wallet.

Every citizen’s importance in global security will be explained by J. Michael Waller,a professor and specialist in strategic communication, public diplomacy, and information and psychological operations.

Political messages will be read by Foreign Minister Linas Linkevičius, the Lithuanian Ambassador to the United States and Mexico Žygimantas Pavilionis, and ‘Antis’ leader and architect Algirdas Kaušpėdas.

Debates will be joined by Vilnius Mayor Artūras Zuokas, Eastern Europe Studies Centre Analyst Marius Laurinavičius, Advisor to the President of the European Parliament and the Belgian Lithuanian community Chairman Arnoldas Pranckevičius, and the European Union ambassador in Moscow Vygaudas Ušackas among others.

One of the founders of the immensely popular video-editing program ‘Pixelmator’, Aidas Dailidė will share his insights on personal business development in the message initiated by ‘Versli Lietuva’. Lithuanian macroeconomics topic will be explored by Kęstutis Šliužas, CEO of ‘Teo.lt’, who has recently returned to Lithuania, and by Boleta Senkienė, the Sultanate of Oman Honorary Consul in Lithuania.

On Saturday, the economist Nerijus Mačiulis will provide insights about the technology that is changing the world and the labour market. The path from academic studies to commercial success will be debated by Vice Minister of the Economy Marius Skarupskas, MITA director Arūnas Karlonas, and Chairman of Lithuania Electromobile Association Laurynas Jokužis.

Lithuanians all around the world, together with KTU professor Daiva Leskauskaitė, will touch upon the synthetic food theme, and will examine its future prospects.

The festival will include a presentation of ‘Nematomas frontas’ (Invisible front), a distinctive film based on witnesses’ accounts and directed by Vincas Sruoginas and Jonas Ohmanas. Cezaris Graužinis group, which has been awarded Golden Stage Cross, will show a play ‘Drąsi šalis’ (Brave country). Sports enthusiasts will enjoy basketball, soccer, volleyball, and running tournaments.

Ray Bartkus, a Lithuanian artist living in New York, will construct a spectacular installation of light bulbs reminiscent of an aircraft runway.

A broad spectrum of technological and artistic workshops will be available.