Portland's Lithuanians have a new player to root for

Laurynas R. Misevičius from Portland, USA
aA
Members of the Lithuanian community in Portland will once again be able to regularly observe as one of their countrymen participates in the American sports scene. 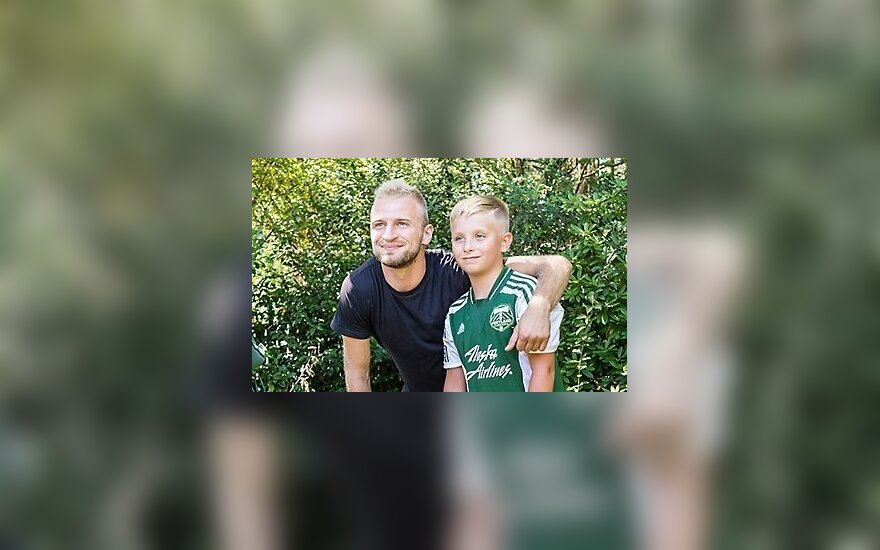 Since the final retirement of legendary Arvydas Sabonis from the Portland Trail Blazers in 2003, sports fans from the community would have to look forward to teams from Toronto or Houston to play away games in Portland to see their countrymen playing live.

This changes this year, however. With the local Portland Timbers football (the European sort) team finding itself in the market for a left-back after their former defender moved to the stronger Mexican leagues, they turned to Vytautas Andriuškevičius.

The player from Alytus may very well have gone on the path of basketball as is wont for many Lithuanians, seemingly being in our DNA with many dreaming to be the next Sabonis, Marčiulionis or other revered player.

For better or worse, the young Vytas lived too far away from basketball practices, therefore had to opt for football practices that would happen relatively closer. From then on, his career would take him from a Kaunas youth league and also a tenure in the Vilnius Vėtra project to an international career at the age of eighteen, playing for Polish, Swedish and Dutch teams and also representing the Lithuanian national team with a notable defensive effort in the 2015 FIFA World Cup qualifiers.

Coincidentally, the MLS league was founded exactly twenty years ago, the exact same year when Arvydas Sabonis made his début on the other side of the Atlantic. The second Lithuanian to play in the NBA (Marčiulionis being the first) left an inerasable connection between Lithuanian sports history and the city of Portland.

Now, donning the number 5 uniform, Vytautas will be striving to further this connection and show that Lithuania is the birthplace of not only excellent basketball players. His first contribution to his new team was on July 31 in the packed Portland Providence Park stadium in a match against the Kansas Sporting club. Already among the ranks of the famous Timbers fans, we could see the Lithuanian flag raised and waving proudly.