(1)
BNS EN
aA
Members of the Lithuanian national minority living in Poland expect to voice their concerns to Lithuanian Prime Minister Saulius Skvernelis over the education situation, such as a lack of Lithuanian-language textbooks in local schools and proposals that may restrict Lithuanian history and geography classes and support from Lithuania. 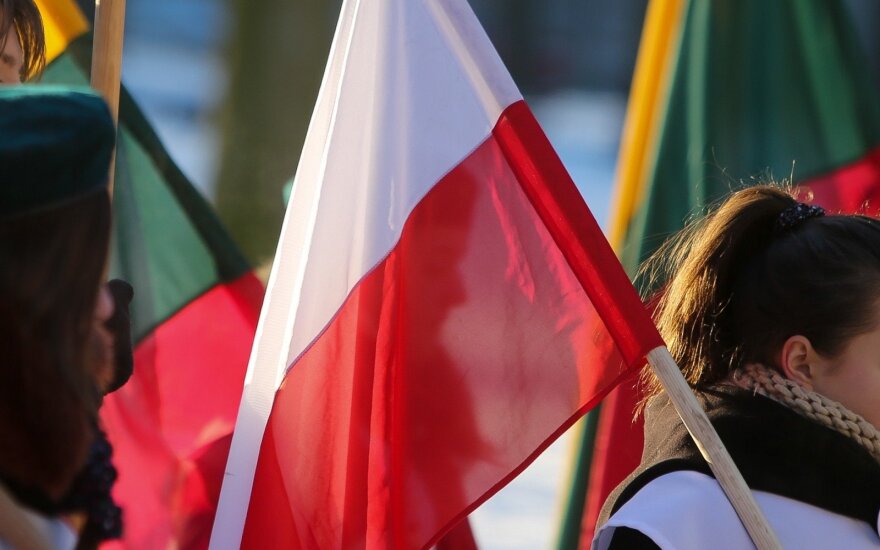 Danutė Valukonytė, chairwoman of the Lithuanian Community in Poland, says that Skvernelis' decision to celebrate the Assumption Day in the Polish town of Punsk is important for local Lithuanians as a sign of Lithuania's support.

"We are happy that the prime minister is coming. We do need support so that we can feel that we matter to Lithuania," she told BNS.

According to Valukonytė, members of the Lithuanian community plan to inform Skvernelis about their problems regarding the education reform.

Algirdas Vaicekauskas, principal of the Lithuanian-language Žiburys secondary school in Sejny, in northeastern Poland, says that students have to learn from Polish textbooks even in Lithuanian-taught classes, adding that Polish authorities have been slow in tackling this issue.

"We have textbooks only for the Lithuanian language. Other subjects are taught using Polish textbooks. The issue of textbooks is highly topical, but very sluggishly dealt with," he said.

According to the principal, a Polish education minister decree, which is being drafted, may also cause problems by restricting funding for Lithuanian history and geography classes.

The principal noted that a court dispute over the Sejny local authority's debt to the school was still ongoing.

Adding to the concerns is a bill drafted by the so-called Patriotic Movement of Poland to ban foreign governments from funding non-governmental organizations, which may prevent Lithuania from supporting local Lithuanian activities, he said.

Around 5,000 ethnic Lithuanians live in Poland.

Lithuania's Prime Minister Saulius Skvernelis is going to the Polish city of Punsk next week to...