'People know too little about Lithuania and the qualities you have'

the Lithuania Tribune
aA
Espen Selvik, Honorary Consul of Lithuania in Bergen, talks about his links to the country he represents in Norway. 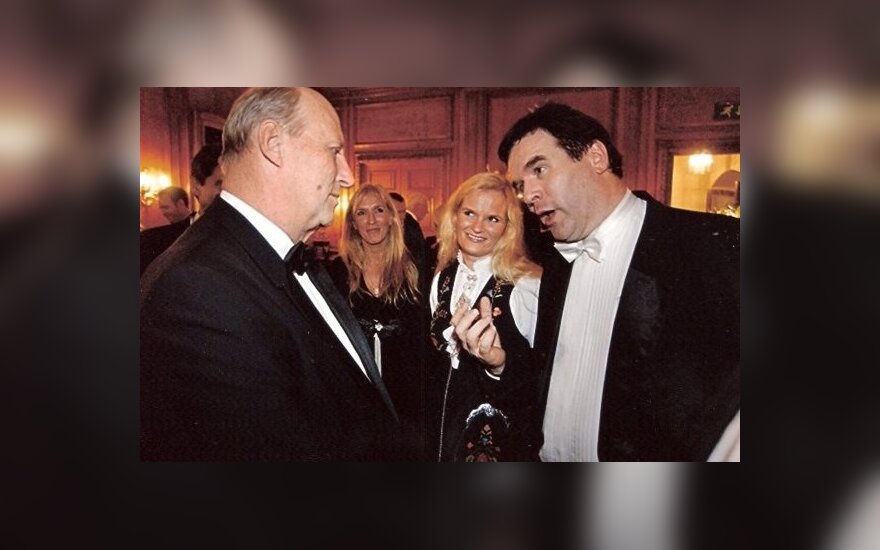 When I was younger, I played basketball at a quite high level in Norway, however we are not a great nation in this sport. Sabonis and Kurtinaitis are some of my heroes from those earlier days, and I always have admired how Lithuania can be a phenomenal nation in this world sport. I also have great interest in the composer and painter M.K. Ciurlionis who I regard as a world-class artist.

I was also working in different organizations in Norway in the 1990s, and we had close and important contact with Lithuania to support and assist you in the years after the collapse of the Soviet Union. I travelled a lot around and gave advice on projects to a wide range of partners, cities and schools. Together with Gunnar Dale, Brynjulv Hernes and Nils Skavhellen in Hordaland County Council we developed some great projects which I think played an important role for Lithuania.

Since I was a little boy, I was always interested in exploring new territories. I therefore have education in very different topics from business administration, economics, engineering, language, philosophy, composing music, conducting orchestras, writing books and dramas for theatres and in addition be an artist. That is why I have been active in many different networks in Norway and abroad, and this has been a great resource to promote projects and be a helper for people in business and arts.

I was studying music in Czechoslovakia in Soviet times, and I met there many good people who struggled with the political system. I was very interested in human rights and my professor from Norwegian School of Economics Thorolf Rafto was a great inspiration for me. I was later involved in many organizations who worked for such values like the Nansen Human Foundation. In the 1990s I also was happy to meet Vytautas Landsbergis on several occasions, and the famous journalist Hans Wilhelm Steinfeld who played an important role in the events in Vilnius in 1991, is a close friend of mine and we often discuss politics and life around the world.

I have some ideas to promote Lithuania in a new way: A multi-media show consisting of Mindaugas the Great, M.K.Ciurlionis, Sabonis, and choir-song. We live in a world with a lot of information overload, and I wish to present Lithuania in an original and breath-taking way, just because Lithuania is a very unique cultural country.

People here have a tendency to know too little about Lithuania and which values and qualities you have. Often Lithuania is mixed with Poland and Latvia, and we need to improve information generally about Lithuania. You need to be more specific when you speak about what your country can offer, and you must even more find good partners in other countries to cooperate with.

Norway has a close and strong relationship with Lithuania. I remember when your president visited HM The King of Norway in 2011 and I saw a dear and honest interaction between the two countries leaders. This contact I wish to develop even more! We are brothers of the Nordic region.

I think Norwegians and Lithuanians are a good match because we belong to small countries of size and population, but we have a large heart and a desire to explore and make good things happen.

How did you become an Honorary Consul of Lithuania?

Because of my wide range of contacts and experience with both business and the arts, I was asked to become honorary council for Lithuania in Bergen. This was a great honour and I felt gratitude and also committed to your country as my second homeland.

To be an honorary consul means that the phone never sleeps, and I am available all the time. It is a mix of representing Lithuania and being visible as their representative in Bergen and Norway, also to give concrete advice and solve special situations when they occur. Meetings with mayor or ministers in the government are also happening regularly. It is never boring!

The people. Kind, hardworking and honest citizens. I feel at home when I am in your country.

I compose music for theatre, film and symphony halls, I like to ski (slalom), also I write dramas and write books for reflection and joy.

I now am working on my last book and hope it will be ready just after the summer. It is a huge work of more than 1,000 pages and is describing some new aspects of life and being a part of something greater than ourselves. I am also working on an opera based on the famous dramatist and author Jon Fosse's play "The Son", plus my 7.symphony.

I have also founded some cultural festivals in Norway, and some orchestras too. This I am quite proud of. As you can see, I have no problems with filling my time.

"Ever since I can remember, my Mother used to tell us where our grandparents and great-grandparents...

'The Lithuanian experience is so important to Ukraine' – Hon Consul

The Lithuania Tribune talks to Vitaliy B. Antonov, Honorary Consul of Lithuania in Lviv, Ukraine .

‘Mongolia and Lithuania are both small, brave and proud nations’ – Honorary Consul

Distinguished guests came to the opening of the Honorary Consulate of the Republic Austria in...