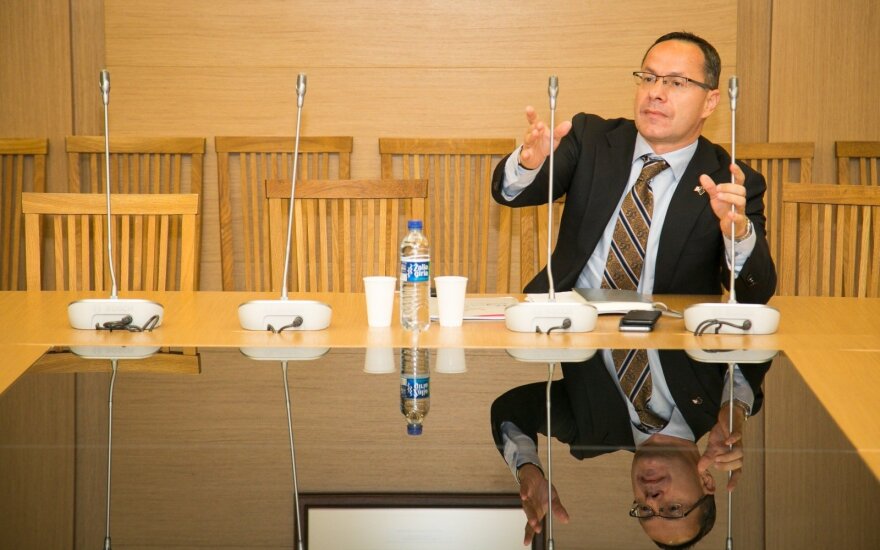 The court held an open hearing in the dual citizenship case, with a resolution expected on Friday.

"By not allowing our citizens to strengthen their connection to another EU country, we lawfully and unreasonably restrict their right to free movement and a possibility to build their lives in another EU member-state. Formally such people are free to reside in another country and build their lives there, however, in reality they have to accept not being able to freely acquire citizenship of the country, and if they decide to do so, they have to give up their earlier citizenship, i.e., the citizenship of Lithuania," Pavilionis, the parliament's assigned representative for the case, told the court.

"The current regulation, when a person who has acquired citizenship of EU member-states is not allowed to acquire citizenship of these countries leads to contradictions. On one hand, we promote free movement of citizens, education abroad and investment in countries meeting the criteria of trans-Atlantic integration and we expect the same investment in return, however, instantly 'punish' the Lithuanian citizens who chose citizenship of another country," he added.

The parliament asked the court to establish whether dual citizenship should be allowed for citizens who left Lithuania for EU and NATO countries after the country regained independence in 1990.

Nevertheless, the MPs think that the growing emigration numbers and increasingly frequent mixed marriages after Lithuania's EU entry set a premise for revision of the Constitutional doctrine. The address to the court came amid concerns that the Lithuanians living in the United Kingdom would choose British passports after Brexit, thus giving up their Lithuanian citizenship.

The MPs note that dual citizenship is already held by over 25,000 persons, therefore, this is not consistent with the official doctrine of dual citizenship being an extremely rare exception.

A poll conducted by RAIT pollster for BNS in April suggests that 60 percent of the population agree to dual citizenship for the new generation of emigrants.