aA
On the occasion of the 75th Molotov-Ribbentrop Pact and the 25th anniversary of the Baltic Way, the Baltic communities of Sweden in co-operation with Estonian, Latvian and Lithuanian Embassies, Estonian Swedes Cultural Organisation and the Måndagsrörelsen (The Monday Movement) organized in Stockholm a meeting to commemorate the historical events. 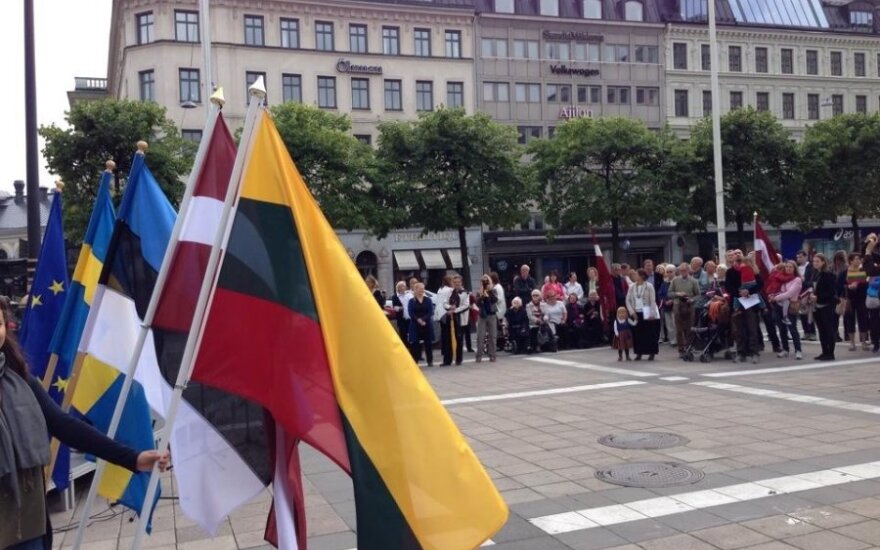 A symbolic Baltic Way rally united the Lithuanian, Latvian and Estonian communities on Norrmalmstorg Square to encourage and support those who nowadays are struggling for their independence and commemorate the victims of totalitarian ideologies as 23 August is the European Day of Remembrance for Victims of Stalinism and Nazism.

The participants of the meeting were addressed by Sarmite Elerte, former editor in chief of the Latvian newspaper Diena, one of the organizers of the Baltic Way, Gunnar Hökmark, Member of the European Parliament, Vice-Chairman of the EPP group, Peeter Luksep, former Member of Parliament and former Member of the Estonian Congress, Håkan Holmberg, political editor-in-chief of Uppsala Nya Tidning. An address by Carl Bildt, Minister of Foreign Affairs of Sweden, was read to the participants of the meeting.

The Baltic Way was a peaceful political demonstration that was held on August 23, 1989. Approximately two million people joined their hands to form a human chain spanning over 600 kilometers across the three Baltic states - Estonia, Latvia and Lithuania. Demonstration originated in "Black Ribbon Day" protests held in the western cities in the 1980s. It marked the 50th anniversary of the Molotov-Ribbentrop Pact between the Soviet Union and Nazi Germany. The pact and its secret protocols divided Eastern Europe into spheres of influence and led to the occupation of the Baltic states in 1940s. 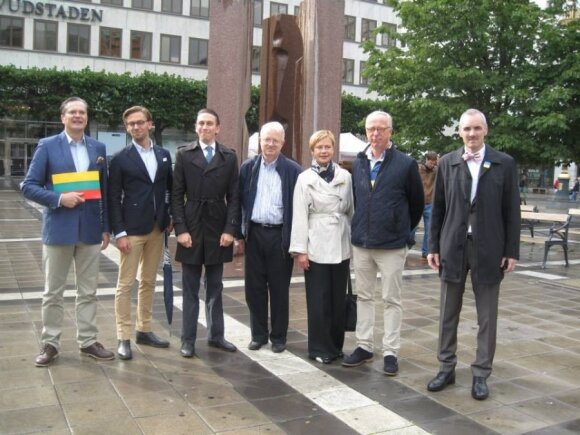 The sequence of the commemorative events concluded a premiere of the film “The Excursionist” by the Lithuanian director Audrius Juzėnas. Addressing the audience, Eitvydas Bajarunas, Ambassador of Lithuania to Sweden, stressed that a high price was paid for freedom and the right to decide our own fate. “Molotov-Ribbentrop Pact divided Europe and led to the 50 year Soviet occupation of the Baltic countries and forced deportation of many innocent people. The memory of those who sacrificed their lives defending the ideals of freedom and independence obliges us to remain faithful to these ideals and to respect and cherish our independence”, highlighted the Ambassador. 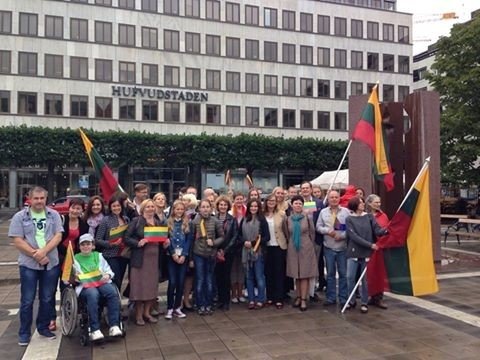 Commemorating the 25th anniversary of the Baltic Way , trees have been planted outside national...

August 23 marked the seventy-fifth anniversary of the Molotov-Ribbentrop Pact that divided Europe...

People in the Baltic countries express their solidarity with Ukraine at events held on Saturday to...