(1)
Christine Neijstrom | The Lithuania Tribune
aA
Earlier this week the media honoured Nadine Gordimer, a Nobel and Man Booker prize winning novelist with a wealth of obituaries. Gordimer died at the age of 90 on 13 July in her native South Africa. Reverent fans and curious new readers peppered social networks with quotations highlighting her defence of human rights and literary bravery in the face of censorship. 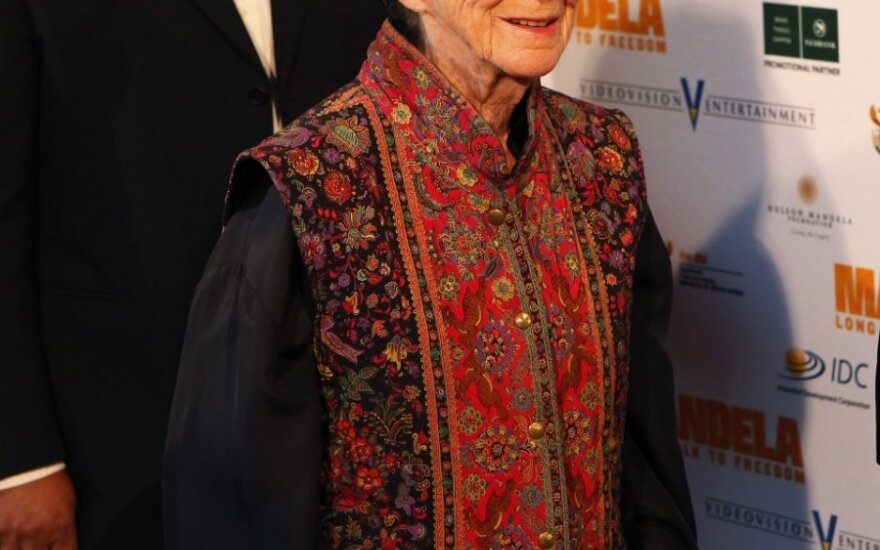 Gordimer’s Lithuanian and Jewish heritage was not entirely clear from the tumble of obituaries detailing her remarkable biography. Yet her Litvak roots gave her a distinct vantage from which to observe and ultimately help dismantle the allegorical foundation of most of her work, apartheid South Africa.

Gordimer was born outside Johannesburg in 1923. Sources agree that her mother was a secular Jewish émigré from London but the Telegraph, the Guardian, the Irish Independent and the Jewish Daily Forward among other publications reported Gordimer’s father was a Latvian watchmaker.

The BBC, the Washington Post and the Wall Street Journal led another group, which reported Isidore Gordimer was Lithuanian.

Nadine Gordimer’s father was, in fact, born during the reign of czarist Russia in Žagarė, a northern Lithuanian town bordering Latvia. Anti-Semitism prompted Isidore to migrate north to Riga before his immigration to South Africa.

Isidore’s disinterest in the oppression of his black neighbors despite suffering persecution himself is critically reflected in Gordimer’s semi-autobiographical 1990 short story, “My Father Leaves Home.” The story, set in Lithuania, is one of more than 200 penned by Gordimer since she began writing at the age of 15. Her writing, including 13 novels, volumes of essays, plays and screenplays has been published in over 30 languages.

Despite much of Gordimer's early bibliography being banned in South Africa, she found readers within and beyond her homeland. Nelson Mandela recounted reading smuggled copies of Gordimer’s outlawed novels in prison in his autobiography, “The Long Walk to Freedom.”

Gordimer's literature is not noted for its politics alone. Her literary peers, including Margaret Atwood, cited her unique and modernist style as an influence on their own work.

Still, Gordimer’s contributions to the anti-apartheid movement and her literary achievements are inextricable—her themes consistently centered on the destructive tolls of injustice on oppressor and subjugated alike.

A sample of Gordimer’s recent work and her obituary for Nelson Mandela can be read here. Her writing honouring Mandela, written just seven months before her own death, is especially poignant today as Friday, 18 July, has been declared Mandela Day by the United Nations since November 2009.