BNS
aA
Some Jews in Israel and the Republic of South Africa who left Lithuania between the two world wars and their descendants have been applying to have their Lithuanian citizenship restored, but receiving a negative answer. 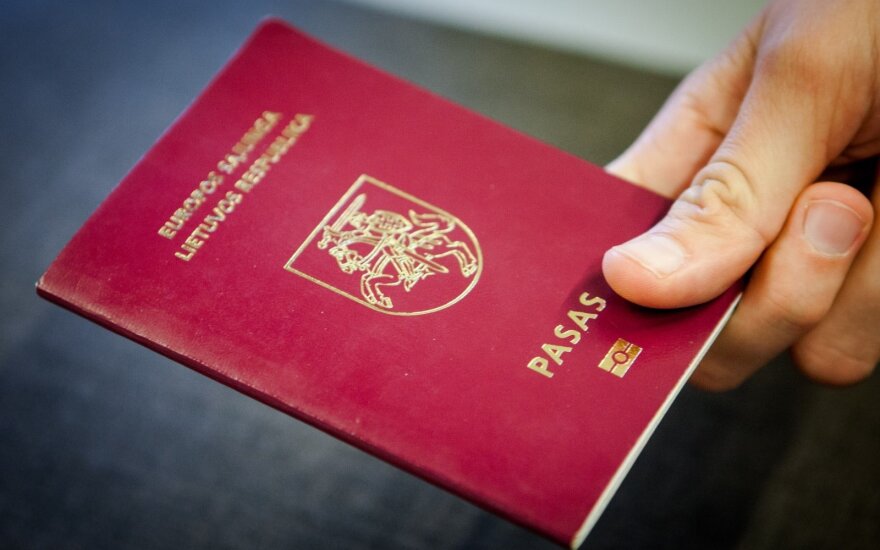 Since November 2015, the Lithuanian Migration Department has been rejecting the majority of applications for restoration of citizenship for individuals who left Lithuania between 1920 and 1939 and their descendants.

Under the Lithuanian Citizenship Law, people who left Lithuania before March 11, 1990, and acquired citizenship of a different country can be citizens of Lithuania. This also applies to their descendants.

About 1,000 Jews living in South Africa have taken advantage of the legal provision, but the process of citizenship restoration was suspended for some of the people in mid-2015.

In their negative decisions, migration specialists follow the case law that people who left Lithuania before March 11, 1990, should include the former Lithuanian citizens who fled the country for political reasons, resistance to occupation regimes or persecution by the regime.

"The treatment has changed. This applies to those who left Lithuania in 1918-1939. The discussion is that there was no violence, repressions or anything like that at the time, therefore, the departures cannot be considered an attempt to escape threats," Foreign Minister Linas Linkevičius told BNS Lithuania in comment of the argumentation of the migration authorities.

The minister refused to give his opinion on the situation, as the analysis was still in progress.

"I am aware of the problem, some people are not happy," said the diplomacy chief.

Evelina Gudžinskaitė, acting chief of the Lithuanian Migration Department, the decision to revise the practice of dual citizenship came after 2013 and 2014 rulings handed down by the Lithuania's Supreme Administrative Court.

She emphasized that dual citizenship was granted to the Litvaks – persons of Lithuanian origin – who fled the occupied Lithuania and to their descendants. In Gudžinskaitė's words, migration specialists also reject applications from ethnic Lithuanians who emigrated in the interwar period.

Furthermore, the negative responses make a minor portion in the general flow of applications. Last year, 488 applications from Israeli citizens to keep their dual citizenship were approved and 54 were rejected.

"This is arbitrary practice, not an interpretation from the Constitutional Law. This goes against all the Lithuanian ideals of March 11," says signatory of the 1990 Independence Act, conservative MP Emanuelis Zingeris.

Zingeris told BNS he had heard inquiries on the topic during his recent visit in Israel.

According to the 1923 general census, nearly 154,000 Jews lived in Lithuania that had the Vilnius region separated from it. In the interwar years, they actively emigrated to Palestine, South Africa and the United States. About 25,000 Jews left Lithuania in 1923-1939.

Lithuania lost more than 90% of its pre-war Jewish population during the Holocaust.