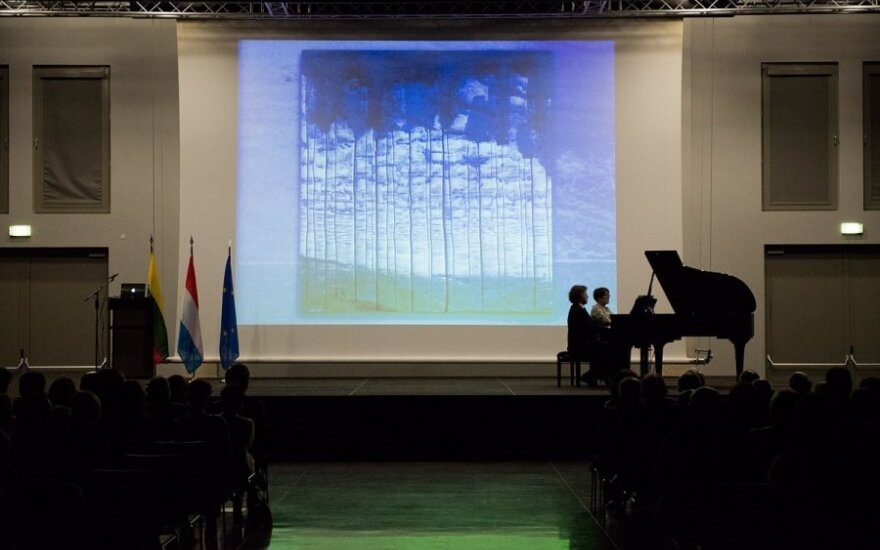 Lithuanian Ambassador to Luxembourg Gediminas Varvuolis delivered a word of welcome by congratulating everyone and by stressing Lithuania’s outstanding achievements during the last 25 years of freedom.

The guest of honour, former Prime Minister of Luxembourg and former President of the European Commission Jacques Santer shared his memories on Lithuania’s fight for freedom and stressed that Lithuania’s resolve was crucial not only for the country itself but also for the unification of all Europe.

The guests enjoyed cultural programme comprising of music, painting exhibition and readings of literary works by one of the greatest Lithuanian artists Mikalojus Konstantinas Čiurlionis, performed by his great-grandson, pianist Rokas Zubovas and pianist Sonata Zubovienė.

A notable part of the event was art exhibition presenting eight prominent Lithuanian painters representing different generations and reflecting the tendencies of modern Lithuanian painting, the exploration of new artistic directions and the relation between the traditional and the modern.