the Lithuania Tribune, LRT
aA
Most Americans believe they eat healthy when in fact they don't, says a dietician from Lithuania who is teaching Alaskans how to make a proper fish soup. 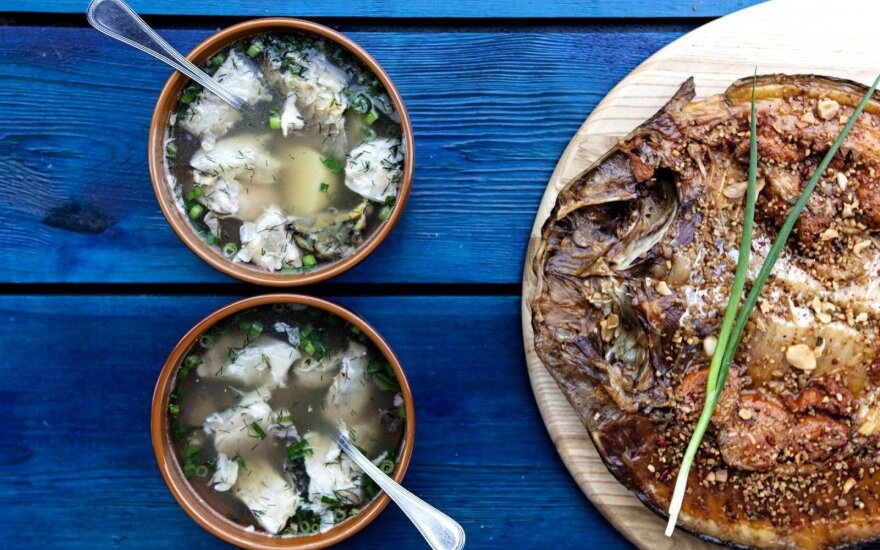 Daiva Gaulytė graduated with a degree in nutrition at an American university and is now teaching Americans in Alaska, where she lives, how to eat properly.

"At first, I was embarrassed to give lectures because of my accent. But I realized later that my coming from Europe is an advantage. I've grown up with traditions which make me an expert in these people's eyes," Gaulytė has told LRT TV programme Stilius.

She says that what is taken to be healthy nutrition in the United States is actually far from that. Low-fat, low-calorie food with artificial sweeteners and flavour enhancers have as much to do with healthy living as most convenience snacks sold at supermarkets, the Lithuanian nutritionist insists.

Related articles
Columbian barber who chose Lithuania as his home: there are too many myths about Lithuanians  (2)

Gaulytė said there is plenty of good food in Alaska, like fresh fish and vegetables. However, Americans usually use the least nutritious parts for food and throw away the rest. The Lithuanian says she noticed it when she made fish soup.

"The [Americans] had never made a fish soup. And now my husband David cannot understand how he, a life-long fisherman, had never thought of making it. Fillet is not the only edible part, there are other parts that are full of the nutrients we need to be healthy," Gaulytė says.