the Lithuania Tribune
aA
Jonas Valunčiūnas helped the Toronto Raptors pound the Pacers into submission in Toronto on Thursday night for 101-85 win while Donatas Motiejūnas gave the Houston Rockets the grit they needed to overcome NBA champions, the Golden State Warriors by a single point. 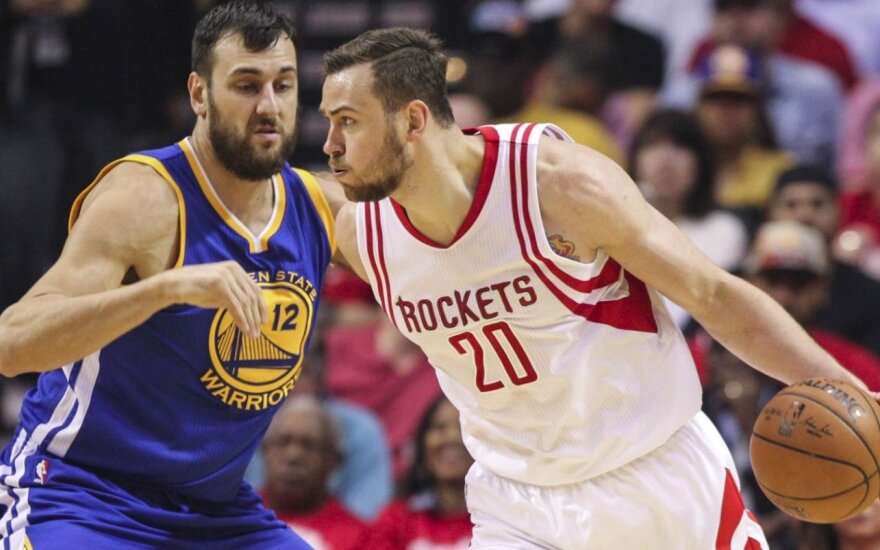 Motiejūnas got his second playoff start on Thursday and produced his first playoff career double-double with 14 points and 13 rebounds in the 97-96 win. He was a force in the paint, grabbing rebounds and toughening up the Rockets defence.

Meanwhile, Jonas Valunčiūnas had nine points and 14 rebounds as Toronto hammered Indiana to take a 2-1 lead in the series. While not hitting the scoring heights of previous games, he's averaging a league-best 16 rebounds in the playoffs.

Motiejūnas missed Houston’s play-off series against the Warriors last year because of a back injury that required surgery. Last night’s victory brought the series back to 2-1 in the Warriors’ favour.

"It's Game 3, we are at home, so you have to do everything you can to get a win," Motiejūnas said. "Be tougher, more aggressive, play better."

"Last year was very tough," he said. "I wanted to be out there and had to stay home and watch. I want to be able to do whatever I can to contribute."

Rockets interim coach J.B. Bickerstaff said: "He brings us a spark and plays with a lot of effort. He also helps us space the floor and open things up."

In Toronto, the media are comparing Valunčiūnas to a Spartan warrior from the movie “300” for his power play in the paint and dominance on the boards – he’s the league-leader in rebounding. 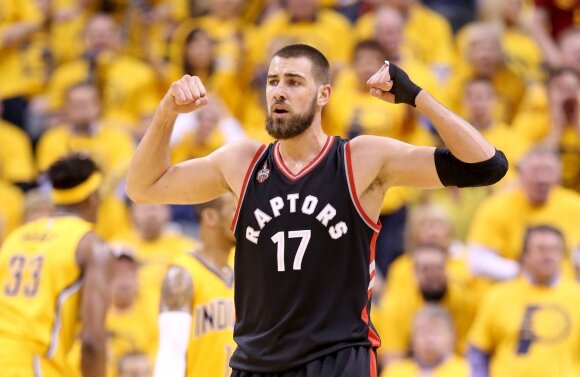 It prompted prompting Pacers star Paul George to say after game 2 that: “he's the one that's causing us problems right now. He's been huge. Literally."

Toronto coach Dwane Casey weighed in as well: "He's not a finished product. He's going to get better. Sky's the limit for that young man."

Valunčiūnas and company are heading to Indianapolis for Game 4 on Saturday and will be looking to capitalise on their recent good form on the road there. Then the series heads back to Toronto for Game 5 on Tuesday.

Likewise Houston will be hoping that after that one point win over the Stephen Curry-less Warriors is the start of a famous comeback, with Motiejūnas central to their attempts to overturn a 2-1 deficit on Game 4 on Sunday and Game 5 on Tuesday in Oakland.

Valanciunas is TOO BIG #RTZ pic.twitter.com/W7veuTv4V8

Lithuanian NBA star Donatas Motiejūnas helped the Houston Rockets to make it into this year’s...