Samantha Beattie | The Gravenhurst Banner
aA
Edgaras Protčenko, an 18-year-old Lithuanian hockey player who currently plays for a junior team (up to age 21) in Canada, was named Lithuania’s most valuable player during the 2016 World Junior Ice Hockey Championship Division II, which was held in Lithuania. 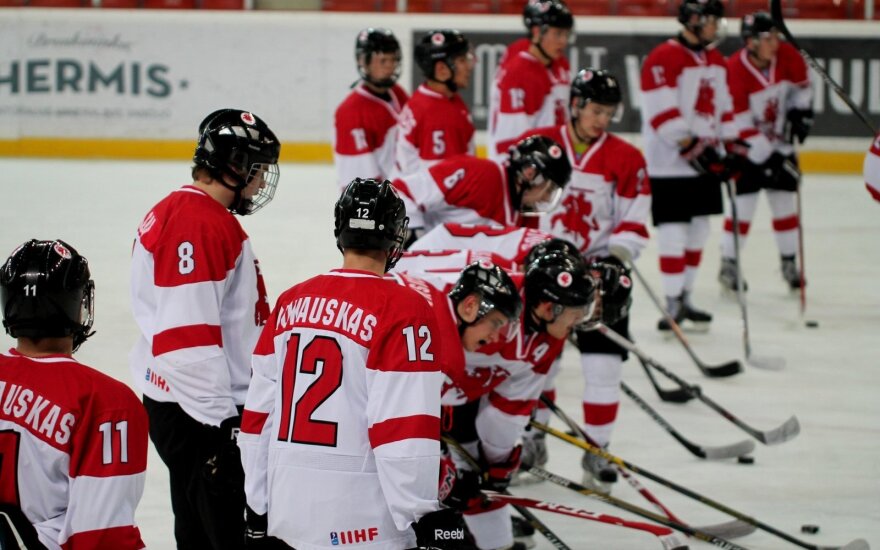 “The best moment of the championship was when I heard my number and name (called) as MVP,” Pročenko told the Gravenhurst Banner. “I didn’t even imagine to become MVP because there are a lot of players who could have been it.”

The 18-year-old from Vilnius has played on Lithuania’s national teams eight times, though he currently has a year-long contract with the South Muskoka Shield junior hockey team.

The Division II championship took place from Dec. 13 to 19 in Elektrėnai, Lithuania. Protchenko’s team placed second to Hungary. Now he’s back in Gravenhurst, helping the Shield keep a strong lead in the league’s North Division.

He said playing at the international level is a valuable experience because he gets more practice outside the regular season and learns about other countries’ hockey styles.

“National teams of championship players are at a higher level,” said Protchenko. “It is very interesting to play them, to see how they play hockey in their countries.”

“My family and I were really happy to know that I am the MVP. It means I’m working in a right way,” he said.

“I like the place I live. I like the people who I live with. I like Canada,” said Protchenko of playing for the Shield. “In this team I found really nice friends. We are all from different countries but that doesn’t hinder us from having a great time together.”