Kęstutis Eidukonis: A call to action 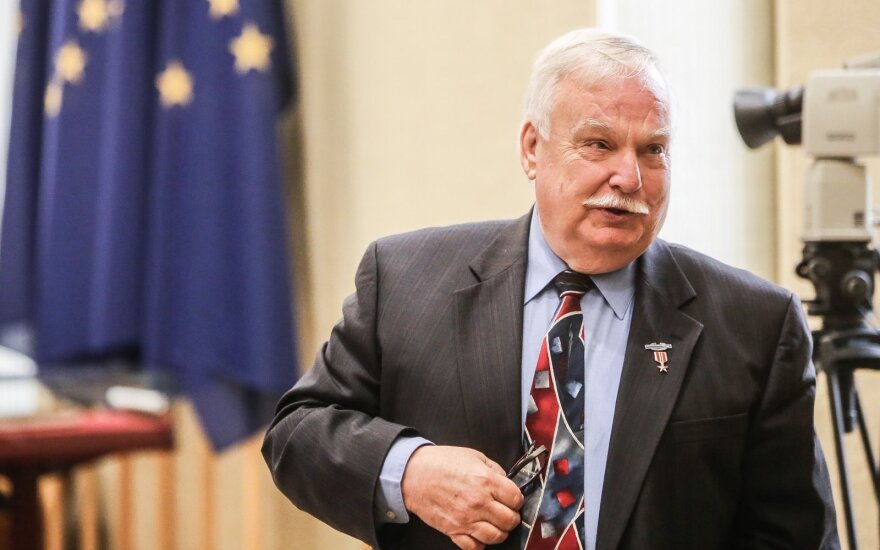 However, the organizations are currently going through a mid-life crisis. This is an area I am very familiar with, having gone through a number of them myself. There are forces at work that question the value of the organizations and whether or not these organizations still represent the Lithuanian diaspora or are still needed. Other forces are at work, trying to split the organization between the so-called "trečiabangiai" (third-wavers, those who emigrated after Lithuania's independence in 1990) and the "antrabangiai" (second-wavers who emigrated prior to the Independence and their offspring), saying that it is time to push out these ancient fossils, the antrabangiai, since they are no longer relevant and don't understand what is going on in Lithuania and cannot relate to the newcomers. These kinds of attitudes and tactics do nothing for the organizations and have the effect of driving both sides away. This kind of nonsense serves only Putin and some self-serving narcissistic self-proclaimed Lithuanian leaders.

It is clear to me and and to many others that the two organizations cannot continue without a new vision of what needs to be accomplished. Both the Lithuanian-American Community and the PLB were set up originally to help preserve the Lithuanian culture and identity while Lithuania was under Soviet occupation, and to fight for Lithuanian Independence as a free and democratic republic. The latter course was sort of achieved and both organizations drifted off into helping the diaspora maintain Lithuanian culture, language and bring the newcomers together with old-timers. Maintenance of the status quo became a goal. Both organizations do a tremendous job of keeping schools going, organizing cultural events and get-togethers, but the goal of making a Lithuania we could all be proud of has been pushed into oblivion.

I do not want anyone to think that I do not love Lithuania and that I do not appreciate what has been done under very difficult circumstances. We Lithuanians have accomplished a lot in 25 years of Independence, but everyone will admit that huge problems exist in Lithuania which forces numerous citizens to vote with their feet and leave the country. At the last board meeting of the Lithuanian-American Community I talked to a number of recent immigrants - I asked them, do you really want to spend the rest of your lives in the USA? Almost all of them answered: "Of course not, we love Lithuania and would love to go back there to live and work and raise our children, but we cannot live there under the present conditions."

When I queried them further about the conditions that made leaving Lithuania a choice, the replies invariably mentioned how people are treated, corruption, lack of justice, lack of a vision for the country and the difficulty of finding work and making a decent living.

I further questioned the antrabangiai and their children: "Why are you not moving back to Lithuania?" The reasons given were very similar to what the trečiabangiai gave, plus the fear of Russians coming back. The children of these antrabangiai had good jobs, families, homes, etc., in the USA and could find no reason to leave for an uncertain future in Lithuania - when asked if they would consider moving, many said "sure, if conditions changed in Lithuania to make it competitive with the USA. In plain words, the current conditions in Lithuania are more conducive to emigration then to immigration.

If the Lithuanian-American Community and the Lithuanian World Community want to grow and prosper and attract members, then they need to change their vision - from one of just maintaining the status quo to one of working for a better, more prosperous Lithuania, one worthy of the sacrifices of the Partisans and the deportees and all other Lithuanians. To do this we need to emphasize the importance of voting, the need to participate in what goes on in Lithuania. We need to quit being beggars - and asking Lithuania for funds and favors. "It is better to light one candle then to curse the darkness." I call on all Lithuanians and their leaders to unite and work together to make Lithuania great again, for us and for our children and grandchildren.

A joint commission between the Seimas and the Lithuanian World Community (LWC) will continue its...