BNS
aA
The Interior Ministry has proposed to expand the list of cases when minors who have acquired Lithuanian citizenship by birth can also be citizens of another state.
Sekite svarbiausias naujienas socialiniuose tinkluose! 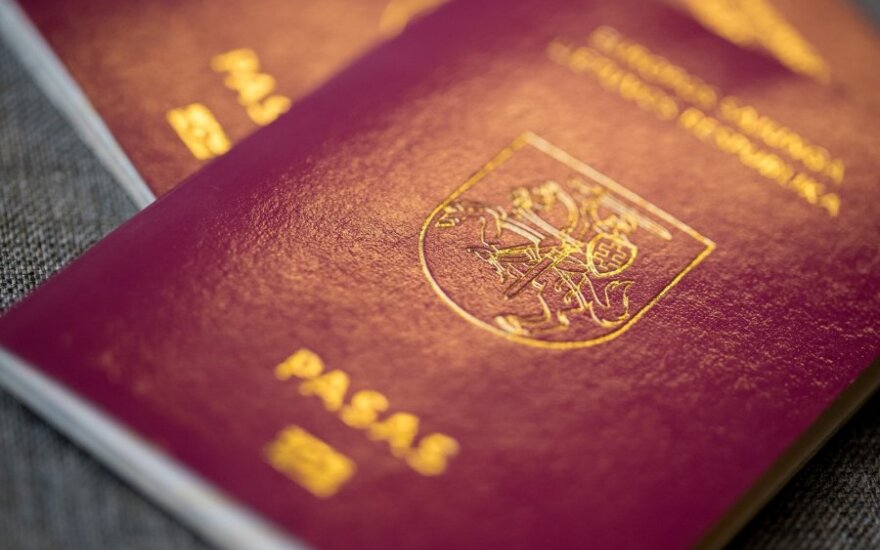 The amendments to the Law on Citizenship would allow people who hold Lithuanian citizenship by birth and acquire citizenship of another state through naturalization before the age of 18 to enjoy the dual nationality until they turn twenty.

If they do not renounce their foreign citizenship before the age of 20, they will lose their Lithuanian passport.

The amendments were approved by the Cabinet on Wednesday and will now go to the parliament.

Deputy Interior Minister Tautvydas Tamulevicius says that every year about 300 people aged under 18 years lose their Lithuanian citizenship because of their acquired foreign nationality.

The ministry says the amendments will help reduce the number of stateless people and ensure a person’s right to citizenship by birth.

Among other things, the bill also calls for facilitating the naturalization procedure for people aged under 18 years and granting Lithuanian citizenship at birth to a child whose both parents or one of them are stateless persons legally residing in Lithuania, either permanently or temporarily.

According to the ministry, there would about five such children per year.

Under the amendments, the Migration Department would handle all procedures for filing and examining applications for Lithuanian citizenship.

The current law does not allow, with rare exceptions, dual citizenship for Lithuanian citizens who left Lithuania after the country regained independence on March 11,1990.