(4)
Bernard Meyer | the Lithuania Tribune
aA
The most common question I get, after I tell people I’m from Miami, is: “What are you doing here?” 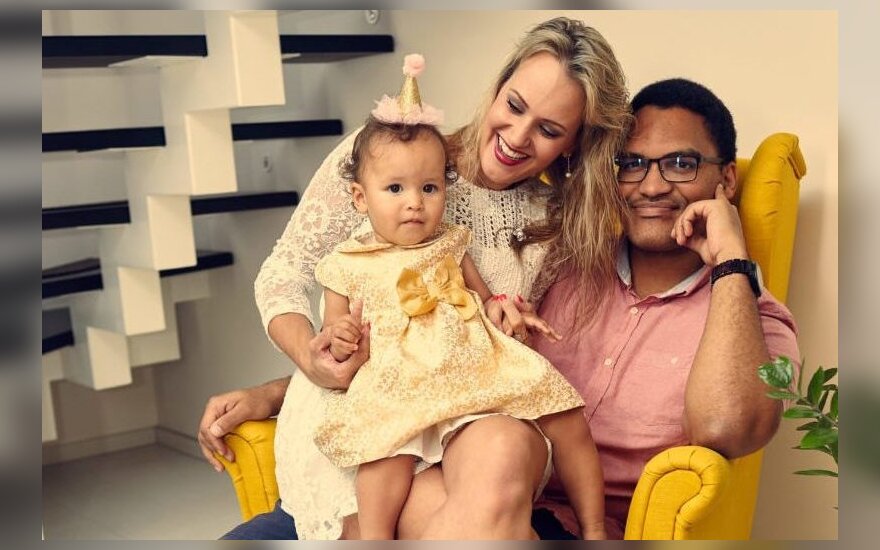 It’s a logical question, especially in the cold, dark winter days and rainy autumn and spring. Usually I tell them, “Work,” which is the right answer. But that isn’t the reason why I’ve stayed here for nearly five years. What kept me here, and keeps me still, are my beautiful wife Diana and my daughter.

The more important question to ask, I think, is how can two people from such different cultures make it? My wife is Lithuanian, relatively fresh from under the Soviets, and I am an American born in South Africa (or a South African who’s an American citizen). So not only are there two conflicting cultures, there are in fact three.

For me, Lithuania was not—is not—an easy place to adjust to. The people have layers here, and unfortunately the outer layer is the hardest. The weather is mostly horrible. A student once told me, “Lithuanian weather is ten months of expectation and two months of disappointment.” I soon learned what he meant. The pay is low and the taxes are high, and the government seems ineffective.

For Diana, it was difficult to put up with me, a stubborn American boy. I enjoyed eating late, I drank lots of Coke, I loved to argue about almost anything, although not emotionally, I constantly complained, I always disparaged Americans and I looked at the world from the opposite perspective.

So how did we make it here, now in our fifth year of marriage with a beautiful 18-month-old daughter?

It is the same way that any family really makes it, by understanding the differences but focusing on the similarities. For all the relatively small disagreements we have, we’ve always enjoyed a lot of the same things: music, films, TV shows, travel, and most importantly, food.

In fact, I could credit food as the one binding factor that kept us all together, for the simple fact that we have to eat three times a day. My wife and I are both adventurous cooks, and we love spices and flavors from East Asia, India, Africa, Latin America and other places. In fact, food represents to us not only our present, where we live, and our future, where we hope to travel, but also our past, which is who we are.

When you learn about someone’s culture you cannot help but understand them much better. When I first made Cape Malay samosas for Diana, I could see on her face the joy that the food brought to her. But I’d be lying if I said that it was just the food—it’s never just the food, it’s always the context. She wasn’t just tasting the spices, the cumin and coriander and masala, she was figuring out where I was really from. 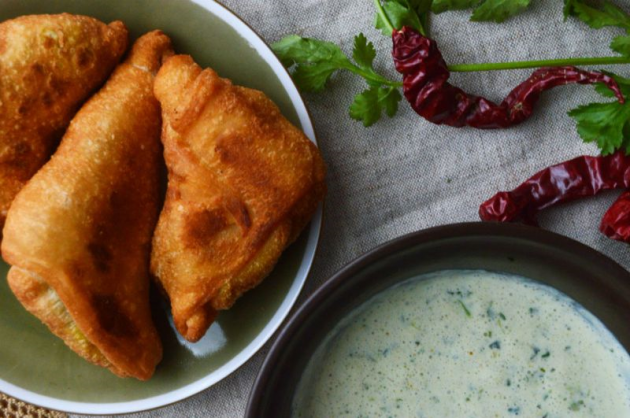 So when Diana prepared to make some food for me, she gave me first the context. She told me that Lithuania was a complicated country. I agreed. Then she told me that Lithuania was simultaneously an old nation and a young country, that the effect of the Soviet occupation couldn’t be denied but it also shouldn’t be overstated. She told me how her grandmother had to survive through not just the Nazis and the Soviets, but also some overzealous Lithuanian rebels, how her parents had to wait in line for hours just to get bananas, how the Soviet system infected and often destroyed many Lithuanian minds.

And then she pulled out this old Soviet-era waffle maker. She told me emphatically that these crispy waffles could not be made with any other waffle makers—they had to be from the Soviet times—and how she absolutely loved these waffles. How she would smell her grandmother making them, how she would watch her roll the waffles when they were still hot or else they would cool down and get too fragile. How her grandmother would boil the condensed milk for hours and they would sit and talk, sometimes of the past, or of the present, or sometimes of the future. 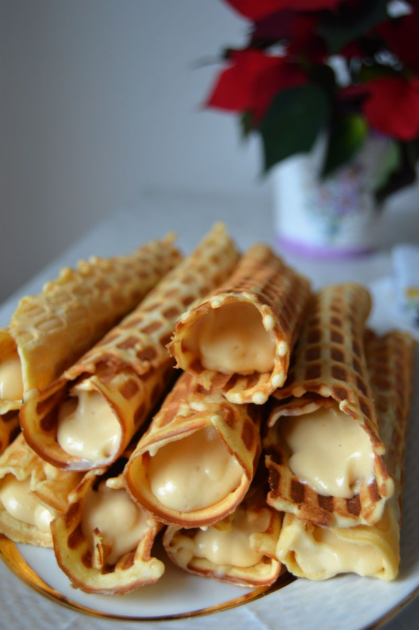 For my wife it wasn’t—isn’t—just the waffles that she tastes. It is her grandmother’s kitchen, her grandmother burning her fingers to roll the hot waffles, to sit and wait for the condensed milk to turn into dulce de leche. When my wife eats those waffles, she’s not only enjoying waffles with that creamy filling—she’s enjoying the time, love, history and culture.

And so after Diana had boiled the condensed milk, made the batter, rolled the dough, mixed the cream and filled them, and then had handed them to me, they honestly weren’t just plain old waffles anymore. Now they were time, they were patience; they were love and the promise of a future.
That is what food is to us: a vehicle for the transmission of history, culture and love. Your mother’s food is always the sweetest; your nation’s food is always the best. It is one way to bridge the most disparate parts of the world and connect the most divided people. At least, it’s certainly helped my wife and I create our family, and it’s the main reason we started on our food blog, to share the love and promise of food with others.

And so, really, if someone would ask me now: “What made you stay here?” I know exactly what I will say: waffles.

Benefits of Lithuanian citizenship from the South African Litvak perspective (1)

“ South Africa is more Litvak than Lithuania itself,” Markas Zingeris , the Lithuanian...