How a band from Chicago became big in Lithuania by accident

(1)
the Lithuania Tribune
aA
Fort Frances, an indie band based in Chicago, recently recounted the curious story of how they “accidentally” became famous in Lithuania and ended up naming their newest album “Alio,” which is how most Lithuanians answer phonecalls. 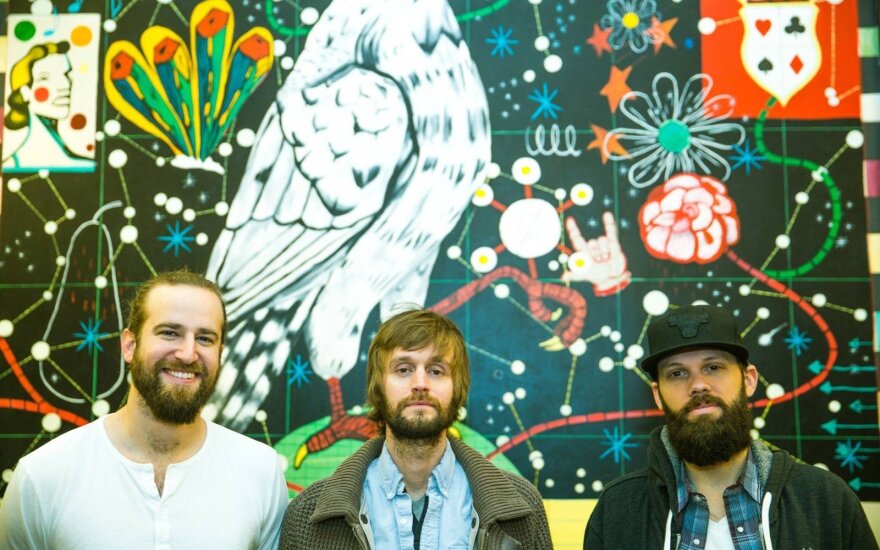 Their cover of Summertime, a 1991 hip-hop release by DJ Jazzy Jeff and The Fresh Prince, was released in 2012. It enjoyed some success, but when winter came along, they thought that would be the end of the song.

“But something changed the next summer. We started seeing an uptick in interest on our Facebook page and our email list, many of the names featuring accent marks and spellings reserved for use outside the US,” Fort Frances frontman David McMillin told nuvo.net. “The 'Summertime' view count was also climbing. And it started climbing faster. The views? Nearly all of them were from Lithuania. After being featured on a few blogs and a major radio station, the song had become a seasonal anthem.”

In 2015, the band was invited to Lithuania to open for Loftas Fest, a popular music festival in Vilnius. They also made a tour of the country's most popular TV talk shows and radio shows.

“The entire experience in Lithuania felt like a dream, but the show at Loftas Fest proved it was real. […] We played for 3,000 people. (To put this in perspective, the last time we played at The Hi-Fi, there were around 100 people.) When we played the first G minor chord of 'Summertime,' I looked at Jeff, and I don’t think either of us have ever worn bigger smiles. The place went insane," McMillin told nuvo.net.

Check out some of the photos from the band's experiences in Lithuania:

Here's the cover that made them stars in Lithuania: