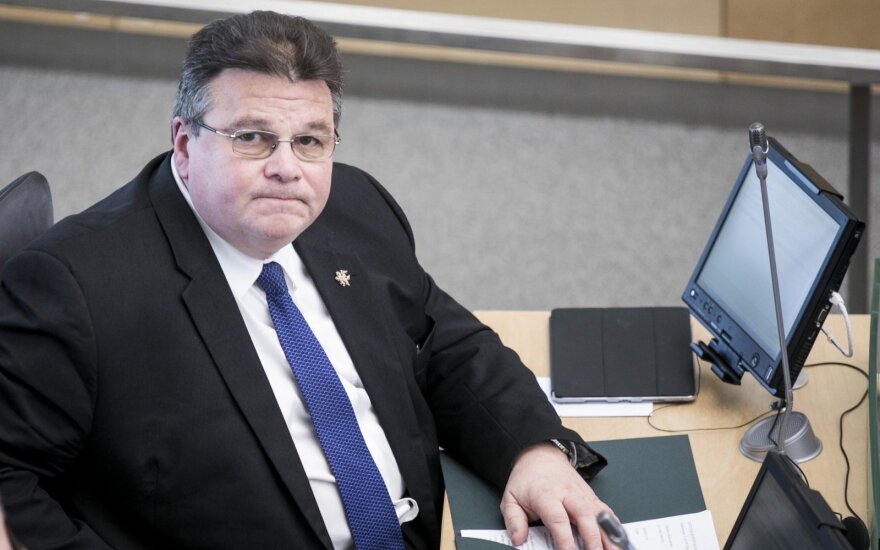 Figures from the Ministry of Foreign Affairs show that 42,500 Lithuanian citizens voted in the presidential election and two referenda abroad on Sunday, and the final number might rise further as the ballots of those who voted by post will be calculated over the next few days. All in all, 61,000 voters had registered to vote, which is three times more than during the 2016 Seimas election.

"Such active voting abroad is a basis for immediately starting a discussion on one or two separate Seimas election constituencies for Lithuanians living abroad," Linkevicius said in a statement on Monday.

The minister also expressed his regret over the fact that the referendum on dual citizenship took place but the number of votes in favor was not enough to amend Article 12 of the Constitution.

According to Linkevicius, "the nation's clearly expressed will is a strong signal that we must come together and step up our effort and look for ways to ensure that our citizens who have become citizens of countries matching transatlantic and European integration criteria could preserve their Lithuanian citizenship."

"Perhaps we should already start preparing for a new referendum on this issue, which could be held alongside the next presidential election in 2024," the foreign minister said.

The majority of Lithuanian citizens who voted in the presidential election abroad backed MP Ingrida Simonyte who received 51 percent of all votes. Over 29 percent voted for economist Gitanas Nauseda, and over 7 percent gave their vote to Prime Minister Saulius Skvernelis.

Votes from thee polling districts abroad had not been calculated by Monday noon.