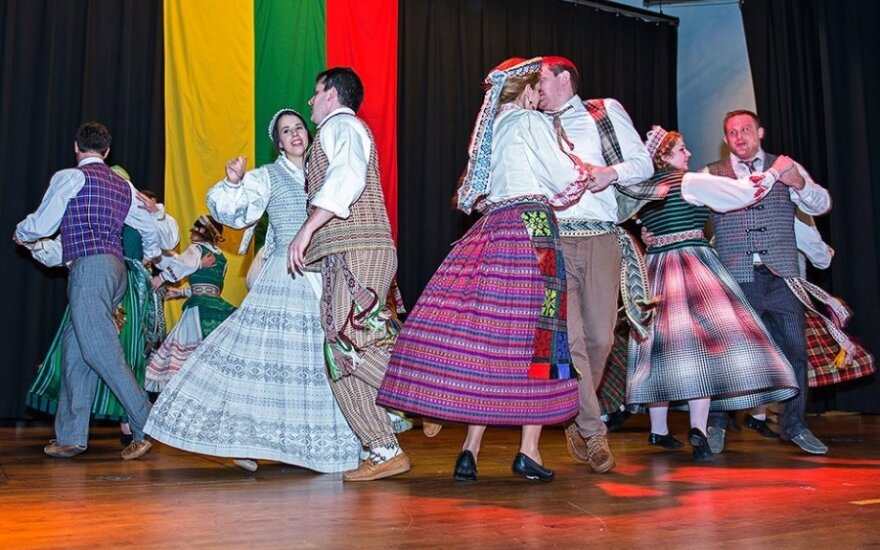 The Lithuanian Hall is home to the Lithuanian community in Baltimore, one of the most important port cities on the Eastern Seaboard of the USA and for that reason one of the first ports of call for many of Lithuanian's immigrants prior to the First World War. The Hall itself was established in 1917 and includes a small museum that documents the life of the Lithuanian community but also the connection to their homeland. During its history it saw a number of important visitors that included the famous aviators Steponas Darius and Stasys Girėnas who came to the Hall during their fund raising activities before setting out on their fateful flight across the Atlantic in 1933.

In addition to the museum the Lithuanian Hall also has a library with books in Lithuania and a large selection of works related to the history of the nearly 1 million Lithuanians that made the USA their new home.

Lithuania's Foreign Minister Linas Linkevičius addressed the large gathering of American Lithuanians by saying: "We are a small country and therefore we have to be smart. And we have all increasingly good reason to be proud of our country, especially of what we have achieved during the last 25 years." He added, "It does not matter where we live, in the USA, UK or Ireland, we are all one large family of Lithuanians." The Minister spoke about Lithuania's role and relations with the EU, NATO and particularly the present situation concerning Russian aggression in Ukraine.

The Lithuanian Ambassador to the United States, Žygimantas Pavilionis, who participated in this event commented, "The Lithuanian American community has always played a very important role in supporting Lithuania during difficult times. They came to rescue our souls 25 years ago." He added, "Today we need them again to demand support to increase US military presence in Lithuania and to halt Putin's aggression in Ukraine. This conflict may further escalate into a larger military confrontation with NATO," says Ambassador Pavilionis and "we cannot afford to face Putin with weakness and inability to respond. What is needed are robust sectoral sanctions and defensive military aid to Ukraine."

Lithuanian Foreign Minister Linkevičius met on Monday with US Secretary of State John Kerry in...