aA
On the 5-9 August, nine Lithuanian folk dance groups, ensembles and choirs participated in the international folk festival EUROPEADE, which was held in the Swedish city of Helsingborg. 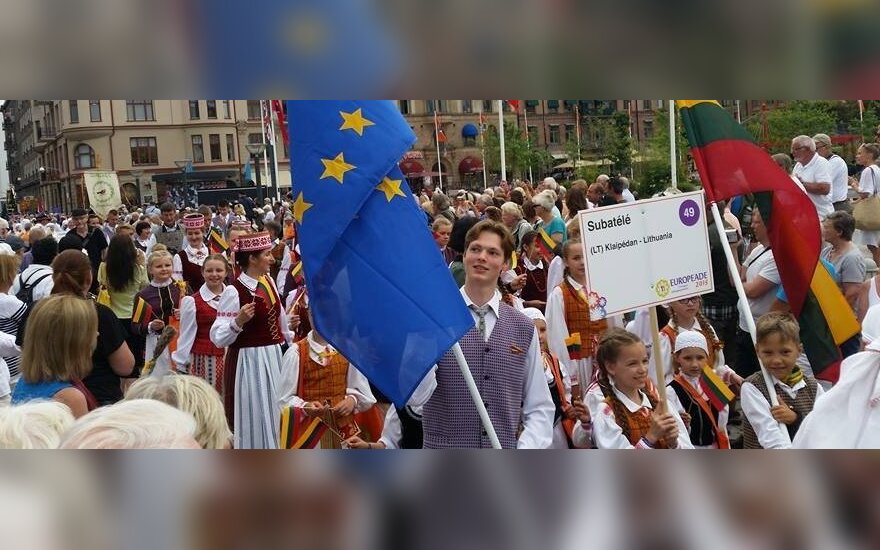 EUROPEADE is the largest annually held international folk and cultural festival in Europe. This year 249 folk groups from all over Europe participated in the festival.

Participants of the festival from Lithuania were welcomed by the Lithuanian Ambassador to Sweden Eitvydas Bajarūnas alongside local Lithuanians living in Sweden.

According to Ambassador Bajarūnas, it is a wonderful feeling to see so many Lithuanian dancers and singers in the streets of Sweden presenting rich cultural heritage of Lithuania.

EUROPEADE began with the idealism of the late Mon De Clopper (1922-1998), the founding chairman of the Movement for Flemish Folk Culture (the Vlaamse Volkskunstbeweging, VVKB). Together with several fellow members of the VVKB, he organised the first EUROPEADE in Antwerp in 1964. It brought together Flemings, Dutch, English, French and Germans as well as Ukrainian, Yugoslavian and Polish exiles to perform their traditional songs and dances in traditional costume.

Mon De Clopper led the festival for a long time. The festival took place in many European countries, while in 2009 the participants were warmly welcomed in Klaipėda - Lithuanian Baltic sea port.