DELFI EN
aA
Len Judes’ parents were born and raised in South Africa. The lawyer himself was born in London and moved to Israel when he was a child. However, no matter where he lived, Judes always knew his roots were in Lithuania. This is his driving reason for promoting business between Lithuanian and Israeli businessmen. 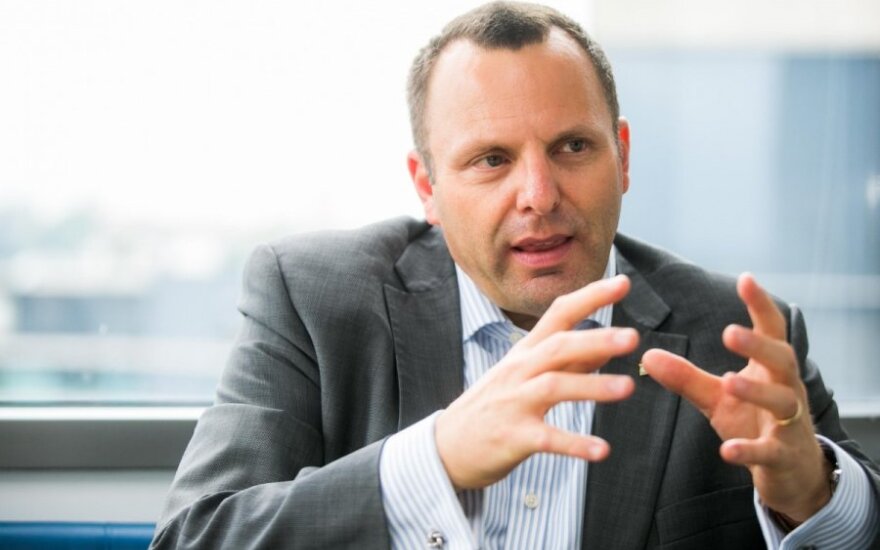 Judes was a speaker at World Lithuanian Economic Forum. Before talking about Lithuanian and Israeli business relationship, he tells his family story.

The lawyer was born in London, where he, together with his parents, moved from South Africa. Initially, the family had decided to move to Israel, but Judes’ father decided to specialize in dentistry field beforehand, and England was the best place for that during the 1980s.

“When I was a little boy, we moved to Israel. I always knew that both of my grandparents were from Lithuania, however, we had very little information about our roots – we only knew the names of towns and villages from which our grandparents came.”

In Israel, 13-year-old pupils studying Israeli work on a special project, which attempts to explain their origin.

“That’s when I became interested in my Lithuanian roots, and one day I will write a book about it,” Judes said.

Inspired by the project, Judes convinced his father and other relatives to visit Lithuania and search for their roots.

It was possible to find more information on his father’s side. The search helped Judes find out that his family lineage traces back to Kėdainiai, Jonava, near Mažeikiai, and Anykščiai on his grandmother’s side.

“We had a wonderful guide who took us to Viekšniai and showed us archival records from the 1940s. And there I found my family name – Judes. I honestly didn’t know we had relatives in Lithuania who were still alive. I only knew that my ancestors moved to South Africa in 1880-1890, and here I found a name of Alter Judes,” marvelled Judes.

From the archival records, he was able to find Alter’s address and profession. He had sold timber.

“We went to that house. I remember it was Sunday, Mother’s Day. There we found an old woman, who said she had settled in the house after Second World War. She never knew Alter in person, but she said there were a lot of Jewish families living in that district,” Judes said.

After this visit, the interviewer decided to visit the old Jewish cemetery.

“The cemetery seemed abandoned: there were crumbling monuments and tall grass. Suddenly, I came closer to one of the monuments, and as a needle in a haystack saw a name in Hebrew: ‘Rebecca Judes,’ he said. 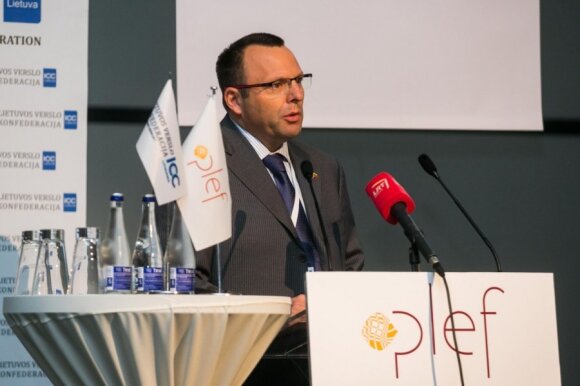 Later on, Judes started searching for information online. He managed to trace his relatives to the ninth generation. The lawyer learned that Alter Judes was killed during Holocaust and buried in Mažeikiai.

“After that, an American woman, who was his distant relative, contacted me. She said Alter’s family in South Africa tried to convince him to leave Lithuania, but he refused.”

The search has completely changed Jude’s life. He found a lot of relatives in the U.S. and Israel: “It turns out I had relatives even in my neighborhood. I learned that one woman with whom I communicated, is my relative.”

After Judes accumulated a great amount of knowledge about his genealogy, he spent a lifetime working with the international affairs in Israel. An unexpected acquaintance linked him to Lithuania once again.

“Eight years ago, I was in a conference in Bucharest. Suddenly I realized that I am sitting next to Lithuanian ambassador in Greece at that time. We started talking, and became friends. Later I visited him in Athens, and he flew to Israel with his family.”

However, another acquaintance was exceptionally influential to him.

In one diplomatic event, where Judes was representing the Israel-UK Chamber of Commerce, he met Asta Skaisgirytė Liauškienė, Lithuanian Ambassador to Israel at that time. She asked him to contribute to the establishment of a Lithuania-Israel Chamber of Commence

Does the history behind the relationship between Jews and Lithuanians have an effect on the parties?

Sometimes yes, sometimes no. For some people it’s important, for some – it’s not.

I remember the Lithuania-Israel Chamber of Commerce event, which was organized for Israeli and South African businessmen and took place in Tel Aviv. The Lithuanian Ambassador was the guest of honour there, and I admit I did get backlash for that, but mostly from representatives of other countries, not Israel.

I’m not a historian and, as a representative of the Chamber of Commerce, I have deliberately chosen not to involve myself in historical subjects. It is a sensitive issue.

In which sectors do you see the prospects for Lithuanian and Israeli business relationship?

The trade relations between our countries have always been quite modest, but year after year, we see a visible growth.

Direct flights can revolutionize business relationship, and that is what we have now. This makes it easier for entrepreneurs to travel. They can fly with low-cost airlines too, if only they do not spend many hours in connecting flights.

Direct flights instantly grow the tourism sector. I see an opportunity not only to develop Lithuanian tourism when Jews come to look for their roots, but also leisure tourism. You have a beautiful natural landscape, where you can camp, cycle. In the summer, when it’s very hot in Israel, the weather is good in Lithuania.

Of course, we need to develop the traditional export-import products, including wood, mechanics, services, pharmacy, chemical products, and lasers.

However, the most encouraging area for me is the technology sector. Both Israel and Lithuania are small countries without a lot of natural resources. We have educated workforces. Therefore I see two branches – life sciences and information technology.

Recently you have established Lithuanian-Israeli ‘hubs’. What features do they have?

We will help both sides form a close-knit relationship and seek partners and investors. We will also help to contact venture capital funds.

Why would Israeli businessmen and investors be interested in Lithuania?

Lithuania is an EU country and can offer an educated workforce, innovative technology solutions, and relatively low cost of doing business.

Recent research carried out by the Anti-Defamation League shows that 36 percent of Lithuanian adults...

President Dalia Grybauskaitė welcomed the participants of the World Lithuanian Economic Forum in...