the Lithuania Tribune
aA
The Baltic American Freedom League (BAFL), an organisation in California devoted to supporting the Baltic states, has started an initiative to have the US persuade NATO to permanently station troops in the Baltics. 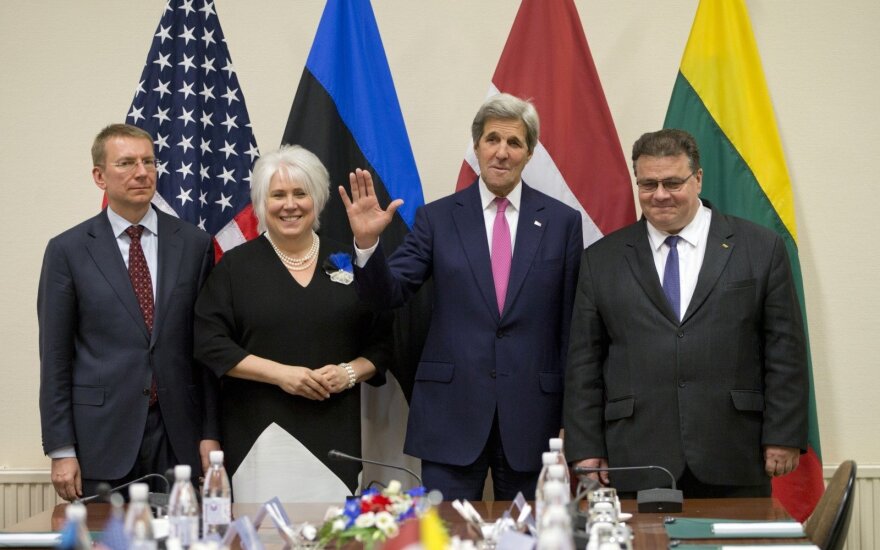 The initiative asks participants to contact Secretary of State John Kerry, Secretary of Defense Ashton Carter, and Senators John McCain, Jack Reed, Bob Corker and Benjamin Cardin to ask them to persuade others that Lithuania, Latvia and Estonia should have permanent NATO garrisons.

Related articles
Finland, Sweden pushed closer to NATO by Russian pressure
'Russia has increased its capability to cut off access to Baltic sea' - US general

“This is an issue of strategic importance to the Baltic countries,” BAFL President Valdis V. Pavlovskis writes. “Rotation of troop units is temporary in character and often a victim of budget cutting. There is a dangerous gap between the departing unit and the arriving unit. It is a cardinal principle of military doctrine that the best time to attack is when the other side is pulling back or changing units.”

Critics of the idea of placing permanent NATO garrisons in the Baltics have pointed to the NATO-Russia Founding Act of 1997, which states that no significant troop numbers or nuclear weapons will be stationed in new member states.

However, the BAFL writes “Section IV of the Founding Act states that in the 'current and foreseeable security environment' NATO will carry out its collective defense and other missions through interoperability, integration and capability for reinforcement rather than by additional permanent stationing of substantial combat forces on the territory of new members.”

“When reading the phrase 'in the current and foreseeable security environment' it is important to remember that it was written almost 20 years ago, in 1997, when the United States thought it was on a path to partnership with Russia, But in 2016, the security environment has dramatically changed,” it claims.

The initiative goes on to name Russia's invasion of Georgia and Ukraine and its annexation of Crimea as just a few of the events that, in the organisers' eyes, void the 1997 agreement.

After laying out the organisation’s arguments, the BAFL also calls on supporters to write letters on the topic to the aforementioned US statesmen. For more information, click here.

US Lieutenant General Ben Hodges , the commander of the US Army in Europe, said that US forces must...

Russian 'countermeasures' to NATO in Eastern Europe are coming (1)

When NATO leaders gather in Warsaw on July 8 to 9, they will announce steps to beef up the...

US Republican senators McCain, Graham to visit Lithuania next week (2)

US troops should always be in Lithuania - McCain (1)

US troops should be stationed in Lithuania at all times, US Senator John McCain said in Vilnius on...