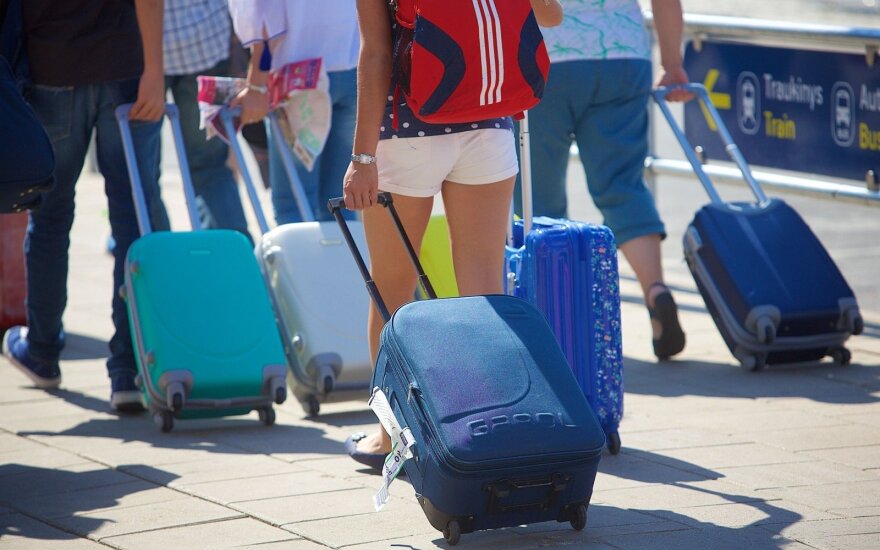 At the airport
© DELFI / Mindaugas Ažušilis

Declared emigration gained momentum in early 2017, Statistics Lithuania told BNS. According to the data, about 7,000 people emigrated form Lithuania in January and February (7,048 and 6,895), while the immigration numbers were four times smaller (1,821 and 1,700).

Experts say some of the people may have rushed to declare emigration to avoid the duty of paying the compulsory health insurance tax, while others may be hurrying to enter Great Britain before the country starts Brexit talks.

"(the state-run social insurer) Sodra has started actively recovering unpaid social insurance fees from individuals who have not declared emigration, therefore, those who had already left Lithuania, may have registered it now. Brexit is the other reason. People who were considering emigration to the United Kingdom may have had to accelerate their decision, as the nearest future may restrict the possibilities for EU citizens to work and live in the United Kingdom," Nerijus Maciulis, economist at Swedbank, told BNS.

Last year, Great Britain was the destination for 46 of Lithuania's emigrants.

Polls suggest the majority of emigrants leave Lithuania for Western Europe in search of higher pay. According to official statistics, Lithuanian residents usually make about 640 euros per month after taxes, with smaller salaries in the EU only reported in Bulgaria and Romania. In 2016, the average monthly salary in Lithuania grew by 9 percent.

Th European Commission says that emigration from Lithuania may be spurred by high inequality of income.

A national agreement on emigration, initiated by Lithuania's ruling Order and Justice party, has...

The idea to implement universal military conscription has revealed the nation‘s sore. With Prime...

The number of emigrants who declared emigration from Lithuania last year increased in 2016, as...

For a decade we have heard repeated stories of foreign companies entering Lithuania and successfully...