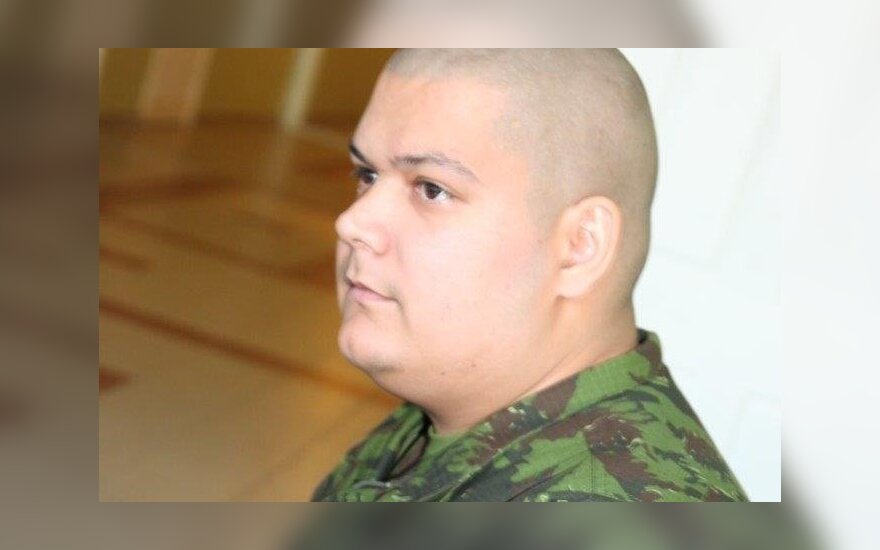 At the beginning of 2014, I decided that it was time to settle permanently in Lithuania, something I'd wanted to since my first visit to Vilnius in 2005. I started to look for job opportunities in with media, one of my passions, and I found one in Šiauliai, the city where my family is originally from. It was an 11-month internship in the radio station of Šiaulių Didždvario Gimnazija, where I learned a lot about radio and had the opportunity to organize and participate in different cultural activities with the students

In April 2015, when the Lithuanian government announced the reintroduction of conscription, I decided to become a volunteer in the Lithuanian Armed Forces. I believe that all citizens have the moral obligation to fight to keep our freedom and Lithuania, though a small country, needs a strong army.

In November 2015, I received a call from the armed forces to inform me that on December I would start my military training in Rukla.

I will spend my first two months in Rukla and then I will move to the Air Defence Battalion in Radviliškis. The first two months in Rukla are for basic training and then I will make my specialization and service in Radviliškis for the next seven months. After nine months in the army, I plan to return to the civil life and I will stay in the reserve to be ready if Lithuania needs its volunteer force.

During the days before starting my military service, I did not feel any nervousness. When I arrived at the offices of the military in Šiauliai, I felt that all other conscripts were looking at me, because I was the only one speaking to officers in English.

That morning, we started our trip to Rukla and the first thing we did when we arrived was to undergo medical check ups and leave our luggage in the barracks. Afterwards we went to lunch and the food was really tasty, but it was the fastest lunch I ever had. 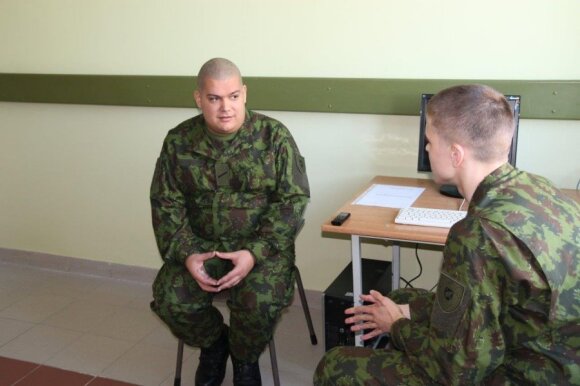 Here was where I started my military life. From then on, I had limited time to eat, shower, go to the toilet, use my mobile phone.

After the lunch, we went to pick our uniforms and I learned what kairė was (left) as we started to march. The first week we started with some easy physical training and tests to find out our capabilities and be divided into three different groups.

The most difficult thing during the first week was the military discipline, learning to eat, shower, go to toilet very fast. It was also hard to wake up with a loud shout, but after some time you get used to it.

The second week we started our daily routine like any other soldiers in Rukla. It was not so hard psychologically, because Christmas was coming and we knew we would soon go home. Physically, it was a bit harder, we were marching for hours to get ready for the oath giving ceremony.

The ceremony, on 23 December, was one of best days in my life. I was proud to give an oath to myself, to my comrades, to commanders and, most importantly, to Lithuania.

It was also hard, because family members of other soldiers came to Rukla to congratulate them, but my mother could not make it and my aunt from Vilnius is too old to drive to Rukla.

After the ceremony, I went to Kaunas to lunch with one of my friends and then I took a bus to Vilnius to spend Christmas with my aunt. Slowly enjoying my coffee in the mornings is one of the things I miss most about civilian life.

On Sunday, I went back to Rukla. Returning was hard, I felt like I was losing part of my space or liberty to do all I was used to. Maybe I was just missing my morning coffee.

The third week also involved three days off for the New Year. Physically, though, it was harder, because we started doing more exercising. We also started to practice using the automatic weapon G-36 and learning some topography, first aid, etc. I learned how to disassemble my G-36 and a lot of other things.

It is a little more difficult for me than for others, because instructions are in Lithuanian and I depend on my colleagues and instructors to translate them. 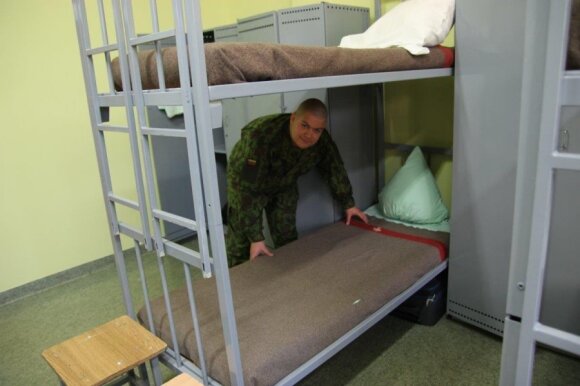 But the important thing is that everyone is working really well as a team. It would be a lie to say that everything has been perfect, coexistence is difficult with about 100 people, but it is better than I expected. I found that excessive bullying in the military was a myth, as was stories about soldiers drinking vodka all day.

The fourth week was the hardest one for me so far, probably because we didn't know when we could go home again. For me, the most difficult part of military life is that you don't control your time.

This week, we started with physical training in the morning. Real winter started and it was not so easy to go running in the snow at 6 AM. The routine was as usual: a lot of physical exercise, lessons, little free time, quick showers, quick meals. We also had exams and I am glad I passed all of them.

Sunday was my first day on duty. When you are on duty, you have to help the command in charge to keep everything in order in our squad for 24 hours. You go to sleep only when you finish your shift. All these experiences are amazing, but hard at the same time, but I am sure that after nine months I will see the results all these "uncomfortable" things.

This has been my worst week in Rukla so far. I fell ill and the doctor gave me two weeks off physical exercise. And that is bad, because now we are in the best part of our training. On Monday, my colleagues went to a forest for one night. They returned exhausted, but it was a unique experience.

This week they also went to practise live fire shooting and I was not able to participate in these, because the doctor ordered me to stay inside the barracks. They also did cross-country skiing.

Weekend was nice, we saw a film about partisans and had more free time. Normally, we have at least one hour free after dinner, but sometimes we wish we had more. So when we get more than one hour free, we are really happy.

Some 359 young people have expressed willingness to serve in mandatory initial military service in...

The Lithuanian Defense Ministry proposes to lower the upper age limit for draftees for mandatory...