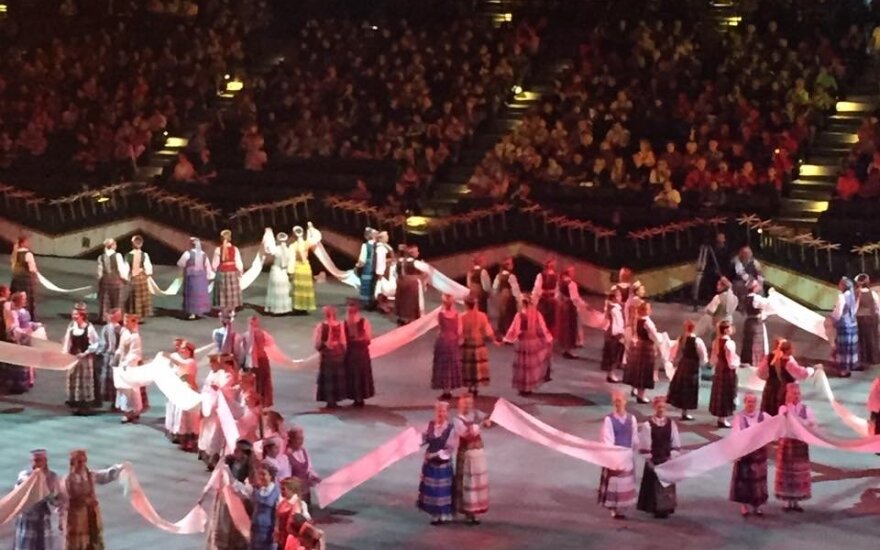 Dance troupes came from all over the United States, Atlanta, Chicago, Boston, Los Angeles but also closer, like the Baltimore suburbs.

The crowd cheered as 1,800 dancers streamed onto the arena floor.

Waltzed and polkaing, the thousands of dancers wiled away Sunday afternoon in the traditional way their grandparents and great grandparents would have danced in Lithuania.

"You're keeping the culture going," Rytis Grybauskas, a dance instructor at the Baltimore Lithuanian Hall told the Baltimore Sun.

The festival featured 45 troupes from 29 cities. The oldest dancer was aged 77; the youngest, aged seven.

The North American Lithuanian Folk Dance Festival has been held every four years since 1957.