BNS
aA
Major General Jonas Vytautas Žukas has been appointed new chief of defence of Lithuania. He will start his five-year term on Jul. 24, the Lithuanian president’s press service said on Tuesday. He will replace Lieutenant General Arvydas Pocius. 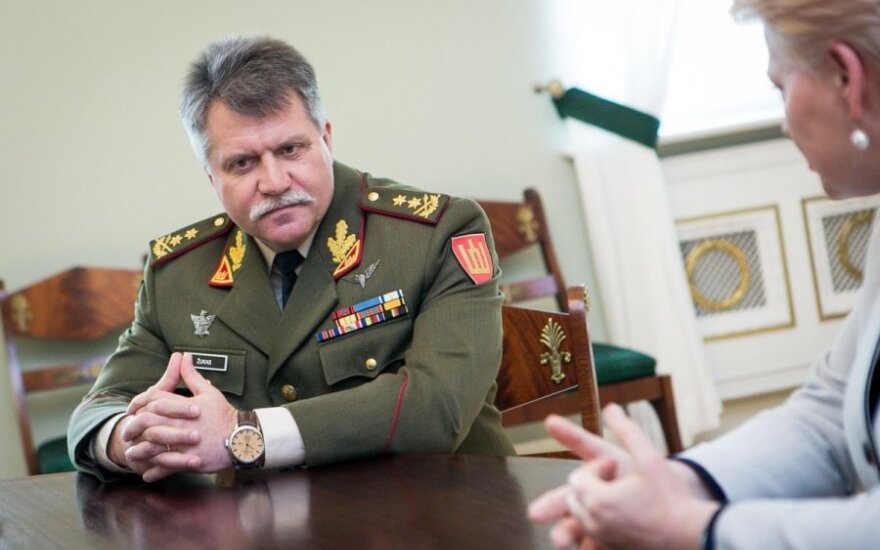 Before his appointment, Žukas, 52, was Lithuania’s military representative to NATO and the EU. He served as commander of Lithuania’s Land Forces in 2007-2012.

Last month, Žukas said that in response to the situation in Ukraine, Lithuania must step up its capabilities to act independently and prepare for unconventional challenges, including the incitement of ethnic minorities or arrival of armed persons without identification signs.

Following a meeting with President Dalia Grybauskaitė in June, the general underlined the need to pay more attention to personnel and weaponry as now military units are complete only up to 50 percent and there’s a lack of proper means of communication and transport and accoutrements.

The also general underlined that the whole of NATO is focusing more on collective defence operations amid the outgoing mission in Afghanistan and the ongoing crisis in Ukraine, and the Lithuanian army should be ready to act independently for a certain period of time the country might need to wait in the event of a crisis until support from allies arrives.

Žukas’ appointment was backed by the Seimas of Lithuanian on Jun. 26.

Under Lithuania’s Constitution, the chief of defence is appointed for a five-year term and dismissed by the president upon the approval of the Seimas.

In response to Russia’s aggression in Ukraine, Lithuania plans to increase defence spending by 130 million litas (EUR 37.54 million) this year. The country also plans to spend over 30 million litas on the Polish air-defence system GROM.