BNS
aA
Remigijus Zemaitaitis, leader of Lithuania's Order and Justice party, says he has already nominated a former ambassador and diplomat for the country's national defense minister, without disclosing the name. 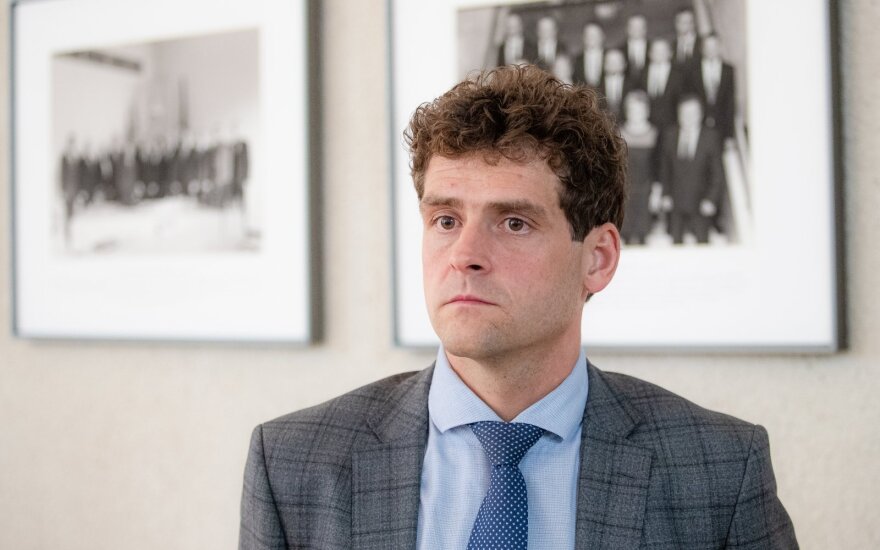 Zemaitaitis says he had two candidates initially but one of them refused.

"A former ambassador or diplomat agrees to do the job," the Order and Justice leader told journalists after the Thursday meeting of the ruling parties' coalition council.

He did not comment on President-elect Gitanas Nauseda's recent statement that he saw no reason for incumbent National Defense Minister Raimundas Karbolis not to be able to continue working.

"We'll see on July 19 who the minister will be. As far as I know, the nominated person is right for the position," Zemaitaitis said, adding that he personally does not plan to become a minister.

"Calm Lithuania down, I am working as a Deputy Speaker, and the position is rather important for me and significant. Besides, I need to prepare for the 2020 election. To lead the Ministry of National Defense is not my competence," he said.

Zemaitaitis also confirmed that his party would also nominate a vice minister of culture.

On Wednesday, Nauseda said he saw no reason why Karoblis could not continue working as national defense minister.

"I believe Mr. Karoblis has given an exceptional account of himself while doing his job, and having good knowledge of internal affairs at international organizations, having good contacts and having a clear vision," Nauseda said.

Under the four-party coalition agreement, the Order and Justice party gets the national defense minister's portfolio.

The Lithuanian Farmers and Greens Union, the Social Democratic Labor Party of Lithuania, the Order...