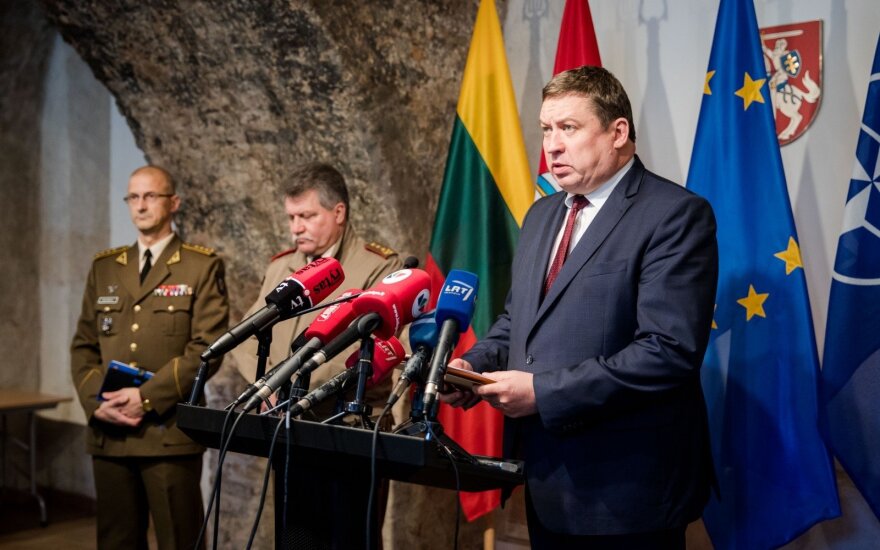 In presenting an initial assessment of Zapad 2017, which ran from Sept. 14 through Sept. 20, Lithuania's officials confirmed that the exercise scenario was offensive, i.e., an attack on the Baltic states.

Russian troops are currently being withdrawn from Belarus' territory, but drills in the Russian exclave of Kaliningrad continue.

Defense Minister Raimundas Karoblis noted that Russia had announced that 12,700 troops would participate in the Zapad war games.

"I won't give any specific figures and comments right now, but the build-up of forces was several times higher than the officially declared number of Russian troops," Remigijus Baltrenas, director of the Second Investigations Department under the Defense Ministry, told reporters.

He emphasized that this was the data available to Lithuania's military intelligence.

Meanwhile, Karoblis said the exercise had involved "conventional actions against states of higher technological level, namely NATO" and were "both offensive and defensive in nature". "All elements of the Russian Federation's armed forces, including space forces," took part in the complex drills, which was not in line with statements that the exercise was aimed at anti-terrorism operations, he said.

Also, in his words, Zapad involved bombers and “actual bombardment close to Lithuania's borders,” air assault close to Latvian and Estonian borders and near the Barents Sea.

"What is important is that the simulation of an offensive from the Russian Federation toward all Baltic countries took place," the minister said, also stressing that all this showed that the post-Zapad security situation had not improved, and Russia's political position was unchanged.

According to Karoblis and military officials, the exercise confirmed earlier fears that the Russian armed forces are capable of reacting within 24-48 hours.

"Zapad 2017 proved that this is the Russian capacity of using the armed forces," said Baltrenas, the military intelligence chief.

Army officials said they had no data about stationing of Iskander missile systems or activation of nuclear weaponry systems in the Kaliningrad region during the exercise.

The minister also accentuated Russia's failure to ensure a possibility for neighboring countries to verify the validity of the information about the drills.

"This goes for the size of the exercise, the number of participants, scenarios and publicity instruments. We can even say that some of the information was of misinformation character," said the defense minister.

In Karoblis' words, the Russian army has launched the latest technologies, including electronic and automated control systems, drones and other modern systems.

"This is not the army that was in Georgia in 2009, it is not even what it was in Ukraine in 2014. It looks like it is learning lessons in Syria. Russia's army is getting stronger, improving interaction and other elements," Karoblis said.

He emphasized that, in response to emerging challenges, NATO should keep improving its interaction, adapting to new conventional threats, enhance Lithuania's contingency by modernization of its Armed Forces, boost public immunity and prepare for defense, not only deterrence.

Nevertheless, the conclusions suggest that the actions held in the framework of the drills "did not evolve into any provocations, except for a few minor incidents."

Chief of Defense Lieutenant General Vytautas Jonas Zukas said NATO contingency plans had not been developed exclusively for Lithuania but for all Baltic states and Poland, therefore, all actions would be coordinated with the nations.

During the Zapad 2017 exercise held on Sept. 14-20, two transport aircraft violated Lithuania's airspace close to the Curonian Spit en route from mainland Russia to the Kaliningrad region. Russians said this was done with a permit from Lithuania's air traffic controllers to avoid bad weather. Meanwhile, Vilnius maintains the Il-76 were never granted permit to enter the airspace.

Later on Tuesday, the defense minister should present the Zapad 2017 assessment conclusions to the parliament's National Security and Defense Committee.

Lithuanian Defense Minister Raimundas Karoblis will on Tuesday present an initial assessment of...