Christine Neijstrom | The Lithuania Tribune
aA
I recently spoke on the phone with my friend Paulina about the allure of Europe. Paulina, a 35 year-old Polish native, moved to the United States when she was 12. She talked with me from the backseat of her cousin’s car as she travelled through the Polish countryside with her mother. She lamented that her visit had made her homesick. 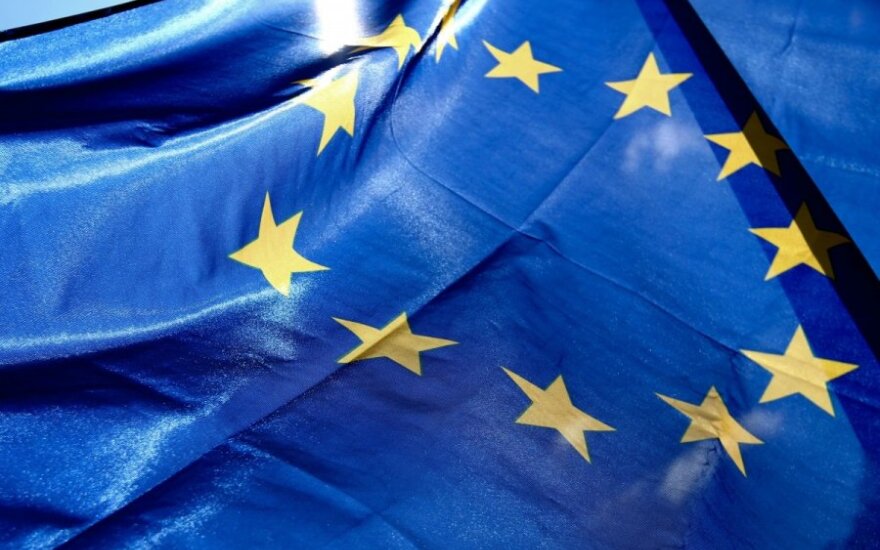 She was homesick for the little things that made Europe different from the United States and for the big nameless things, a different grace and pace to living, a different set of values. In the midst of trying to define this European difference she asked, “I have an EU passport—why aren’t I living here in Europe?”

Related articles
MEPs leave for Brussels: most intend to keep living in Lithuania

In her yearnings, Paulina voiced a fondness not for Poland alone, but for Europe. This subtlety is exactly what Dutch writer Mark Schalekamp is pouncing on as he puts his own EU passport to work by visiting each capital of the 28 countries comprising the European Union in an effort to define what, aside from a fiscal union, glues Europeans together.

Disturbed by the lack of official attention given to promoting social cohesion within the European Union, he hopes readers will make personal connections with his subjects. “Social cohesion comes from a basic knowledge of other people in the group and the community. Knowledge and understanding leads to more appreciation. If the European Union is only a fiscal or economic union, as it was meant to be, well, it won’t succeed. There has to be, in my personal belief, more to it. There has to be personal interest in other people, in the other members of this Union,” Schalekamp explained.

“I want to know who my new neighbors are,” said Schalekamp. “Since the European Union is expanding, there have been a lot of people who are now members of the same club. I want to find out who these people are. That is why I chose eight different professions.”

This week, Schalekamp used these eight career categories in Vilnius to interview seven Lithuanians and one foreign resident to capture Lithuania’s views on European identity, “At the social top, maybe there is the doctor. At the social bottom, there is the prostitute. And then you have the others. This way I have the whole society with their own different perspectives.”

The perspectives, published as individual portraits on his website, youropeans.eu, are as diverse as the project’s participants. Schalekamp has already published his interviews of the 42 men and 29 women he met in his travels to Athens, Dublin, Berlin, Helsinki, Luxembourg, Madrid, Nicosia, Paris and Lisbon.

His recent tour of the Baltics, ending this week in Vilnius, should appear on the website soon.

“There is no such thing as a European identity”

Schalekamp asks most of his participants to explain their personal orientation with the European Union. He reported that roughly half identify as European. The portraits on his website reveal the unease the other half experience when asked what it is to be European. In a published portrait of a Greek doctor, Schalekamp is told, “There is no such thing as a European identity.”

Others Schalekamp has interviewed, such as Madrid’s local celebrity and parliamentarian, Cayetana Alvarez, express a European identity through an adherence to ideals.

“What are Europeans values, you ask me?” Alvarez echoes Schalekamp’s question in his published portrait of her, “Well if we talk about the essentials, the basics, they are democracy, political pluralism, open markets, freedom of expression, religious conscience, and speech. And they have become universal values. They aren’t good because they’re ours, but they are good because they’re good,” she answered.

Angie explained she wouldn’t have chosen to be a part of the European Union, “I don’t know these people on the other side, in these other countries. Especially all these new Eastern European countries. They shouldn’t have joined. It’s already complicated enough as it is. It’s not good for us or for them. They come to France and they live in the slums, they don’t have a proper life. They sleep outside, their children don’t go to school.”

Bridging cultural and social divides within the EU

Sitting in a Vilnius café in one of the “new Eastern European” member countries Angie described, long after he’s left the night club she dances in, Schalekamp reflected on the difference he’s seen in the Baltics, “In Lithuania, Latvia and Estonia, they are far more happier with the European Union. For them, they come from being imprisoned and being part of the European family means freedom, human right are respected. Being European means the freedom to travel, to work, etcetera. That is new for them. For us these are almost given facts, we [Western Europeans] are spoiled of course.”

Schalekamp said he hopes to bridge the gap between East and West, “The European Union is doing a really bad job of selling itself or communicating. They are not interested in social cohesion and I know this for a fact as there is no European money, no funding for projects that stimulate cohesion.”

“Lithuania is a bit schizophrenic as a country”

One of Schalekamp’s portrait subjects, 24 year-old filmmaker Romas Zabarauskas, was chosen to represent an artist in Vilnius. After his meeting with Schalekamp he voiced enthusiasm for Schalekamp’s mission, “I think it’s a great idea and of course the European Union has an identity crisis so these projects are trying to answer these difficult questions about how to feel more solidarity and unity.”

Zabarauskas is well known in Vilnius for his films and as Lithuania’s default spokesperson for the lesbian, gay, bisexual and transgender (LGBT) community. “I don’t consider myself to be an activist but it is rare here to be that open so I became a public speaker for LGBT rights in Lithuania.”

The topic of human rights is what most attracts Zabarauskas to a European identity. He hopes that the ideals voiced by Schalekamp’s earlier interview with Madrid’s Alvarez will become internalized in Lithuania’s identity as a result of the country’s membership in the European Union.

Zabarauskas frets that, ironically, the opportunity for progressive change passed when the nation became a member state.

“Lithuania is a bit schizophrenic as a country. We certainly don’t want to be under Russian influence so we want to be in the EU and profit from open borders. The paradox that I told Mark Schalekamp about is that before being accepted into the EU we were more polite and diplomatic. After we got into the EU, the European [values] integration was finished. Now politicians are using homophobia and sexism to get votes. In some ways things got worse after joining the European Union,” said Zabarauskas.

Zabarauskas expressed a yearning to merge his Lithuanian identity with his personal ideals, “Lithuania is the naughty child in the European family and has to grow up. Without that happening I cannot be myself and be in solidarity with Lithuania. Lithuania needs to value human rights to become fully united with the European Union. Of course that is not to say there aren’t problems with Europe, but Europe is the most just society in the world so I think we need to learn from them.”

Zabarauskas said that despite a backlash against LGBT rights in Lithuania, including a recent decision by national television not to air gay pride messages, a protection of minors law, a ban against same sex marriages, and the censoring of a children’s book portraying homosexual love, he won’t be using his passport to move to another EU state.

“I see my future in Lithuania. Making independent films is difficult everywhere, but my future is here. The only disadvantage is how to find the love of your life because it is so small and everyone is scared to be out. My main message is always to come out. If you’ve come out, you’ve already won. That is not just for gay people but for everyone, for progressives, for supporters of LGBT, for feminists. You have to come out. We are who we are.”

Schalekamp’s own interview with Zabarauskas and seven other Vilnius residents will be shared on his website, Youropeans.eu.

Vilnius marks the mid point of Schalekamp’s journey. He arrived a bit tired and ill from his breakneck tour of Europe. He was worried about budgeting his project and a looming book deadline. Despite these discomforts, he describes the Youropean project as his dream job.

Schalekamp is humble and hopeful about the reception of the burgeoning collection of European voices his dream project has created, “I realize I only go to capitals and speak to people who are able to speak English. My population, I know, tends to be younger and educated. I’m not going to draw huge conclusions. That is not my meaning. For me, it is important that people want to read these stories. My project is a social project. I want to see cohesion. I think it is important.”

MEPs leave for Brussels: most intend to keep living in Lithuania