BNS
aA
Young people in Lithuania's cities of Vilnius and Klaipeda plan to join an international protest against clime change on Friday but the movement has attracted considerably less attention in Lithuania than it has in Western Europe. 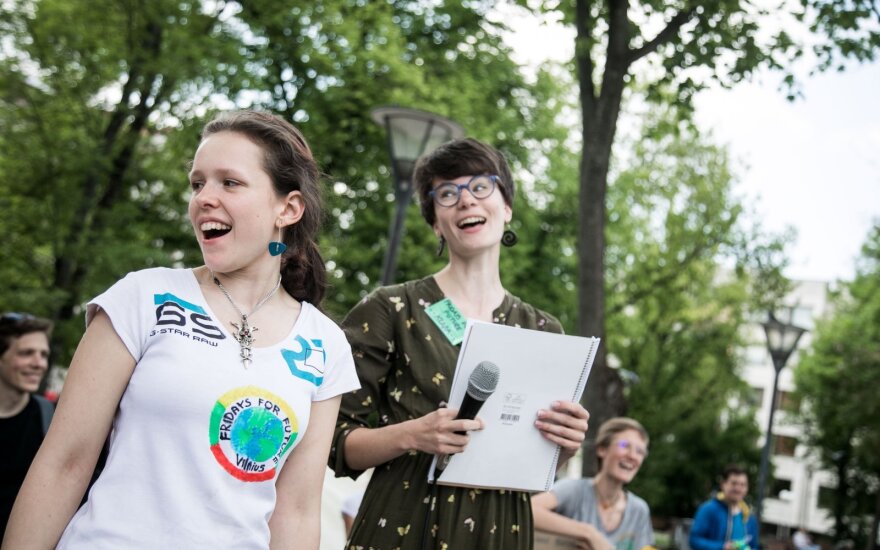 Activists have been holding demonstrations to attract politicians' attention as European go to polls to elect a new European Parliament.

"Lithuanians are lagging behind very very much. Up to 100 people took part in the last event in the Cathedral Square in Vilnius. And there were thousands in the Austrian capital Vienna. But we are slowly moving towards that," he told BNS Lithuania on Friday.

Thousands of young people have joined the movement against climate change, Fridays for Future, initiated by Swedish activist Greta Thunberg. Inspired by this activist, teenagers skip classes on Fridays to take part in demonstrations. But their involvement has received controversial reactions.

"We don’t want to be linked to only schoolchildren or students. We all contributes to this problem, this crisis, and we all can take action to affect it positively," Jurkuvenas said.

Protesters are gathering in Vincas Kudirka Square in central Vilnius at 5 p.m. on Friday. And in Klaipeda, a march will take place at noon from the Old Market to the Revival Square.

Scientists agree that people's economic activity is contributing to global warming. Climate change is affecting Lithuania as well as more frequent thaws in winter do damage to roads and the construction sector, and farmers also suffer from sudden weather changes and longer droughts.

The Lithuanian government says measures are being taken to fight climate change by increasing energy efficiency and reducing car pollution.

The extreme temperature swings that Lithuanians have experienced this April are as a result of...

New heat records were registered in parts of Lithuania on Monday and more hot weather is in store...

Firefighters put out fires but remain on high alert

Lithuanian firefighters remain on high alert after containing fires that ranged across the country...