Liucija Zubrutė,
www.lrt.lt
aA
Some experts call the current tensions between Russia and the West the new Cold War. Meanwhile, NATO countries, especially the ones that are on the outskirts of the Alliance, are concerned about the lack of funding for defence. Would two per cent of the GDP, in the face of Russian aggression, be enough to repel the fully armed eastern neighbour, should the need arise? 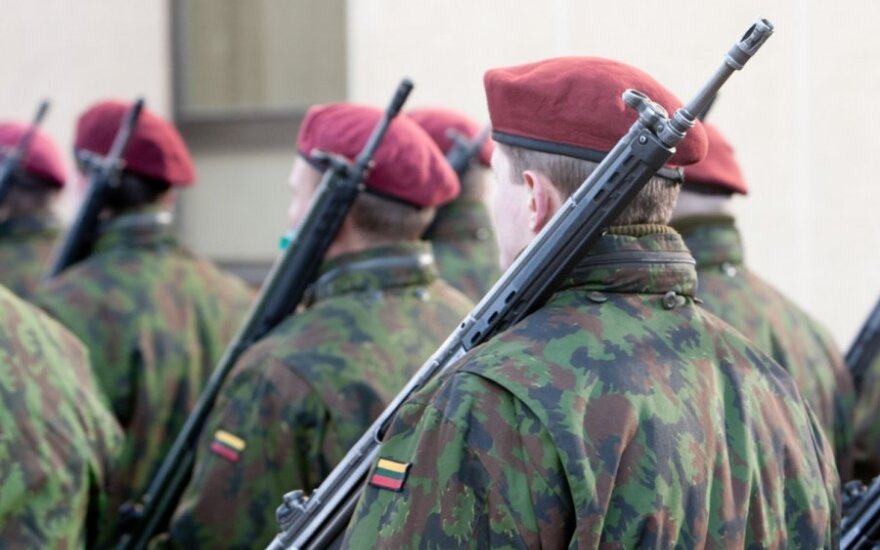 It’s hard to say how much funding the Soviet Union spared for defence during the Cold War, because there is no information from their side up until the nineties. For example, a textbook for higher education institutions published in 1958, ‘USSR Finance’, says that: “The Soviet Union does not disclose the amount of money spent on defence, because the humanity knows how peaceful the character of the Soviet government is.”

During the Cold War, enormous amounts of money were also spent by the countries that did not belong to NATO. For instance, Finland and Sweden, on the basis of the conception of total defence, used to spend around 3-4 percent of the GDP. 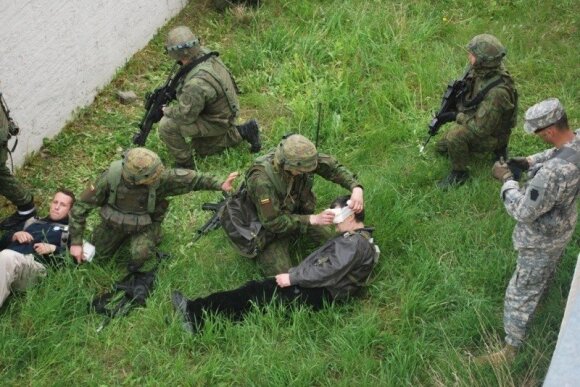 Defence expert: Lithuania should be ashamed

Experts interviewed by LRT.lt say that the recommendation provided by the transatlantic alliance is sufficient, because the collective defence is based on collaboration rather than individual countries' abilities to defend their territories. But the fact that Lithuania fails to reach the 2 percent threshold is shameful, according to defence expert Tomas Jermalavičius.

“Whether we are afraid of Russian aggression or not, we have to understand that defence in one of the core functions of an independent country. If we do not fund the defence properly, and do not pay attention to it (in the end, Russia is no longer the only aggressor for us), we do not fulfil the agreements within the Alliance as a sovereign state, we should be ashamed of it,” thinks the expert of the Estonian Defence Studies Centre.

He suggests one imagines how Lithuania could justify its spending priorities to NATO, and why it cannot perform the essential functions, which, for example, are required to receive the reinforcements to the air bases to ensure the security of the government’s strategic communication. 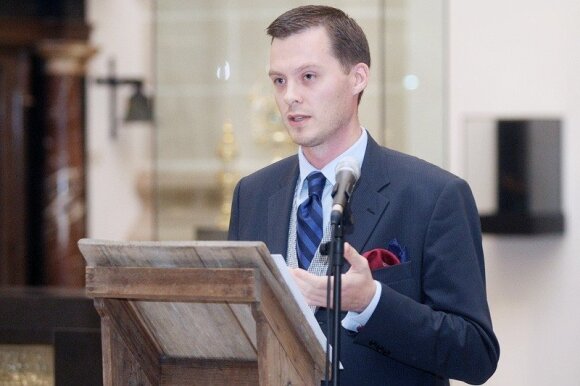 This view is supported by the European Humanities University (EHU) Vice-Rector Bernardas Gailius. He believes that a country’s defence is a matter of survival, so the national budget should be distributed differently – 2 percent of the GDP should be written on a white sheet of paper as number one priority, and then other areas listed next.

"If we always turn to NATO and ask who will protect us, but we ourselves do not take that political step, which would show that we take our defence seriously, no one else can take it seriously either," Gailius says about the Lithuanian political elite’s decisions.

Lecturer in Vilnius University (VU) International Relations and Political Science Institute Deividas Šlekys does not believe that it is appropriate to think of a larger sum of money than the one stated in recommendations. According to him, a sudden and large increase in funding can cause problems.

"If more than half of all NATO member states increase it, there will be more money than necessary. How will we know where to spend it if the coffers suddenly open up? In Lithuania, it will be the largest challenge of the rising budget – to spent the funds purposefully and effectively,” Šlekys notes. 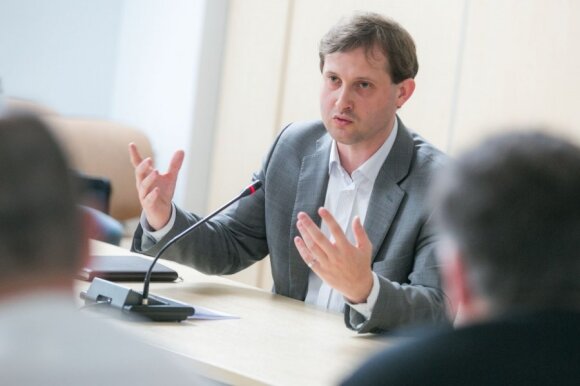 The military needs many things

On the same note, the lecturer adds that in Lithuania, there is much talk about anti-tank and anti-aircraft weapons, but, in his opinion, the priority should be given to other things.

"We need to increase the ammunition stocks, pay attention to the land forces tactical level, their communication systems, night vision goggles and devices, weapons, maybe even bullet-proof vests, uniforms and things like that. However, we also need heavy weapons," Šlekys explains.

Jermalavičius asserts that the ability to purchase weapons of expensive technology for countries like the Baltic States is very limited, even if more than two percent of the GDP were spared. We need to plan costs bearing in mind that we are part of a bigger collective system that we can rely on, he says.

“For example, Estonia spends two percent of the GDP, which is 400 million euros. This approximately equals the amount of money that the U.S. spent on one group of soldiers in Afghanistan. It's not big money. Therefore, all decisions should be made very carefully,” emphasizes the defence expert.

Will the history repeat itself and politicians’ promises remain just promises?

Gailius has doubts about politicians' promises to reach the NATO-recommended funding level by 2020. Who can guarantee that the government of that time will not use the often-repeated argument that the previous government did not do anything it should have, so they cannot either?

“I think it’s time for us to speak, the population. It’s time to say that we want to see two percent spent spent on defence in the next budget plan. Six years is much too long, because it’s not clear what will happen in 2020. We should assure the politicians that we will support them – as for now, troops are needed more than a new hospital or a school. Because if we end up like Ukraine, all of our schools will be irrelevant,” Gailius appeals to the public consciousness.

Jermalavičius estimates that the government gives similar promises for the third time already. According to him, the bitter experience is disappointing, so such obligations should be assessed very carefully.

“It may be interfered by the populism of political parties, the misunderstanding of the value of defence, the lack of leadership or political will. A few years ago, we heard the president saying that we did not need those two percent of the GDP, there was no such commitment, and that we needed to spend the money wisely, and not how it had been agreed upon. It may also be prevented by Russia that is trying to exploit our political vulnerabilities, use agents of influence and the like,” states Jermalavičius.

The Seimas of Lithuania adopted budget amendments which allow to increase spending on national...

In the coming 5 years Saab Bofors Dynamics AB company of Sweden will be providing munitions for...

A security crisis in the Baltic states is the biggest threat to NATO, therefore, the Alliance must...

Lithuanian defence budget to rise to 1% GDP in 2015

Lithuania’s army stopped developing and improving after funding was cut due to the recent...