BNS
aA
The world will have its eyes set on the pope visiting Lithuania this weekend to see if he will touch upon the sexual abuse scandal rocking the Catholic Church. 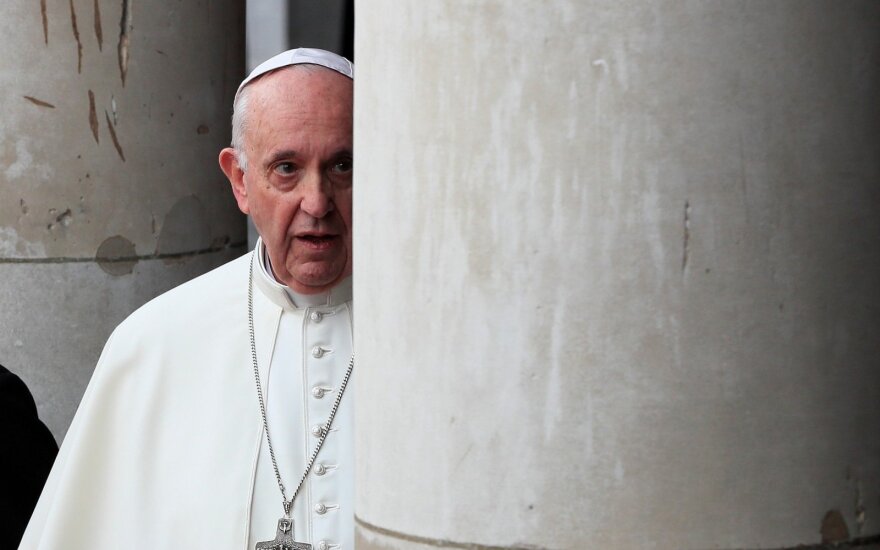 Shocking figures revealed in the United States and Europe over the past few months have revealed the scale of sexual abuse against children by Catholic priests or attempts to cover them up.

Philosopher Vytautas Ališauskas says the pope might touch upon the issue indirectly.

"I would say it shouldn’t be a special theme but if it's not expressed directly, so in any case he will speak about things that are closely related, including the Church's openness and ability to respond to challenges," said Ališauskas who served as Lithuania's ambassador to the Vatican in 2008-2012.

"These things will definitely overshadow the papal visit to Lithuania since the Catholic Church is a global religious community, and events in one or another corner of the world affect the whole community," Milda Ališauskienė, a sociology professor at Vytautas Magnus University, said.

Following a long probe, the Catholic Church in Lithuania disclosed in March a sexual abuse case involving a priest, dating back to the seventies. The priest involved is already deceased.

A separate case of alleged rape of a minor by a priest was launched in 1992 but later dropped due to a statute of limitations.

Ališauskienė says more and more states might starts reconsidering their relations with the Church in the long term.

"In some areas the issue might be raised as to whether the Church is capable of ensuring religious education, what's its quality and contents, and who are those people who teach that," she said.

Pope Francis will visit Lithuania on Saturday and Sunday and will travel to Latvia and Estonia later.

With cooler temperatures and showers in the forecast for the coming weekend, the archbishop of Vilnius...