Women are flooding in to learn subtleties of war 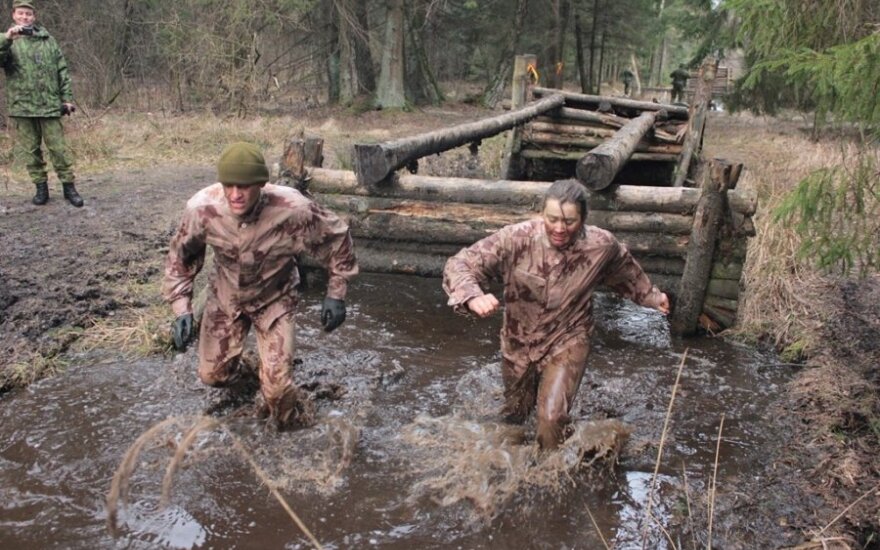 According to the Ministry of National Defence, the newest group of trainees has an especially large number of female trainees this year – 15.

After starting their service, the youths will have five days to decide if they are willing and able to link their future to the military.

Alina Merkytė, starting her basic military training, claimed that she joined with the goal of serving in the Lithuanian armed forces: “I finished my psychology studies and had some work experience in the Lithuanian army. I came to be very interested in this field, which motivated me to enter basic military training. On successful conclusion, I would like to serve as a military psychologist.”

Arminas Mockevičius, who works at the Drugs, Tobacco and Alcohol Control Department, said he joined the training because, according to him, every man should receive at least some military knowledge and skills, as they can serve well in civilian life as well.

The first weeks will be spent mostly on theory, learning tactics, weaponry and shooting, war topography, protection against nuclear, biological and chemical weapons, medicine and other military subtleties. Field training will only begin after six weeks of service training. Also, much time will be spent on physical preparation.

Basic military training is offered on a volunteer basis for 18-38-year-olds who have not performed mandatory basic military service.

These training courses are organised in order to ensure an army mobilisation reserve and provide an opportunity for youths to gain basic military training and aim for military service in the Lithuanian armed forces.