With conscript dead from infection, some suspect army food

www.DELFI.lt
Lithuanian conscript Martynas Jurkus died in a Lithuanian military hospital on Monday due to an acute infectious disease. Military representatives have denied allegations that the conscript's rapid deterioration in medical condition could have occurred due to unsuitable food, but an official medical analysis is still forthcoming. 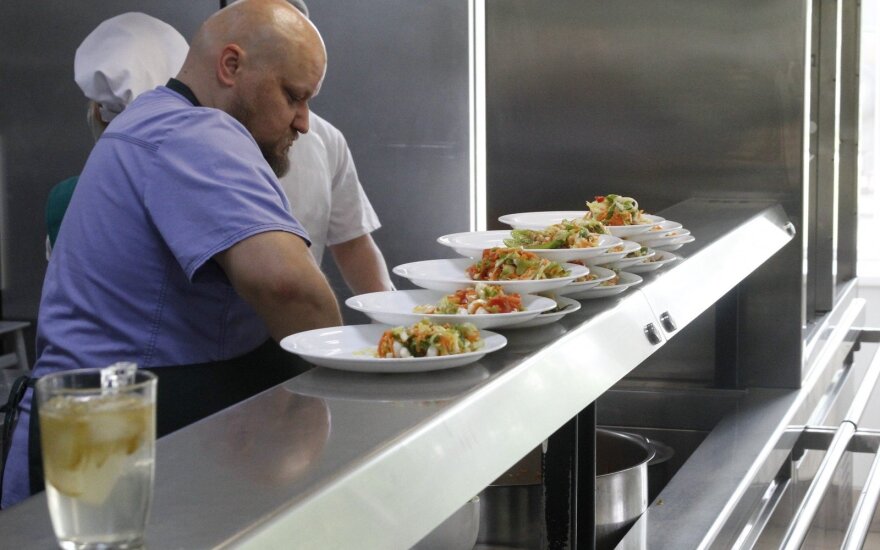 Jurkus began his service on April 4th of this year and had had no recent medical complaints.he was also described as a soldier in excellent shape.

“His health was of the highest degree. He felt great after all athletic events and exercises. He had no complaints,” said Lt. Col. Aleksiejus Gaiževskis.

“This morning, we immediately asked all of our soldiers, especially from his division. None of them had any complaints. Absolutely none. There are no conclusions that his health condition could have been caused by food. We are disinfecting the premises again to avoid any risk at all,” said Gaiževskis.

“We will be able to say for certain after the tests. This was a sudden illness. Perhaps sepsis. But that's just a guess. We do not know the final diagnosis,” said military medic Lt. Col. Jolita Siesartienė.

However, some conscripts have expressed shock at the incident. Between 80 and 90 have complained about a lack of information and have therefore refused to eat their food. “Don't be angry, but I value my life,” said private Žilvinas Kazlauskas.

Some soldiers indicated that at least 6 of their colleagues were experiencing similar symptoms and were currently at the medical facility.

A man performing the initial mandatory military service passed away in a Kaunas hospital on Monday...

After years of under-investment, a once-comatose Lithuanian army must now learn to walk again, and do...

Why did a third of military conscripts fail their medical examinations?

In 2015, about a third of conscripts did not pass their military medical examinations. Why were a...