Will Obama's Tallinn visit be enough to deter Putin?

Eglė Samoškaitė
Parašyti
autoriui
aA
In diplomacy speak, US president Barack Obama's visit to Tallinn means a warning to Russia to keep her hands off the Baltic States. 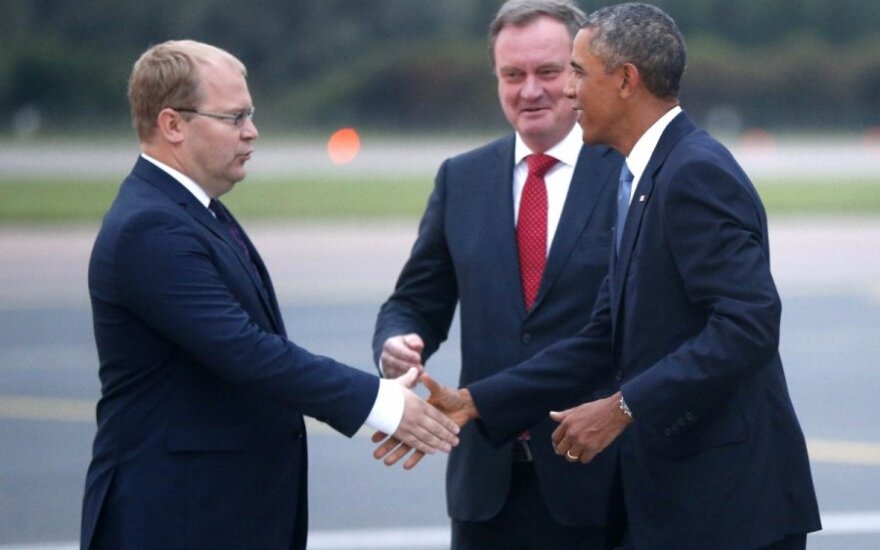 Unlike Ukraine, Lithuania, Latvia and Estonia are protected by NATO's Article Five. However, the fact that Obama makes his second visit to Eastern Europe this year testifies to the fact that the situation is serious. Will this be enough to deter Russian President Vladimir Putin, who, in annexing Ukraine's Crimea, has shown he is ready for a great deal of adventurism?

Enough for Baltics, but not for Ukraine

Professor Terry H. Randolph of Palm Beach State College (Florida) says that Obama's visit to the Baltics does send a warning message to Moscow, yet the US president's next stop in Wales, which is hosting a NATO summit, is more important.

"I think Obama's visit is very significant to the Baltic States, but not Ukraine. It's a message to Putin that the Baltic States are behind a line that is not to be crossed, that NATO will respect its obligation to protect these nations," professor Randolph tells DELFI. "However, I think that the NATO summit is the main element here. NATO countries must agree to take action and back the message Obama sends with his visit."

"I think President Putin will interpret this visit the way it is intended - as a reassurance to allies that the US will carry out its obligation to NATO and Europe, including the new members. However, it is unlikely to convince Putin against aggression in Ukraine which is not a NATO member," she tells DELFI.

British political observer Edward Lucas also notes the significance of Obama's visit, but he thinks it will not suffice to deter Russia.

He says that Obama chose Estonia of the three Baltic nations in recognition of its determination to spend 2 percent of the GDP on defence.

"But it is not enough to deter Russia from attempts to harm the Baltic States. The biggest danger is not even a military attack, but various provocations and subversions, accompanied by information attacks aimed at disrupting domestic and international decision makers. NATO is ill-prepared to respond to that, we've a lot to do," according to Lucas.

Grybauskaitė stresses security and energy before meeting with Obama

The presidents of the three Baltic states will meet with US President Barack Obama in Estonia on...

President Obama to meet Estonian and US soldiers in Tallinn

Barack Obama will meet Estonian servicemen and American paratroopers during his visit to Estonia...

The US President Barack Obama has arrived in the Estonian capital Tallinn .

Matthew Bryza, director of the Tallinn-based International Centre for Defence Studies, said that while...