LT Daily, media brief
aA
Consumers will not see a big drop in the price of their gas following a new deal between Lithuanian gas trading company Litgas and Norway's Statoil which will cut the wholesale liquefied natural gas price by more than a third and reduce the maintenance costs of the LNG terminal by 23%. 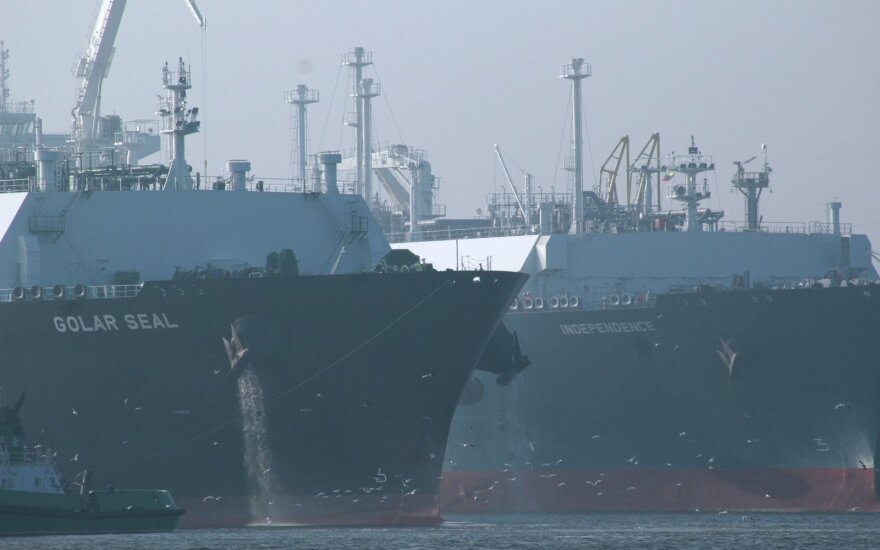 “We always resent the fact that on one side we see the millions that will be saved, but when it comes to consumers, we find that prices fall by about 1.5%,” said Finance analyst Gitanas Nausėda.

It is expected that due to the agreement, cooking and heating gas prices should drop by only 1% for Lithuanians from July 1. Nausėda said that from the beginning of this year, an excise duty came into force that increased the price of natural gas by the same 1%.

Economy and Finance Department Director Sigitas Besagirskas at Lithuanian Confederation of Industrialists noted that the only company that will feel the positive effect is the nitrogen fertilizer and industrial chemical products manufacturer Achema. The drop in price will save Achema as much as €5 million a year.

“The positive benefits will be felt by Achema because it accounts for almost half of the Lithuanian gas consumption. In addition, this plant is not using LNG as an energy resource but as a raw material,” said Besagirskas.

After signing a renewed contract, LNG terminal maintenance costs will fall by €25.5 million from €109.47 million per year.

Prime Minister said the new deal significantly improved the terms and that because the lease on the ship was relatively short it was difficult to negotiate a lower price.

“Now the contract has been extended until 2024. In practice, the ship is also leased until that time. This is one of the conditions for which Statoil has agreed to negotiate. Of course, this is not the longest term, so naturally the price cannot be the lowest possible,” said Prime Minister Algirdas Butkevičius.

“Another important aspect of our case is that we are now buying not 540 million cubic meters per year, but 350 million. There is another condition - if the use of the gas from the terminal will grow and demand will increase, it will be possible to buy gas from other suppliers,” he said.

Litgas , the gas trading arm of the state-owned energy group Lietuvos Energija , will sign a renewed...