Why was sentence so light for Labour party founder?

Žinių radijas
aA
It took almost 10 years for a court's decision regarding the Labour Party's fraudulent bookkeeping in 2004-2006 to come into effect. However, the Vilnius circuit court's altered decision regarding the sentence for Viktor Uspaskich, the party's disgraced founder, raised a storm of commentary. Few seem to have expected the appeal court's decision. How could it be that the accused got away with a tiny fine when they had been working to hide millions? 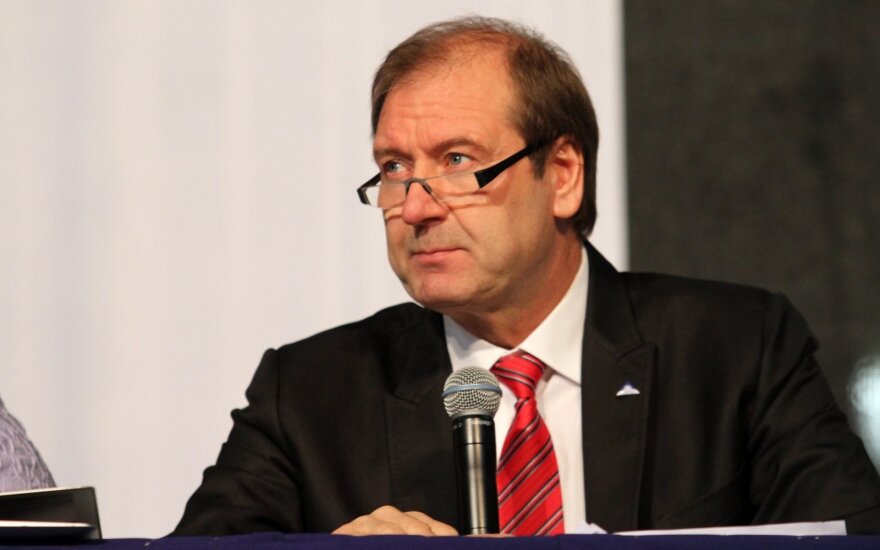 “The facts seem to be clear to all of us, and nobody's arguing them very much. The numbers might vary by a few million. In this case, however, it was a legal qualification. By finding them guilty of fraud, the court of first instance ruled that the defendants' actions, hiding taxes and leaving them for the party, should be qualified according to the laws on fraud. These laws have stricter sanctions and, appropriately, a longer statute of limitations.

"The appeals court, however, decided that the same actions, which weren't disproved and are still criminal, legally should be classified according to the laws on financial crimes, because they were exceptions from the laws on fraud. There is no third way here. There's simply a dissimilar legal practice being applied here, which even the prosecutor has admitted,” Norkūnas explained on Žinių Radijas.

Vytautas Nekrošius, a professor at Vilnius University, said he wouldn't want to see the day when a judge would read a newspaper to find out what judgment the public, a politician or someone else wants before delivering their verdict.

“What problems do we see in this situation? First, communication. Some judges can explain their decisions in simple words, while others find this difficult. In this case, the Lithuanian appeals court did not do what it was supposed to do. They had to designate a judge who would explain the decision's nuances.

"In the mean time, our discussions are making things harder for the Supreme Court. We're stepping on the same rake that we stepped on during the hysteria that surrounded the Rinau case and Garliava. The head of the state says that she ostensibly won't comment on the court's decision, but that the Supreme Court should ensure it shouldn't be allowed to steal in Lithuania – take that as you will.

"Why do we always miss the opportunity to stay quiet? I'm sure that statement has been filed away somewhere and will be used in the court in Strasbourg should need arise,” he added.

It still pays to defraud, steal and avoid taxes in Lithuania , the country's President Dalia...