Eurasia Daily Monitor
aA
Belarus’s Independence Day is celebrated on 3 July. On that day, 70 years ago, Minsk was liberated from the Nazi occupiers. This 3 July, President Vladimir Putin of Russia participated in Minsk’s celebration. Two days prior to that event, during a grand ceremonial meeting devoted to the national holiday, President Alexander Lukashenko delivered part of his speech in Belarusian. 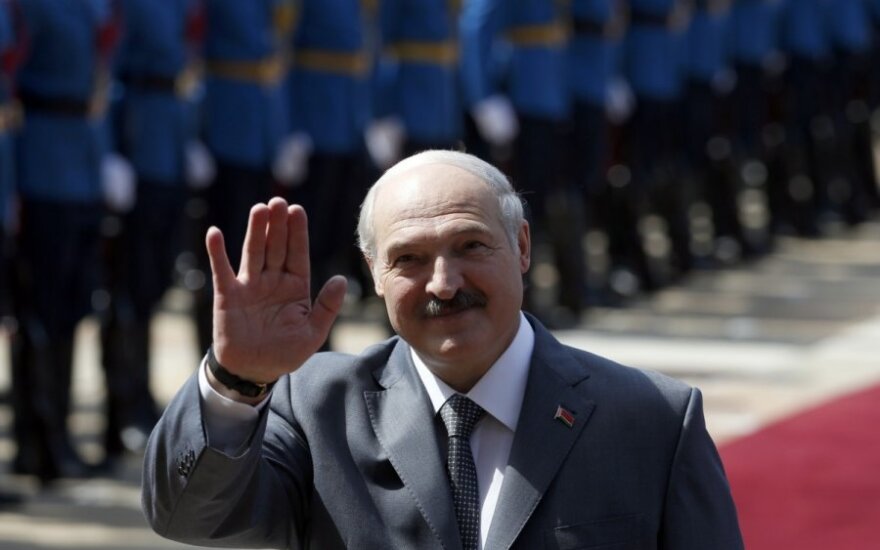 In any other country, speaking the language of the ethnic majority would hardly be considered newsworthy. Not so in Belarus, where, according to the 2009 Census, only 23 percent of the adults use Belarusian at home. Predictably, most observers explained Lukashenko’s Belarusian language as a way of casting Belarus as an ethno-national community separate from Russia, particularly at a time of military confrontation in eastern Ukraine where, much like in Belarus, many locals have never developed a strong national identity. The fact that the “accomplishment” of putting rhetorical emphasis on detachment from Russia is credited to Lukashenko makes the event even more newsworthy as this leader is usually popularly associated with Belarus’s extreme closeness to Russia.

Related articles
Opinion: Why are our neighbours poaching our history?
President's adviser Neliupšienė on Belarus and her new book

To be sure, fewer and fewer Belarusians want to unify into one polity with Russia. Just from 2012 to 2014, their number had declined from 13 to 9.8 percent, according to national surveys carried out by the Independent Institute for Socio-Economic and Political Studies (IISEPS). However, according to the most recent June survey by IISEPS, only 14 percent of Belarusians expressed readiness to participate in armed resistance to a would-be loss of statehood, whereas 48 per cent would be “willing to adjust to the new situation,” and 17 percent would actually favor a loss of statehood.

Sergei Nikolyuk of IISEPS believes that national patriotism is hard to develop if most people rely on a higher authority more than on their “personal resources”. In that case, whatever that higher authority happens to be, it will win popular support. If Russia promises to raise pensions, it will be favored as the new ruler of the paternalist Belarusian society. This society, however, is split. Whereas, altogether, 39 percent of Belarusians emotionally identify with the contemporary Belarusian state, among Lukashenko supporters, the share of those believing that the state is unconditionally “theirs” is 66 percent. Among Lukashenko detractors, on the other hand, only 8 percent feel a sense of ownership in their country.

The historical significance of Belarus’s Independence Day, the fact that it marks the Soviet Army’s liberation of Minsk from Nazi forces, has never stopped being debated. Opposition-minded Belarusians prefer to commemorate 25 March, the day on which the Belarusian People’s Republic was proclaimed in 1918.

In a talk show aired on the Belarusian Service of Radio Liberty, Andrei Dynko, the editor of the Belarusian-language newspaper Nasha Niva, said that the concept of Belarusian history and identity propagated by the Belarusian state effectively equates Belarus with an autonomous part of Russia, not with a truly independent European state. At the same time, Dynko believes that Belarusians’ respect for the rule of law, deriving from their historical experience within the Grand Duchy of Lithuania, sets them apart from Ukrainians and Russians. The other participant of the same talk show, the author and journalist Victor Matrinovich, believes that the system of national symbols that was adopted between 1994 (when Lukashenko came to power) and 2014 has been shattered as a result of the annexation of Crimea by Russia. Consequently, the government strategy of shaping Belarusian identity is going to change, and the fact of Lukashenko using Belarusian during his 1 July speech is a sign of that.

At the same time, scores of new billboards with Belarusian-language commercial advertisements have appeared in Minsk, and some shows on state-run television have switched to Belarusian. Martinovich, however, thinks that the slogan “Speak Belarusian” scares many people. If implantation of Belarusian into public life is going to happen as forcefully and haphazardly as from 1991 to 1994, the people will be alienated by it. In fact, Lukashenko’s coming to power in 1994 can be explained by that sort of alienation.

In his turn, Alexander Shpakovsky, a historian active in the pro-government Cytadel project, contends that the Belarusian nation has indeed derived from the local partisan movement of World War II. Questioned about the reasoning behind Lukashenko switching to Belarusian in his recent speech, Shpakovsky disassociates this event from the crisis in Ukraine and notes that over the past twenty years Lukashenko did use Belarusian publicly several times.

Shpakovsky also contends that of all the countries bordering Ukraine, it is the policy of Belarus that is most peaceful, neutral and fraternal. “Russians are practically on the verge of war with Ukraine; Poles facilitated the Maidan events in Kiev and the ensuing collapse of the Ukrainian state; and Hungarians have already voiced territorial claims. Only Belarusians render true help,” he claimed. “There is a project titled The Band of Good Neighborhood, according to which Ukrainian farms within 100 kilometers from the Belarusian border receive Belarusian aid. This aid is essential, as the Maidan sloganeering eclipsed the routine care about the sowing campaign. As a result, there soon may be a food deficit in Ukraine,” Shpakovsky continued.

Perhaps the most controversial is Shpakovsky’s opinion about the influence of close ties with Russia on Belarusian foreign policy. Belarus, the Cytadel historian believes, is more independent of Russia than US allies are from the United States. “Might it be possible that during the American bombing raid of Iraq, the leader of, say, Lithuania would meet with Saddam Hussein? Hell no! And our president freely met with [interim Ukrainian president Viktor] Turchynov during the sharpest phase of the conflict [between Russia and Ukraine] and participated in [newly elected President Petro] Poroshenko’s inauguration. This is because we are taking guidance from our own interests and our ideas about regional security.”

Although the Ukraine-Iraq analogy may be false or overstated, it may well be that now is a good time for the West to pay closer attention to those developments that do not quite fit the clichés of Belarus being a Russian satrap or Europe’s last dictatorship.

Opinion: Why are our neighbours poaching our history?

It is a country’s business what monument, where and how it will be built or demolished. For...

President's adviser Neliupšienė on Belarus and her new book

The development of Lithuanian-Belarusian ties could become the basis for closer communication...