Why are many Lithuanian party leaders not standing for their parties in elections?

the Lithuania Tribune, LRT
aA
MEP Valentinas Mazuronis, the chairman of Lithuania's Labour Party, has confirmed he will not be leading his party in October's general elections. That, according to a political analyst, shows that he prioritizes a cushy seat in the European Parliament over volatility of national politics. 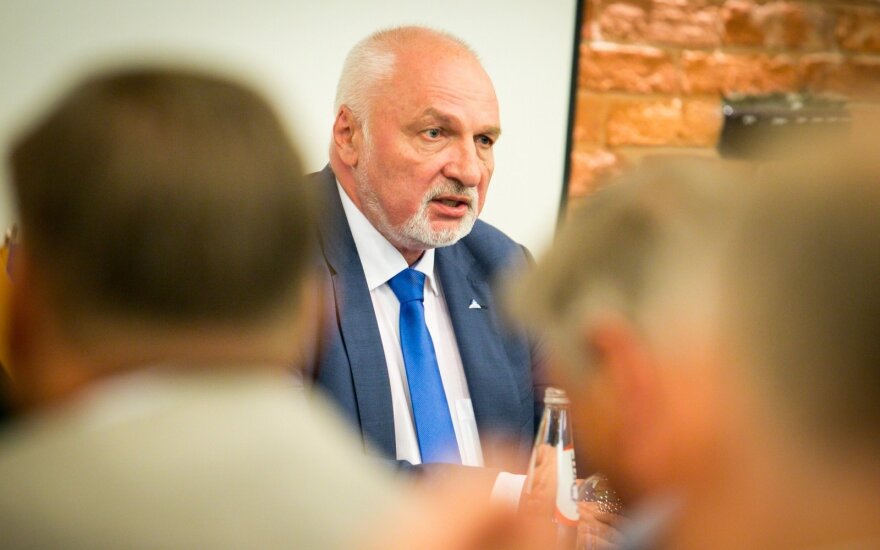 Mazuronis announced his decision not to run for a seat in the Lithuanian parliament, Seimas, on Monday, arguing that by giving up his mandate in Brussels he would be letting down those voters who elected him to the EP in 2014, especially the 50,000 voters who rated him on the ballot.

Interestingly, though, Mazuronis was elected to the EP with a different party, Order and Justice, but ran over to the Labour Party because of alleged tensions with his former party's leaders.

Lithuania passed a law last year, forcing its MEPs and municipal council members to give up their seats before running for the national parliament.

In opting out of the national elections, Mazuronis joins a long line of Lithuanian party leaders who will not be leading their respective parties to victory.

Rolandas Paksas, the leader of Order and Justice, is also staying in the European Parliament, although he is legally barred from running for a seat in the Lithuanian parliament after being impeached as president in 2004.

Valdemar Tomaševski is another politician who has decided not to risk his seat in the EP for the possibility of leading his party, the Electoral Action of Poles in Lithuania, in national elections.

For some time, there had been some uncertainty over whether Gabrielius Landsbergis, the leader of the Homeland Union-Lithuanian Christian Democrats, would be running for parliament. However, Landsbergis, who assumed the conservative leadership just last year, resigned from the EP in May in order to concentrate on campaigning and turning around his party's declining political fortunes.

Remigijus Šimašius, the new leader of the Liberal Movement, plans to finish his term as the mayor of Vilnius and so is not leading his party in parliamentary elections either.

Mazuronis, of the Labour Party, has hinted, however, that he might consider a post in the government.

"If my experience as a former environment minister is required during the formation of the ruling coalition, I would agree to take up a job in the executive, which would mean giving up my mandate in the EP," he has told LRT.

"Granted, they have different reasons. Order and Justice leader Rolandas Paksas cannot run for legal reasons. But, for example, conservative leader Gabrielius Landsbergis spent quite some time considering whether to return from the EP. There were similar discussions concerning Valdemar Tomaševski," according to Krupavičius.

He says he could not imagine similar discussions over priorities taking place in countries like Germany, France or the United Kingdom.

Krupavičius believes that the deciding factor in Mazuronis' resolution not to run for national parliament has been the generous remuneration he receives as an MEP.

Moreover, a seat in Brussels, where he can stay until the end of his five-year term in 2019, is much more secure compared to the volatility of Lithuanian national politics.

The Labour Party, which came in second in the multi-member constituency in the 2012 general elections, is less than certain that it will be invited to the ruling coalition after October's vote - or that it would even pass the 5% threshold to win seats in the Seimas.

According to a Vilmorus poll in July, a little over 7% of the electorate would vote for the Labour Party.