Who is going to the next Seimas Speaker? 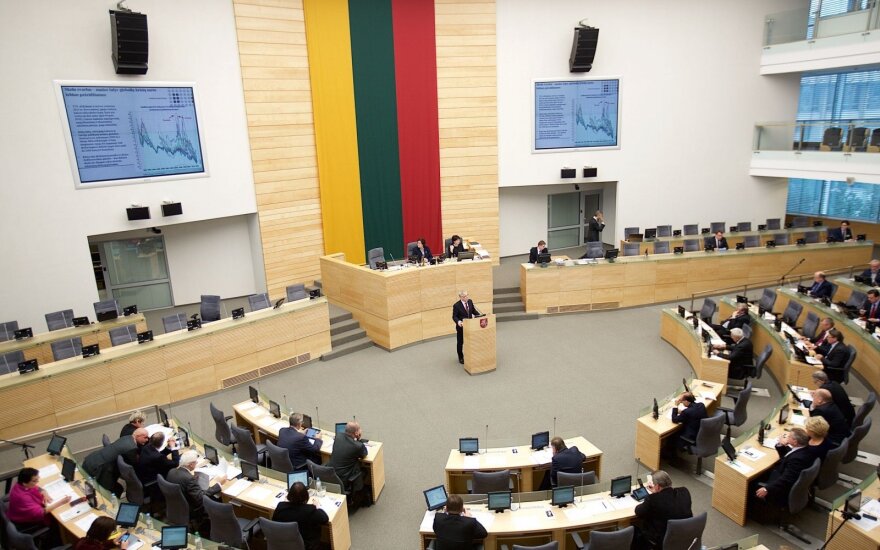 Who could take the post of Seimas Speaker? The “Peasant” leader Ramūnas Karbauskis is unwilling to give a direct answer, assuring that the question is premature, while he has also stressed a number of times that based on mandate numbers in Seimas, it should belong to his party. In the Seimas corridors it is spoken that currently the “Peasants” are considering member of Seimas Rima Baškienė and Kaunas A. Stulginskis University Agronomy faculty dean Viktoras Pranckietis as potential candidates.

“Peasant” leader R. Karbauskis assured that the question of Seimas Speaker candidacy is premature and negotiations are still ongoing on who will be heading the Seimas on the first session of the new term on November 14. “Do not provoke me with this question. I’ll say nothing. Though our potential coalition partners are not aiming for the seat of Seimas Speaker, we would like to discuss the candidacies for this post.”

Related articles
Vilpišauskas. A week after elections. A week to a new coalition?
“Peasant” weight in the coalition could drown the SocDems

Unwilling to take the post due to poor English skills

“They were probably joking, though women have already shown that they are capable of working in government posts and representing Lithuania. But if I were offered the post of Seimas Speaker, I would say a firm no today,” stated R. Baškienė, a veteran “Peasant” who is set to begin her fourth term in Seimas, having been a member of the party since 1996.

R. Baškienė admitted that she does not see herself as a suitable candidate for the post which leads Seimas primarily because her English skills are insufficient for such a high post.

“Lithuania has to demonstrate a high level of professionalism this time, thus English skills are definitely not a secondary concern. Furthermore I really enjoy working with people in my electoral district. If, however, the newcomers to Seimas need help, I will be glad to assist. We do not have the right to disappoint our voters,” stressed Baškienė.

Some members from coalition negotiation teams have hinted that if the veteran politician was unwilling to take the role of Seimas Speaker, she may be offered the seat of Seimas Deputy Speaker.

Would respect the decision of the party leadership

“I have not received an offer, but I would respect the decision of the party leadership. It would be both a sign of great trust and an honour for me,” professional agronomist, scientist and pedagogue of the topic V. Pranckietis told LRT.lt.

He did not deny having heard that his name comes up among the potential candidates for the post of Seimas Speaker.

When asked if he would not be intimidated by the need for strong organising and mediating skills demanded by such a post, the future member of Seimas stated that he has done similar work before: “Those who I have worked with before and those I work with in the university say that I am skilled at organising. I can freely speak in German, Polish and Russian, when the need arose, I learned English.”

58 year old V. Pranckietis has been working in the Kaunas A. Stulginskis University since 1986.

Speaker to be chosen in the first session

According to the Seimas statute, the Seimas Speaker is elected at the first session of the new term. Before that all members of Seimas proclaim an oath to the Lithuanian Republic.

Usually during the first session, at least a few Seimas deputy speakers are selected because the new leader has to cope with a myriad of tasks right upon being elected. Currently there are seven deputy speakers. It is being discussed that there should only be four.

Based on the Statute, the honour of heading the first session of the Seimas term is granted to the oldest member. In this term it will be up to 75 year old Juozas Imbrasas of the Order and Justice party to initiate the work of the Seimas.