BNS
Rasa Kazėnienė, former employee of the Lithuanian Prisons Department who is currently working at the Justice Ministry, has accused Vice-Minister Raimondas Bakšys of aiming to stall the audit of the prisons system. 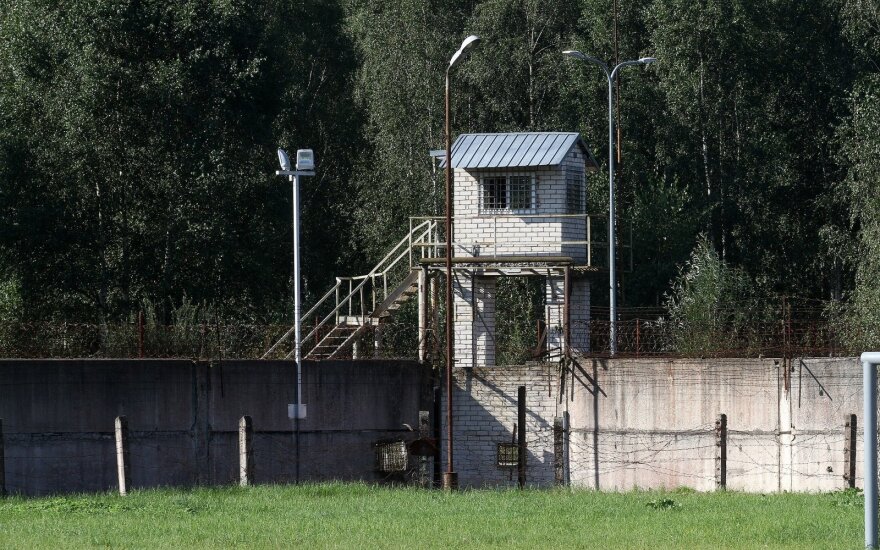 At the presentation of the audit at the government on Wednesday, Kazėnienė said that Baksys had been "the person interested in halting the processes" back when the ministry's auditors worked at the Pravieniškės penitentiary.

"One of the cases where we clearly saw opposition from vice-minister Bakšys is when we wanted to report large-scale damage to the state during the initial audit at Pravieniskes in order to open a legal investigation – this was clearly done by him, not the minister," Kazėnienė told journalists.

In her words, the ministry then "stepped on the brake", the audit continued, while the Pravieniškės institution "paved way to mitigate the circumstances."

Kazėnienė said she was currently persecuted, adding that she and her husband were followed, part of her home security system had been damaged and a piece of equipment that could be used for spying was discovered under her car, an incident that caused Kaunas police to open an investigation.

Dorita Visalgienė, the head of the ministry's Centralized Internal Audit Division, said that the audit revealed possible violations in contracts with companies that are also listed in the ongoing probe at Santaros Clinic.

"It is hard to say whether it is negligence or a conscious decision, however, we discovered acquisitions at the Prisons Department where persons convicted for corruption had been invited to take part in," said Visalgienė.

Skirmantas Malinauskas, adviser to Lithuania's prime minister, said the audit did not just reveal "millions of euros in damages."

"It disclosed a building in the middle of the Pravieniškės penitentiary – it is a biofuel boiler house built by a relative of the top executive of Pravieniškės. The building allegedly supplies heating to the penitentiary at a price he had established himself. Furthermore, there is a huge boiler room near-by, which must operate solely because the contract does not envisage electricity supplies (...). All this time, something could have been done but this didn't happen," he said.

Krikštaponis to be appointed director of Lithuanian Prison Department this week

Justice Minister Milda Vainiutė will this week appoint Robertas Krikštaponis as director of the...