What would effects of Brexit be on Lithuania and wider world?

Justinas Markauskas
aA
In three weeks, British citizens are voting on whether to remain in the European Union. The results of the referendum are hard to predict with any certainty, but one thing is clear - Brexit would be most painful for the United Kingdom itself and the country's economy. The situation of expat Lithuanians would also be inevitably affected. 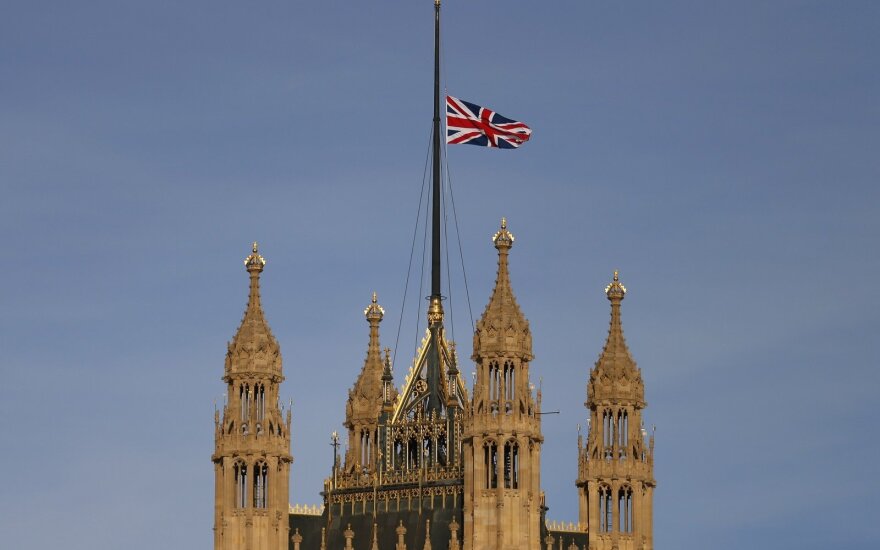 While Brexit would not have dramatic effects on the Lithuanian economy, it could drastically change emigration flows.

Many analysts estimate that if the UK left the EU, it would be a hit for the former's economy, in exchange for which the country would take back more national autonomy. The effects on the EU economy would be relatively small but it is the political effects of the UK's withdrawal that are the bigger concern.

Related articles
#HugABrit: Vilnius mayor and British expats urge Britain to vote to 'remain' in the EU
What do Lithuanian opinion formers think about a possible Brexit?

Economists of the Bank of Lithuania argue that for Lithuania, much as for the EU, the political implications of Brexit would be more significant than the economic implications.

If the UK leaves the union, it will then have to decide what kind of economic ties it will maintain with the EU. The Lisbon Treaty spells out that if a member-state leaves, it has to reach a trade agreement with the EU within two years, otherwise the UK would be put in the category of "third countries". There would essentially be three options available for Britain:

1. To remain a member of the European Economic Area (which currently consists of all EU member states plus Norway, Iceland and Liechtenstein)

2. To sign a bilateral trade agreement with the EU (like the one that the EU has with Switzerland, Turkey, Canada and other countries)

3. Not to sign any special agreement and become a third country

The more freely the UK wants to trade with the EU, the more social and economic rules it will have to accept even without being a member.

Moreover, outside the EU, the UK would not be able to significantly influence EU decision making. In exchange for free trade, Switzerland, for example, pays contributions to the EU's coffers, guarantees free movement for EU nationals, and has to implement many EU rules relating to environmental protection, climate change, energy and social welfare.

Effects on the UK

Most economists agree that Brexit would have negative effects on the UK's economy. Based on different estimates, the long-term effects on Britain's GDP could range between -20% to 2%.

If Britain voted to leave the EU, this would significantly increase uncertainty about its economic future. This could cut the value of the UK's financial assets (shares, bonds, currency) and raise borrowing costs.

The effective exchange rate of the British pound has lost 9% since last November. If it depreciated even more, this could lead to price rises in the UK, while positive effects on exports would be short-lived.

The uncertainty could force businesses to hold back on investment and even fire some of their workforce. This would slow down Britain's economic growth or might even reverse it.

The UK's foreign trade and direct foreign investment would also contract in the long run, economists believe. This would depress productivity growth prospects and could upset the status of London as an international financial hub.

The effects on UK government spending could also be negative. On the one hand, the UK would save on the contributions to the EU budget (which currently amount to about 1% of all taxes). On the other hand, in the event of an economic contraction, the UK government would collect less in taxes.

However, a small number of economists argue that Britain's GDP would actually grow faster if it left the EU. The argument rests on the assumption that Brexit would free Britain to negotiate freer trade deals with other countries and significantly liberalize regulation for business.

However, it is rather unlikely that the UK could strike quick deals, since the trade deal between the much more influential EU and Canada took seven years to conclude. Moreover, the business environment in the UK is already more liberal than in most of the developed countries.

Brexit would affect Britain politically as well as economically. First, British people would have more power to shape the economic and social environment in their country. True, how much more power they'd get would depend on the new trade deal with the EU. Moreover, there is a possibility that, in case of Brexit, Scotland would hold another referendum on leaving the UK in order to remain in the EU.

Effects on the rest of the world

If the UK left the EU, this would bring in more uncertainty and volatility into the global financial markets. The exact extent is difficult to assess because of the lack of a comparable precedent.

The negative effects on the European Union's economy would be rather limited. The direct effect on exports is expected to be insignificant, since the UK accounts for only 7% of the EU's total exports. Potentially greater fluctuations in the EU financial markets would present greater risks to states with higher debt. Investment growth could slow down, even though direct foreign investment in the EU and Ireland in particular, could actually grow, if firms decided to move some of their assets from the UK to the EU.

Political effects would be more significant than economic. With the European project subjected to intensifying criticism, Brexit would present another challenge to European integration. Moreover, the EU's political and economic role in the world would definitely be weaker without the UK than otherwise.

There is no reason why Lithuania's economic growth should slow down because of a Brexit. Lithuania sells 5% of its exported goods and services in Britain. Individual sectors could suffer more, for instance leather processors sell about a fifth of their production in the UK.

On the other hand, Britain is the most popular destination with Lithuanian migrants. About half of all people who left Lithuania since 2010 went to the UK. If Britain left the EU, migration flows are likely to change. Those Lithuanians who might be planning to leave for the UK would either stay at home or go to other places: Germany, Ireland, Norway.

Remittances of Lithuanian expatriates home totalled €1.1 billion last year, with the biggest share coming from the UK. This, obviously, would be affected, too.

For Lithuania, like for the EU as a whole, the political consequences of Brexit would be much more acutely felt than economic. However, if European unity takes more hits, Lithuania - a small and open economy - could face greater economic consequences in the long run.

#HugABrit: Vilnius mayor and British expats urge Britain to vote to 'remain' in the EU

As British voters are hitting the polls this month to decide whether the United Kingdom should...

What do Lithuanian opinion formers think about a possible Brexit?

British voters are hitting the polls in six weeks to decide whether their country should stay or leave...

As Britain is nearing a crucial vote on continuing its membership in the EU, Lithuanian experts say...