the Lithuania Tribune, LRT
aA
Most of the media coverage of the investigation into and controversy surrounding the allegations against Liberal Movement leader Eligijus Masiulis has focused on the short term impact of the crisis, but what will long term impact on the Liberals, Lithuania’s electoral system and the next general election be? 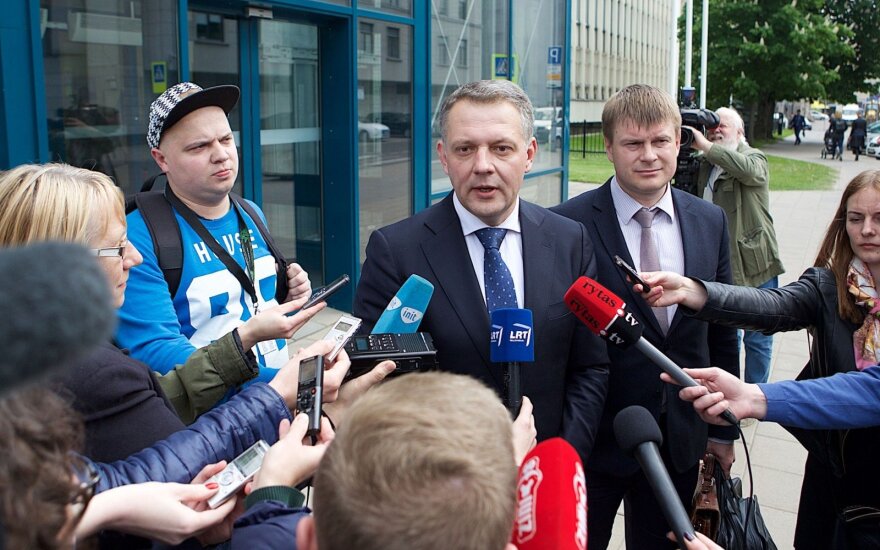 Political scientist Ainė Ramonaitė believes that it's not even relevant how the legal proceedings against the Liberal Movement leader ends – much has been lost simply because the party's voters heard the message being sent. It may be difficult to ever dispel their disappointment with a party that had prided itself on being clean and transparent.

“In any case, this event will be one of the most important ever in Lithuanian politics and will have a fairly significant effect on the development of the party system itself,” said Ramonaitė, who is a professor at the International Relations and Political Science Institute at Vilnius University.

However, for lawyer Algimantas Šindeikis, the Liberal Movement's corruption scandal raises one very significant issue - whether the law that forbids individuals from financing parties and criminalises that act is correct.

“If this was just support for the party and not a payment to make the Liberal Movement to work according to the interests of MG Baltic then I think that the situation has been over-dramatised,” said Šindeikis.

Šindeikis emphasised that as the case against former Liberal Movement leader proceeds voters should not forget one of the most fundamental principles of a state that operates based on the law – the presumption of innocence. 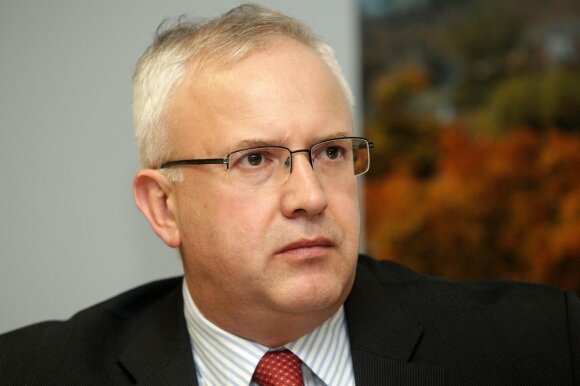 “In broadcasts, we are hearing the fact that the politician was bought and traded in influence, but this is only the prosecutor's position. We must also know Mr. Masiulis' position and only draw conclusions then. Without a doubt, it all seems rather complex (a complex deal between a businessman and a politician), but I'd still suggest we remember the presumption of innocence,” said Šindeikis.

Some may never vote again

Ramonaitė said she fears that level of voter participation in the upcoming elections could drop sharply because of this latest in a string of scandals to hit Lithuanian politics. She believes its biggest effect could be on young people who may previously have planned to participate in the elections but have been disappointed by the situation that has developed and lose faith in the political system, meaning that they may never vote again.

“This may sound somewhat dramatic but it has been proven in scientific studies that much depends on whether a person goes to vote for the first time when they become eligible to vote. If they don't participate then that could mean that they will fall out of the political game. For me, as a political sociologist, the greatest cause of concern is that this could have long-term consequences for the level of general voter participation,” said Ramonaitė.

Some commentators have pointed out that Masiulis never stated that he was not guilty of the alleged offences, the way other politicians have done in similar situations. Masiulis has stated that law enforcement will get to the bottom of the situation, resigned from his role as the Liberal Movement's chairman, and is in the process of resigning his seat in Lithuania’s parliament. On the other hand, Rolandas Paksas, the leader of the Order and Justice party, has said that a leader should not resign if they feel they are in the right.

“I think that Mr. Masiulis’ behaviour has been very solid and that he shouldn't be compared to Paksas,” said Šindeikis, referring to Masiulis' immediate resignation. “These are totally different politicians: one understands his career as a politician to be constant terrorisation of the state, and the other resigns from his party to give it the opportunity to distance itself from the actions that he may have done.”

Šindeikis also said that we must consider whether the law forbidding legal persons from financing political parties is correct.

“We see that it might have been like this, that the financing was extended after all, and that the criminalisation of such behaviour has put a fairly solid party and a solid politician in a very complicated situation,” said Šindeikis.

On May 13, in response to a question on whether or not he accepted a bribe, Masiulis said: “There is much I'd love to say, and I will when the time comes. Today, unfortunately, I cannot say anything due to the regulation of the process. However, I can ensure that I will use legal means to prove that I am right and to get the charges against me dismissed.”

Ramonaitė also praised Masiulis' reaction, which she classed as ‘Western’ in that he did not try to blame the state for the allegations (by saying he was unjustly targetted) or reduce trust in the state's institutions. 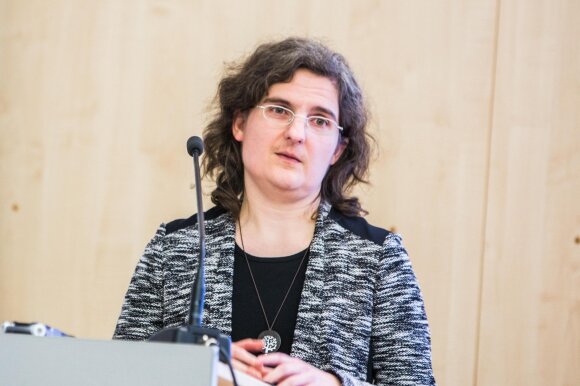 “It's hard to predict what will happen, but I am also inclined to think that this was probably the party's money rather than personal money. The company probably gave the funds (and probably more than once) after it was forbidden to legally finance parties. These things probably took place illegally, but that does not justify the politicians' actions,” said Ramonaitė.

Desire for real change among Liberals?

Antanas Guoga, formerly the party's acting chairman, had recently claimed that he would cede control of his Lithuanian businesses, replace the party's secretary, and have the party's leadership undergo polygraph tests. Now Guoga is gone and the party’s future is in the balance.

Prior to Guoga’s exits, Ramonaitė had presciently said of Guogas' actions “I doubt that other members of the party will want a leader who would essentially significantly change the face of the Liberal Movement. I think that it was inevitable that they must put off the selection process for a new leader since it's unclear what they should do in this complicated situation,” said Ramonaitė.

Prior to his leaving the party, Lauras Bielinis, a professor at Vytautas Magnus University, had said that the job of saving the party's reputation had fallen to Guoga: “I think his actions are correct. What else can the party's new, albeit temporary, leader do when his party has entered a crisis?” But now Guoga is gone.

Šindeikis, however, believes that it's important to understand what sort of deal it was that occurred between MG Baltic and the Liberal Movement. Was it support for a fairly liberally-minded and pro-business party so it could come into power in Lithuania, or, as prosecutors have stated, was it trading in influence?

Bielinis is convinced that if money is found in a politician's home, that means that the money either represents a bribe or is part of the party's black book-keeping. The law requires that all money would be transferred to the party's official account, which Bielinis said shows that there was already a violation.

“It's up to law enforcement to decide on that fact but our opinions, the public's opinions, vary. Many want to defend or justify, but it's probably not worth justifying that which, legally, is very hard to explain.”

When asked about the outcome of the case, Ramonaitė said that the legal and political aspects of the case must be looked at separately.

“Legally, I think that it won't be as simple as him taking a bribe. There may be some more interesting or complicated details, and he might climb out of that puddle more or less wet. But politically, the blow will be very significant, especially with so little time until the elections – the liberals had caught a big wave of support but now the tide is receding at a rate of knots,” she said.

'I will face justice as ordinary citizen' - Masiulis

MP Eligijus Masiulis , who is facing charges of bribe taking and influence peddling, said after being...

MP Eligijus Masiulis , who has suspended his leadership of the Liberal Movement pending...

Photo of the Week: Facing the music

In this photo, Liberal Movement chairman Eligijus Masiulis faces questions from reporters on the...

Lithuanian prosecutors will ask a court to issue an arrest warrant for MG Baltic vice-president...