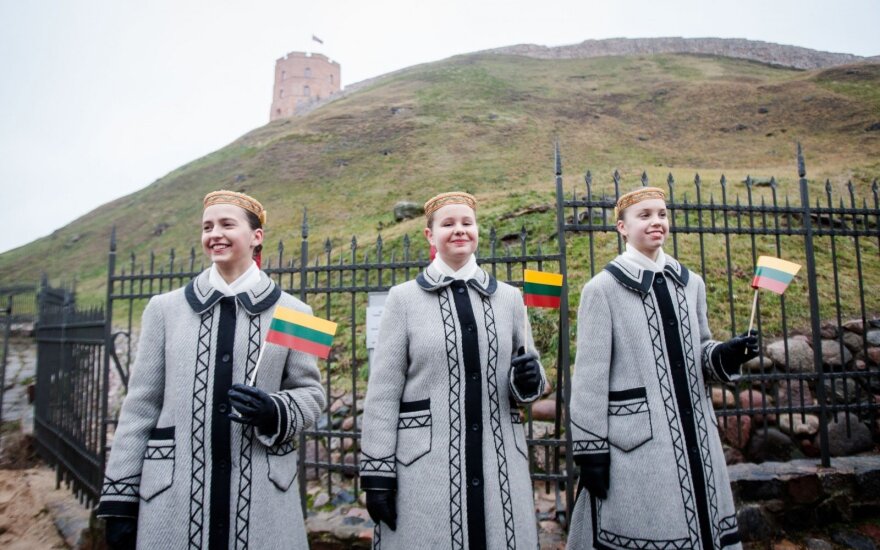 The plans of the ruling Peasant and Green Union's leader Ramūnas Karbauskis to shift the center of political power from the government to the parliament may cause tensions due to different positions of MPs and the Cabinet of Saulius Skvernelis. President Dalia Grybauskaitė has been more favorable in advance to the new government than to the earlier Cabinet of Algirdas Butkevičius, and 2017 will show how practical cooperation goes. Search for compromise on the reforms of labor relations will be one of the main challenges for the new administration in the first six months of the year.

Threats from Russia and the European Union's financial support should hinder the accession of the wave of Euro-skepticism to the Lithuanian society, however, Brussels' moves on restriction of land sale to foreigners, budget deficit and Lietuvos Geležinkeliai (Lithuanian Railways), the state-run railway company, may cause a higher degree of opposition to EU institutions.

The conservative Homeland Union – Lithuanian Christian Democrats and the Social Democrats will elect new leaders. The conservatives' leader Gabrielius Landsbergis may be challenged by representatives of the Christian Democratic flank, for instance, Žygimantas Pavilionis, Laurynas Kaščiūnas or Paulius Saudargas, while Mykolas Majauskas and Agne Bilotaite are also considered potential hopefuls. Among candidates for the Social Democrats' leadership are Mindaugas Sinkevičius, Vilija Blinkevičiūtė and Gintautas Paluckas, however, some party members still think that ex-PM Algirdas Butkevičius could still change his decision not to run for re-election. The situation with the Liberal Movement and the Order and Justice Party will depend on the course of the ongoing investigations into political corruption.

Lithuania hopes to sign an agreement on the status of US troops prior to the presidential inauguration of Donald Trump, with a German-led NATO battalion including tanks and infantry fighting vehicles deployed in Lithuania within the first six months of the year. Russia may attempt to use this as an excuse for more intense militarization of its Kaliningrad region wedged between Lithuania and Poland. More clarity on NATO's future and US commitments may emerge after the Alliance's summit in Brussels in late spring. EU's relations with Russia may be revised by the results of the elections in France and Germany. More active discussions are expected in Lithuania about general recruitment and military training in schools. As Lithuania receives Allied troops and continues modernizing its Armed Forces, it may face difficulties due to underdeveloped infrastructure.

Relations with Germany should remain Lithuania's main priority in Europe. Although the government has declared its aspiration to restore stronger bilateral ties with Poland, Warsaw has not pledged a breakthrough until Lithuania makes decisions on education and name-spelling of the local Polish minority. The relations with Belarus will be influenced by Lithuania's stance on the Astravyets nuclear power plant. Lithuanian diplomats will be involved in negotiations on Britain's exit from the EU, and Lithuania's voice will be heard along with that of Poland about the conditions for emigrants.

The European Court of Human Rights should publish findings on the alleged CIA prison in Lithuania and rights of persons convicted to life in prison.

Emigration flows were consistently on the decline in 2011–2014, however, the number of those leaving Lithuania soared again in 2015 and 2016, regardless of general growth of economy and salaries. 2017 may bring the first signs of the impact of Brexit and decisions of the new government.

Vilniaus Energija (Vilnius Energy) operated by the French concern Veolia will withdraw from the Lithuanian capital's heating sector, however, the legal disputes on investments and the company's operations may continue for a year or so. Lithuania may receive the first shipment of liquefied natural gas (LNG) from the United States of America. After liberalization of the gas market in Latvia, Lithuanian companies may attempt selling gas to the neighboring country's companies. The Baltic states will continue harmonizing their position with Poland on synchronization of the electricity system with Western Europe. Russia may attempt to suspend the plans due to what it says concerns over energy isolation of the Kaliningrad region.

Refugees will be transported to Lithuania, however, the country will probably fail to meet the quota of 1,105 refugees by the end of the year. Many other European nations also won't meet the EU quota, and travels of refugees to Germany or the Nordic region will continue to raise doubts about the expediency of the quota program.

The port city of Klaipėda is becoming the Capital of Culture. It should turn out in spring whether Klaipėda will secure the title of the European Capital of Culture for 2022 or whether the city loses to Kaunas. The renovated Lukiškių Square will be opened in Vilnius in the second half of 2017. Lithuania will mark 100-year anniversary since the birth of Lithuanian-born French linguist Algirdas Julius Greimas and 120-year anniversary since the birth of writer Ieva Šimonaitytė. In August, Robbie Williams will stage a concert in the Vingio Park in the Lithuanian capital.

The new Prime Minister Saulius Skvernelis says that the concluded 2016 was a difficult year for...