What Lithuanians really think about immigration

(2)
LT Daily, DELFI
aA
Lithuanian residents would prefer to receive immigrants of the same ethnic group or race with barely 13 percent wanting to accept immigrants that are of another race or ethnic group. A survey performed by the Kaunas University of Technology (KTU) revealed these and other insights into the Lithuanian public's opinions regarding immigrants. 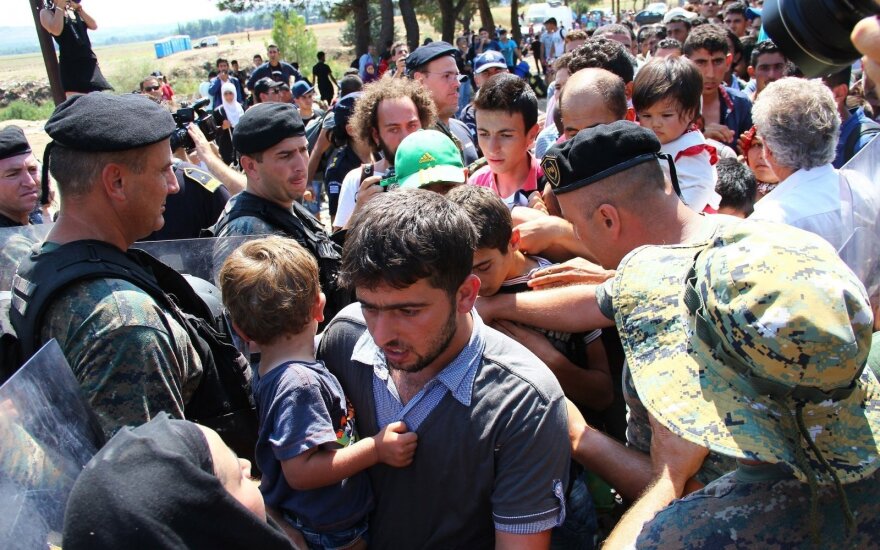 Another interesting fact was that the willingness to accept or reject immigrants was closely related to respondents' household income and age.

The study, which was performed in April-June of 2015 for round 7 of the European Social Survey, asked respondents about how many of the people arriving to live in Lithuania should be allowed to stay there, and whether this should depends on their nationality, race or residence. They were also asked whether they thought the immigrants would hurt or help the Lithuanian economy and whether they would enrich or hurt Lithuania's cultural life.

The survey's results indicate that 26 percent of respondents believe that most immigrants should be allowed to come to Lithuania and live there if they are of the same race or ethnic group as the majority of Lithuania's residents. If the immigrants are of a race or ethnic group different from that of the majority of Lithuanians, however, only 12.7 percent thought that most of them should be allowed to come.

“We can draw the conclusion that Lithuanian residents would be most willing to accept immigrants that are of the same ethnic group or race as the majority of Lithuanians, and that the least-wanted immigrants would be those arriving from countries poorer than Lithuania outside of the EU,” said Ligita Šarkutė, who works at the KTU's Public Policy and Administration Institute.

While responses to most questions tended not to vary based on gender, Šarkutė indicated that age played an important factor. Older respondents, especially those older than 60 years of age, were far more likely to choose negative options for both cultural and economical factors. Younger respondents – from 15 to 25 – formed almost a third of those who offered very positive responses for the influence of arriving migrants.

In addition to age, income also made a difference in responses to the survey. When respondents were separated into three intervals ranging from smallest to largest household income, it was clear that those living in the highest household income bracket believed that immigrants would have the most positive effect on Lithuania. More than a third indicated that immigrants would have a positive economic effect, while just under a third believed that they would have a positive cultural effect as well.

“The most negative opinions about immigrants were held by the respondents with the lowest household income – more than a fourth of them indicated that immigrants would have a negative economic impact when coming to Lithuania. A similar percentage of this group saw immigrants as a negative effect on Lithuania's culture,” explained Šarkutė.

It's worth noting that the survey took place before the tragic Paris attacks. Political scientist Algis Krupavičius, however, doesn't think that this would have significantly affected the results. “Essentially, [opinions] did not change, and tendencies remained the same. They are long-term things that take more than a year to form. Politicians – both extreme and moderate – are responding to a changing trend, but we can't really say that there was an essential shift. The newest polls show similar tendencies as well.”

A new information portal designed to ease immigration to Lithuania for highly-skilled specialists and...