What are NATO's capabilities in Lithuania ahead of Warsaw summit?

The Lithuania Tribune, BNS
aA
NATO is expected to approve plans to deploy a 1,000-strong multinational battalion to Lithuania during its summit in Poland on Friday - but what are its current capabilities in Lithuania? 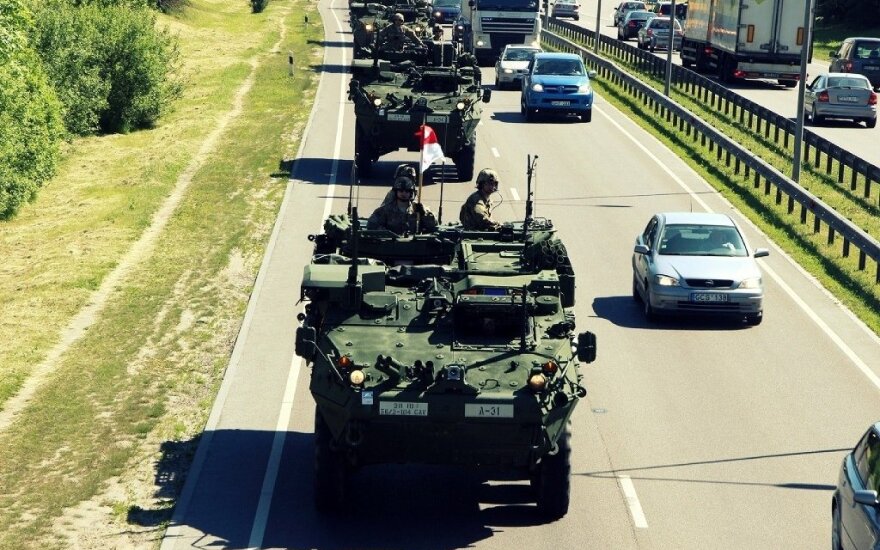 US troops in Lithuania

Here is an overview of NATO's current capabilities in Lithuania:

NATO fighter-jets, based in Siauliai, have been patrolling the skies of the three Baltic countries since 2004. The jets are scrambled several times a week on average to identify and escort Russian military aircraft flying over the Baltic Sea. The air-policing mission was expanded to Estonia following Russia's annexation of Crimea.

NATO in 2010 drew up secret plans to defend the Baltic countries against a Russian attack. There were no such plans during the first six years of the Baltic States' NATO membership as the West did not want to strain relations with Moscow.

The NATO Energy Security Centre of Excellence has been operating in Vilnius since 2012, providing analysis on energy issues. Its staff currently comprises 14 Lithuanians and seven foreigners.

US troops and equipment

A rotational company of US troops, up to 200 soldiers, has been stationed
in Lithuania since the spring of 2014. Other allies send their troops for exercises on a non-regular basis. US military equipment, including tanks, used for training and exercises in the region has been stored in Mumaiciai, close to Siauliai, since 2015.

A small NATO headquarters, called NATO Force Integration Unit (NFIU), was opened in Vilnius in September 2015. The NFIU is under command of Danish Colonel Jakob Sogard Larsen and has around 40 military personnel, half of whom are Lithuanians and the other half are military personnel from allied nations.

Starting on Monday, Lithuanians driving into Poland should be prepared to show their passports or...

President Dalia Grybauskaitė has said that Germany , which will be leading the new NATO...

While continuing to exchange barbs, the West and Russia are building a more institutionalized pattern...